If ever there was an artist that firmly stood at the intersection of rhythm and blues it’s Robert Cray. While the Georgia native has earned numerous accolades (and quite a number of Grammys) for his acumen as a blues artist, Cray’s vocal and playing style is far more reflective of his deep and abiding love of soul music. So it goes with his forthcoming album, That’s What I Heard. While this collection features its share of original numbers penned by Cray, there are a number of more obscure R&B covers the 66-year-old was inspired to cover by longtime friend Steve Jordan, who reunited with Cray to play drums and produce this set.

“We once again had the opportunity to work with Steve Jordan, which is always a good thing. So we started talking about songs and he told me about this CD [Groove & Grind: Rare Soul] he said I should order, which is what I did. It’s a compilation of old R&B tunes, from which we got two songs for this record. We got ‘My Baby Likes to Boogaloo’ and another one called ‘Do It,’” he recalled. “Upon hearing the first track on that compilation, which is ‘My Baby Likes to Boogaloo,’ I called Steve up and told him I had to do that song. He said he knew it and that he was going to play drums on it. That kind of set us in the mood. We started looking at tunes after that. Steve came up with the idea of maybe doing a gospel tune, so I went to the record pile and came up with the Sensational Nightingales song, ‘Burying Ground.’ The band started putting songs together and I started thinking of other covers and Curtis Mayfield and Bobby ‘Blue’ Bland came up. That’s how it came about. But Steve always sets the mood.”

For this album, Cray and Jordan did a deep dive, with the aforementioned “Boogaloo” and the 1971 Bill Sha-Rae representing hard-edged funk with an added bonus being the six-string contributions of guest guitarist Ray Parker Jr. (who played in Sha-Rae’s band as a teenager) lending some grit to the proceedings. (“We were all in the control room watching this cat work and he was hitting it hard,” Cray shared). Elsewhere, the inclusion of “Burying Ground” was a nod to Sundays from Cray’s youth, when his parents reserved the stereo for spinning numerous gospel records. As someone who inherited the blues elder statesman mantle from idols like Muddy Waters, John Lee Hooker and Albert Collins, all of whom Cray had played with years ago, he sees this blending of sounds as part of the evolution of the blues that he’s seen occurring in the past few decades.

“There’s all kinds of stuff going on. There are a whole lot of younger cats playing guitar and coming out. There are people playing acoustic-style blues and there are a whole lot of female singers now, which is great,” he said. “I spoke with someone earlier today and we mentioned the fact that the music is changing, because it’s supposed to. It’s incorporating a lot of other genres mixed into it, which it’s supposed to, because nobody is an Albert Collins, John Lee Hooker, Albert King or anybody like that. It’s a whole new world now and I’m glad people are picking up on the old and putting their own stamp on that and adding their own thing to it. It’s good.”

Cray’s own musical journey had him playing piano as a child. That is, until he caught The Beatles on the Ed Sullivan Show. Cray switched to guitar at 12 and spent his teen years growing up in Tacoma, WA. While playing the West Coast college circuit and collaborating with fellow blues artist Curtis Salgado in the Cray-Hawks, Cray got cast as an uncredited bass player in Otis Day and the Knights, the house band in the 1978 film Animal House. By the ‘80s, he’d built his reputation as a live artist in Europe and the United States, eventually finding crossover success with Strong Persuader, his 1986 major label debut, which also yielded the hit crossover single “Smokin’ Gun.” 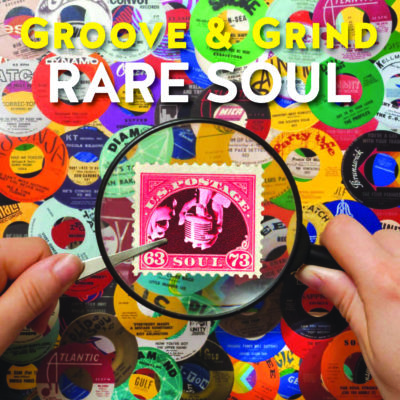 “You don’t get all that support you used to get from the record companies. That seems to be gone, where you had these big family-type situations. It’s a big change. You hope you can sell something online that more people might get hold of,” he said.

That said, the approach to playing live music hasn’t changed and it’s one he still enjoys immensely. So much so, that touring plans include heading over to Europe for a string of dates in April after a quick run through the East Coast.

Robert Cray will be appearing on March 1 at The Patchogue Theatre for the Performing Arts, 71 E. Main St., Patchogue. Visit www.patchoguetheatre.com or call 631-207-1313 for more information.