Getting Funky With Aaron Neville

Aaron Neville is a balladeer. It’s a fact that’s been well established ever since the world at large got to hear him croon his 1966 hit “Tell It Like It Is.” It’s been a constant through his time in The Neville Brothers and the latter years of a solo career that included his pair of 1989 Grammy-winning duets with Linda Ronstadt (“Don’t Know Much,” “All My Life”) and his 1991 Top 10 cover of The Main Ingredient’s “Everybody Plays the Fool.” That knack was also most readily apparent in 2013’s My True Story, a covers-packed homage to the doo-wop-based music of the New Orleans native’s youth. That makes his latest project, 2016’s Apache, quite the revelation given how much of the material Neville recorded has a funkier edge to it. Combine that with the fact that this is only the second time in his 56-year recording career that the septuagenarian musician has co-written nearly an album’s worth of material. With lyrics evolving from a poetry journal of Neville’s that he’d been keeping since the 1970s, this circumstance, combined with his working with retro-soul producers Eric Krasno (guitarist for Soulive and Lettuce) and Dave Gutter (frontman for the Rustic Overtones) make this a musically rich project deserving of more scrutiny. 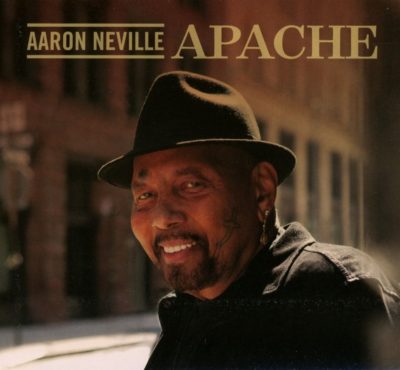 “I told my manager that I wanted to do something with my poetry, because I write on my cell phone and I’ve got about 150 songs on it and I wanted to put some of them to music. I met Eric at Jazz Fest in 2014, plus he’s been working with my son Ivan in Soulive,” he recalled. “So we got a hold of Eric and Dave Gutter for me and they hooked it all up. We started doing the music over the phone and they’d send me ideas and I’d say yay or nay if I liked it or not. We went into the studio and it didn’t take that long to finish.”

Opening cut “Be Your Man” sets the tone with an insistent tempo, gnarly wah-wah guitar and punchy horn lines that make it sound like a lost outtake from the Superfly soundtrack. From here, Neville manages to wrangle everything from organ-goosed New Orleans struts reminiscent of Neville Brother Art’s legendary crew The Meters (a slinky “Stompin’ Ground”) and pure gospel-infused testifying (an ever-soulful “Heaven”) to a samba-ish, Sam Cooke ode to his current wife (an endearing “Sarah Ann”) to the kind of flat-out funk that Daptone Records has been effectively resurrecting for the past couple of decades (the in-the-pocket jam “Hard to Believe.”) Wrapping it all up in a perfect bow is the closing medley of traditional nuggets “Down By the Riverside/When the Saints Go Marching In.”
It all represents a new beginning for the burly singer, whose main gig with The Neville Brothers ended when the hallowed Louisiana outfit called it quits in 2012 only to briefly reunite to perform a 2015 farewell concert in their native New Orleans. It’s a new chapter that has him blissfully living in upstate New York with his wife. 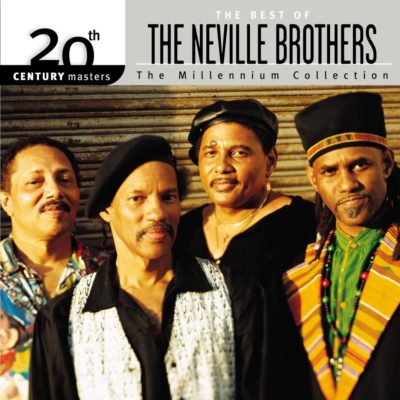 “What was great was that we were together and we didn’t just go around the country, but traveled the world. And we got to go on the road with some great people like The Rolling Stones and Santana. By the end, I had my own things that I wanted to do and I’ve got a long ways to go and a short time to make it in,” he said. “I like the serenity and peace up here in Pawling. I go out in the yard with my little dog Apache and my wife Sarah is in the kitchen making doggie treats and also ice cream from our strawberries. And unlike the city, I don’t have to get up and walk around to wherever I need to get to. I think I’m even getting used to the cold.”

Nowadays, Neville is bouncing between touring as either a duo with keyboard player Michael Goods and the Aaron Neville Quintet (which includes brother Charles). Regardless of which lineup you catch him performing with, Neville’s deep canon and love of music has him promising quite the concert-going experience for those coming out to see him.
“My brother Charles is under the weather right now, so it’s a quartet of slamming musicians that you’ll see,” Neville explained. “Fans can expect a fantastic show and they can expect to laugh, cry and cheer-all of that.”

Aaron Neville will be appearing on Jan. 6 with the Dave Matthews Band, the Trey Anastasio Band and Hurray For the Riff Raff as part of the Concert For Island Relief at Radio City Music Hall, 1260 Sixth Ave., NYC. For more information, visit www.radiocity.com or call 866-858-0008.