Get Ready For The All-New Rav4 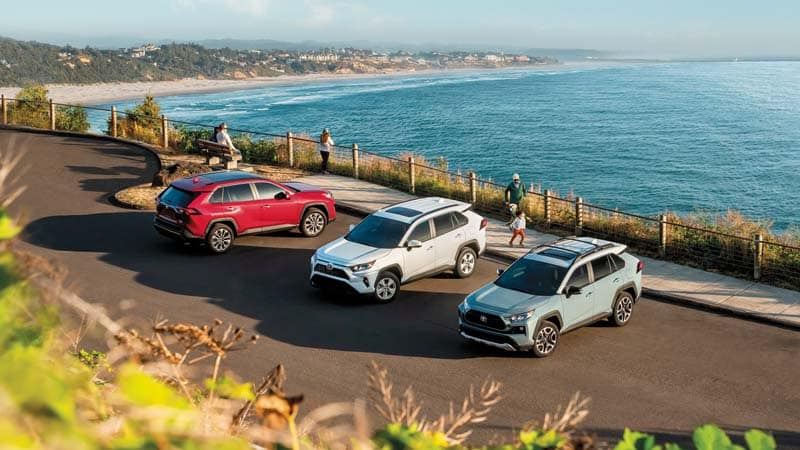 The 2019 Toyota Rav4 is sleek and smooth. It doesn’t look like the SUV from 1996, when it first debuted in America. A year later, the all-electric version of the SUV was revealed, setting the standard for automakers across the globe.

The all-new Rav4 features the fresh Toyota grille, shying away from the old look for Toyota SUVs. Traveling long distances won’t be a problem, either. The Rav4 gets an estimated 26 mile per gallon and 35 on the highway.

This compact SUV is ranked No. 3 by U.S. News and World Report. It has plenty of cargo space, as well as safety features galore. This Rav4 has 27 horsepower more than the 2018 version, making it just a bit more powerful for those who love speed.

We spoke with Everett Ulmer, a sales manager at Westbury Toyota, who explains why Long Islanders need to take a look at the 2019 Rav4.

It’s completely restyled. There’s all-new technology, including Apple CarPlay. There are new safety features. The Toyota Safety Sense is the new standard on all of the cars. They have cold weather packages, so you have heated seats and steering wheels on the lower trim models, which you could only get on the fully-loaded, limited and platinum vehicles. They completely revamped it and it looks great. The miles per gallon is high, so it’s tremendous. 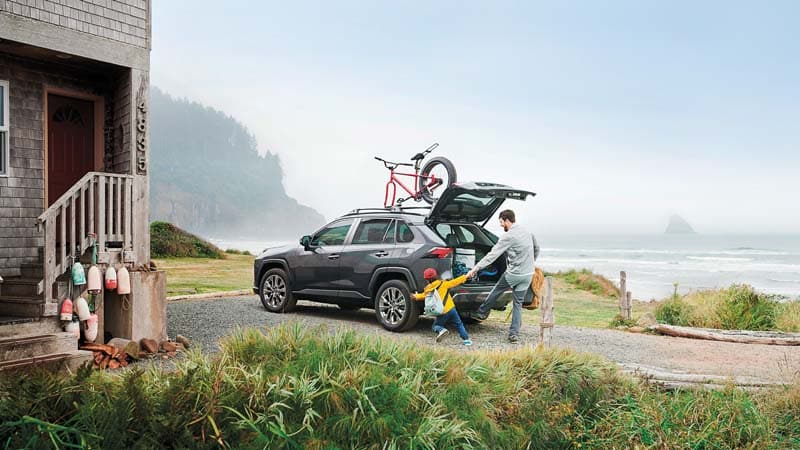 What makes this stand out compared to the rest of the Toyota fleet?

The styling. Toyota stepped up their styling over the last five or so years. All of the new models make the styling really stand out. Toyota still stays true to their tradition. But they’re finding a way to make the cars fancier and stand
out more.

Which version of the Rav4 is the most popular?

The XLE is best. On the XLE model, there’s a big swing where you can get one that’s trimmed down, but still get a lot of stuff. You can still get a bunch of features in the car and at a reasonable price. They have the cold weather package. On the XLE model, you can get heated leather, heated leather steering wheel, power-driving seats, which you’d usually have to go to the limited model to get. Customers used to have to spend an extra $6,000 to $8,000 to get that, but now they don’t have to spend the couple of extra thousand.

What makes the Rav4 stand out compared to the SUV competition?

I would say Toyota’s reputation is what makes the Rav4 stand out. Toyotas are known as one of the most reliable brands. They stay true to that. They build a quality car and it looks great as well. The lines on the car looks great. Toyota used to have a boxy-look to it, but now, it looks sleek.

What is the Toyota Safety Sense?

Obviously, Toyota’s core belief is safety. The customers need to be protected in the cars. In 2017, Toyota came out with that technology and made sure every car in the lineup had that, including the new Rav4. You have the dynamic radar cruise control, which allows the car to monitor the distance between two vehicles, so you’re keeping your distance and increasing and decreasing speed accordingly. You have the automatic high beams, which gives you enhanced visibility. With autonomous cars coming up, a lot of features in cars are starting to have the ability to do things like that.