From The Bee’s Mouth To Yours 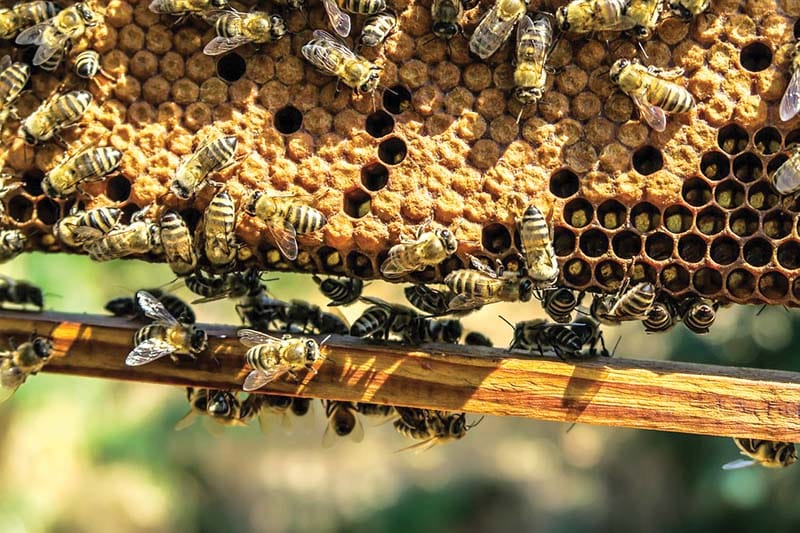 When you think about it, honey is basically a human-imposed tax on bees.
Those winged workers spend their entire lives building nests, serving their queen, and making honey—before eventually a beekeeper (the “taxman” in this scenario) comes around to collect a portion of their sweet earnings for use in food products, beauty supplies, and as pop culture fodder for the likes of Winnie the Pooh.

On the surface, it seems like a raw deal for the bees. But when you think about it, bees would make honey even if we didn’t seek it out. Also, apiarists—the fancy word for beekeeper—build elaborate hives for their colonies, giving the bees a safe haven for honey making. When you think about it like that, the bees have got it made.

For us humans, honey is most likely a staple in every kitchen cabinet in the world. Each one of us have either a bear-shaped squeeze bottle or traditional glass jar of sweet, sticky amber goodness at the ready for teas, sauces or as a way to ease the ingestion of something bitter or medicinal. But what are the different types of honey and who was the first brave soul to stick their hand in a wild bee nest? 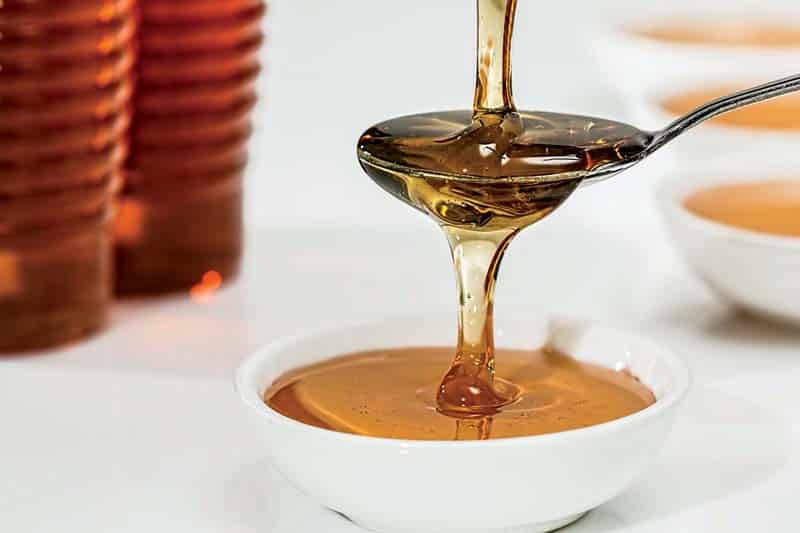 A Drizzle of History

Honey and humans share a history that stretches back more than 10,000 years, with honey harvesting depictions showing up in cave paintings. One of the more famous ones being that of a honey seeking stick figure robbing a wild bee colony was found in Valencia, Spain. And the first human to go for the honey gold likely observed primates trying it first—and even though they probably witnessed the wrath of the bees, they still chose to strive for the spoils of war. The pain of a bee sting is short-lived, while the glory of honey lives on.

The first domesticated beehives trace back to the Egyptians, who would carve out pseudo hives for swarms in tree trunks. Unfortunately, this method often resulted in hives being destroyed by the ancient beekeepers during honey harvesting. The practice continued until the mid-19th century, when the American apiarist Rev. Lorenzo Langstroth created the “collateral hive,” which consisted of a series of combs that could easily be slid in and out while keeping the hive itself intact. Bees everywhere owe a debt of gratitude to the ol’ reverend. 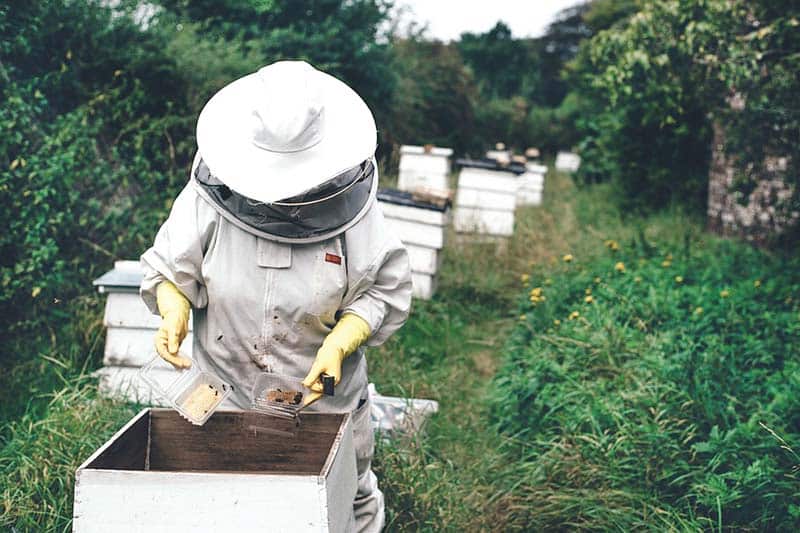 All The Honey In The World

The color, taste and variety of the world’s honey depends entirely on where the bees get their buzz on and the blossoms from which they gather the nectar. In the U.S., there are more than 300 unique types of honey, each from a different floral source. Colors range from almost clear to the darkest of dark browns, with flavors existing on a broad spectrum from subtle and mild, to bold and robust.

You might be thinking, “I’m really smart and I say that all honey tastes exactly the same.” If you were to say this, you’d be entirely wrong and may the local bee swarm find and mercilessly attack you. All honey tastes decidedly different, depending on where it originates. This is a fact of nature. Accept it. Clover honey, the variety that contributes more to honey production than any other group of plants, has a pleasing, mild taste, with colors ranging from white to amber. Buckwheat honey, on the other hand, is the stout beer of honey, dark and full-bodied. Many of you are probably most familiar with wildflower honey, but this variety is mainly a catch-all term referring to honey from miscellaneous and undefined flower sources.

But if you want the full antioxidant and anti-allergy benefit of honey, you really should source it from where you live. Well, guess what, Long Island, you’re in luck. New York’s climate, adequate rainfall and rich limestone soil combine to create some of the best honey in the nation—and that’s not just New York bravado talking, as the state is one of the most popular for beekeeping and honey harvesting. Think about how geographically diverse New York is—there’s meadows, orchards, swamps, mountains, suburban expanses and urban gardens, each providing bees with a buzz-worthy variety of flowers and pollens. 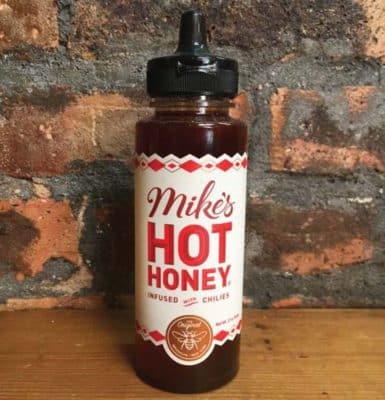 For a taste of some sweet heat, check out Mike’s Hot Honey. Originating in Brooklyn, Mike’s Hot Honey started as home-brewed batches from founder Mike Kurtz, who would drizzle his proprietary honey on the pizza at the pizzeria where he worked. Word spread, and eventually customers swarmed Kurtz looking for a bottle of their own. Today, Mike’s Hot Honey is available nationwide and is made with honey sourced from domestic beekeepers and infused with chili peppers. Is it good on pizza? Damn straight it is. But it pairs just as well with fried chicken, yogurt, fruit, tea, cheese, biscuits, cocktails, and just about anything else you can imagine. The bees are sweating with pride. 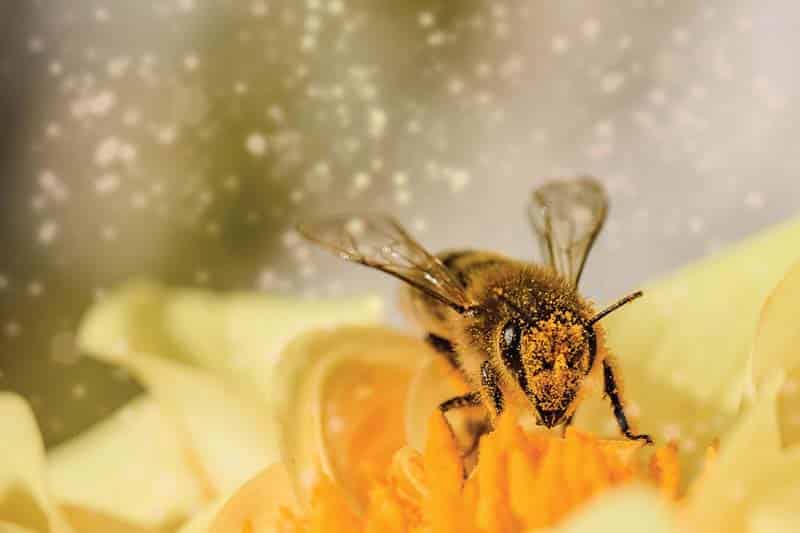 The ubiquitous nature and timelessness of honey can lead some to take this natural sweetener for granted. Don’t leave honey in the back of your pantry collecting dust—instead, revel in the majesty of nature, find the nearest bee, and thank it for its tireless contribution to the honey consumption cause.