Consider these recommendations for upcoming virtual talks, readings and more in and around New York City: Maesters, Greyscale, and Milk of the Poppy: Medicine in...
Read more
TOP STORIES

The author of Finding Neverland shares his magic

“People of all ages are being swept up by this story, it still makes me tingle to be in the theater,” said James Graham, who wrote the book Finding Neverland. “It’s a story about the magic of storytelling. Everyone knows the story of Peter Pan, but few people know how it was created, by a writer who, like all of us when we grow up, felt a bit stuck, and like he’d lost some of his sparkle.”

Finding Neverland tells the story of Scottish author J.M. Barrie (Kevin Kern), who meets and befriends a widow named Sylvia Llewelyn Davies (Courtney Balan) and her four sons, Michael, Jack, George and Peter, whom Barrie later uses as the inspiration for the character and story of Peter Pan. According to Graham, the Llewelyn Davies family “reawakens” Barrie’s imagination, with a “little sprinkling of magic dust” from director Diane Paulus. 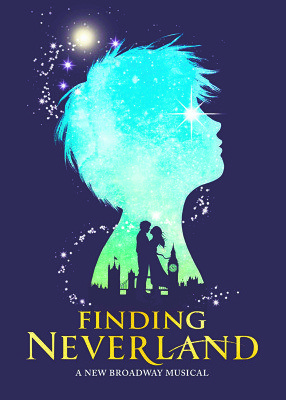 The show was indeed inspired by the 2004 movie of the same name starring Johnny Depp and Kate Winslet. Graham also drew on the history of Barrie as well as the all-important music notes to carry the play.

“The sound of Gary Barlow and Eliot Kennedy’s music makes the tone of the musical feel more modern,” said Graham. “They’re fantastic British pop writers and to us, that’s what it sounds like to be in Barrie’s imagination, completely different to the Edwardian world around him.”

Finding Neverland will be leaving Broadway’s Lunt-Fontanne Theatre and returning home to London on Aug. 21. The production will begin a U.S. world tour in the fall before spending spring 2017 in London, of which Graham and the rest of the cast are thrilled to take the play back to where it is set. But there is word of a return to Broadway in the future.

“Our show is also a celebration of theater—the beauty and power of live storytelling on stage. It was important to us that we use some of those classic traditions,” said Graham of making Peter Pan female, like many adaptations of the tale have done in the past. “In our musical, Peter Pan is a very physical part, there’s a lot of very beautiful, but demanding choreography from Mia Michaels. I still gasp when I see some of it, even today.”

For a full review on Finding Neverland, see Finding Magic In Neverland.