Elliott Murphy: An American In Paris

Sitting in the Cafe Select in Paris, Elliott Murphy looks the part of a Bohemian musician between the rakish black fedora and his casually draped deep-blue scarf. The scruffy and affable 69-year-old singer-songwriter is a beloved musical figure in his adopted home of France. So much so that he was awarded the prestigious Medaille de Vermeil de la Ville de Paris back in 2012 in recognition of his outstanding career achievements. Given these kinds of international accolades, it’s hard to believe that the Stewart School alum’s roots can be firmly traced back to a childhood spent growing up in Garden City.

As someone who was once dubbed the “next Dylan” by friend and late music critic Paul Nelson in an early 1970s Rolling Stone review, Murphy’s creative life found him starting out playing in clubs alongside pals and peers Billy Joel, Bruce Springsteen and Lou Reed. He landed a bit part in Federico Fellini’s 1972 film Roma and enjoyed a major label run in the 1970s before deciding to decamp to Paris in 1989. And now, Murphy’s life will come full circle when he is inducted into the Long Island Music Hall of Fame by longtime friend Joel. It’s an honor that was hinted at when he appeared at the Stony Brook Film Festival as part of a screening of the 2015 documentary The Second Act of Elliott Murphy.

“I think I got the official notice about six months later. I get to be in the same group as Louie Armstrong, Paul Simon, Lou Reed and Billy Joel. It’s quite a thrill,” he said. “Billy is inducting me. He was in the documentary as well. He talked about me. We started together, back in the ‘70s. One of the things I was pinned with was being ‘The Bard of Suburbia’ and him too [because of songs like] ‘Captain Jack’ and things like that. I’m just so touched and honored that he’s taking time out to do this.”

Click here to find out about Elliott Murphy’s favorite singer-songwriters.

Show business runs deep in Murphy’s veins. His mother, Josephine, is a former actress and his late father, Elliott Sr., was a promoter who used to run the Aqua Show. This ‘50s era quasi-multimedia show featured Esther Williams-inspired ballet swimming, clown dancers and visiting musicians that included Duke Ellington and Cab Calloway playing on the grounds of the 1939 World’s Fair. (The Aqua Show also provided the name of the younger Murphy’s 1973 debut). After the Aqua Show closed down in the early ’60s, the younger Murphy and his two siblings had their fascination with fame stoked by his father opening The Sky Club, a Mineola restaurant/private club located at 600 Old Country Rd. at Roosevelt Field. It was not only frequented by numerous political movers and shakers including Bobby Kennedy, Nelson Rockefeller and then-RNC chairman Len Hall, but it was rented out for college mixers for students from nearby C.W. Post, Adelphi and Hofstra University where acts including The Ronettes, The Seeds and Lovin’ Spoonful played. It was quite the education for Murphy.

“Because I was the boss’ son, I could hang out,” he recalled. “I would see musicians in the dressing room, and my first lesson was that there’s a lot of waiting. They’d get there to set up and do soundcheck and then they’d hang out and wait forever.”

By the age of 12, Murphy, who was a self-described hyperactive kid at school, was taking guitar lessons alongside his mother at Quigley’s Music Center, a long defunct New Hyde Park institution on Jericho Turnpike. He later went on to study jazz guitar at the Garden City Music Center—when he wasn’t hanging around the Garden City Music Store on Seventh Street (“I remember that they used to put the singles in the rack, and they had turntables where you could go listen to them.”) But it was a combination of the early ‘60s folk boom and the British Invasion that inspired Murphy to make the leap to making music his life, particularly after his father died.

“My father passed away when I was 16, and it was really the music that I held onto. There used to be a string of clubs on Hempstead Turnpike, where we’d play five sets a night,” he said. “Long Island had a great music scene. I’d go see these bands like The Vagrants with Leslie West. There were a lot of them—The Rich Kids, The Illusion, The Good Rats, The Rascals and The Vanilla Fudge. All Long Island bands had to have a Hammond B-3 organ. I’d see these bands at night, and that’s where I got my musical education on how to do a show.” 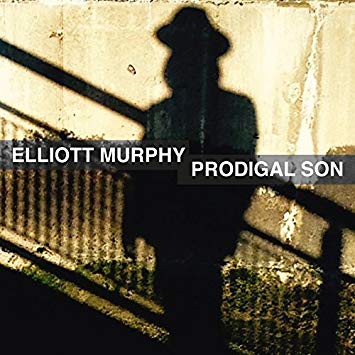 Murphy’s late 1970s success included stints on Polydor, RCA and Columbia, before losing his deal with the last imprint in 1977. He never stopped gigging and it was the rapturous welcome he got when he played a small Parisian club in 1979 that inspired Murphy to turn his attention to a loyal European fanbase. Gigs across the pond became more frequent throughout the ‘80s until he made the leap to full-time residency a decade later with an assist from fellow musician Garland Jeffreys. Nearly three decades later, he’s continued recording—last year’s Prodigal Son was his 35th album. He’s currently working on a movie for which he cowrote the script, composed the music and takes on a major role, based on a short story of his that was optioned into a film. It’s been quite a ride that’s been driven by Murphy’s unending love of rock and roll and the kind of luck his father often said runs the show.

“When I lost my record deal in 1977, I thought it was over,” he said. “If someone would have told me back then that in 2018 I’d be making a movie about a story [I] wrote 40 years before and was going to be inducted into the Long Island Music Hall of Fame by Billy Joel—I just wouldn’t believe it. The music business will make you believe that if you don’t make it right away, then you’re never going to make it and that’s not true.”

Elliott Murphy will be getting inducted into the Long Island Music Hall of Fame on Nov. 8. The induction ceremony will take place at The Space at Westbury, 250 Post Ave., Westbury. For more information, www.limusichalloffame.org. Murphy will also be appearing on Nov. 9 at My Father’s Place at the Roslyn Hotel, 1221 Old Northern Blvd., Roslyn. For more information, visit www.myfathersplace.com or call 516-625-2700.