Eglevsky Ballet Presents The Nutcracker With The Massapequa Philharmonic Dec. 15-16 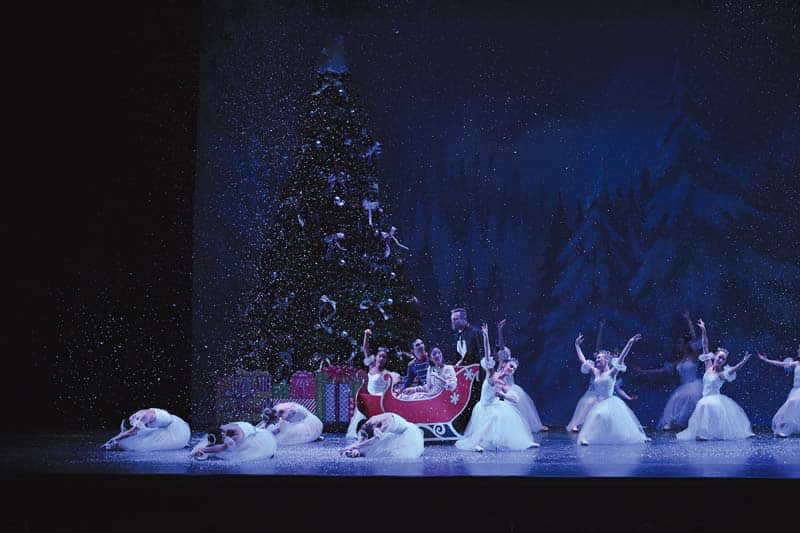 Eglevsky Ballet, Long Island’s premier ballet company and academy presents its annual production of the holiday classic, The Nutcracker featuring choreography by the company’s executive artistic director, Maurice Brandon Curry. The performances will take place on Saturday, Dec. 15, at 2 p.m. and 7 p.m., and Sunday, Dec. 16, at 2 p.m., at the Tilles Center for the Performing Arts in Greenvale. Eglevsky Ballet brings the beloved story to the Tilles Center stage with Tchaikovsky’s magnificent score, stunning costumes, thrilling choreography and a cast of more than 100. A holiday tradition for more than 50 years, Eglevsky Ballet’s production will be performed with live music provided by the Massapequa Philharmonic Orchestra, under the baton of maestro David Bernard.

Featuring dazzling choreography, exquisite costumes and special effects by some of the industry’s top professionals, Eglevsky Ballet’s production is the longest, continuously running Nutcracker productions on Long Island. Directed and choreographed by Executive Artistic Director Maurice Brandon Curry, Eglevsky Ballet’s professional company will be joined by select students from the Eglevsky Ballet academy to tell the story of a young girl named “Clara” and how a mysterious gift from her “Godfather Drosselmeyer” brings about enchanted dreams and fantastical scenes. 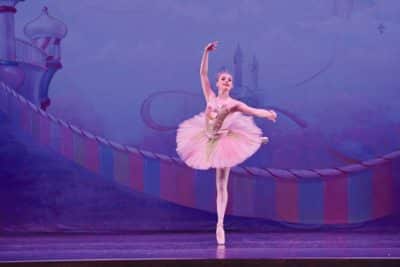 This year, “Clara” is being portrayed by 15-year old Kathy Benitez of Bethpage. Benitez has been studying at Eglevsky Ballet in their pre-professional training program for the last three years. This new production, which premiered in 2015, has several different elements chosen to develop the relationship between “Clara” and the “Nutcracker Prince.” Curry replaces the pas de deux usually performed by the Snow Queen and Snow King with one danced by Benitez and the “Nutcracker Prince,” portrayed by 17-year old student Paolo Tarini. Tarini is a student at the American Ballet Theatre Jacqueline Kennedy Onassis School. The young Tarini was recommended personally by former ABT principal dancer and current Artistic Director of the ABT JKO School, Cynthia Harvey. The two young dancers will dance a pas de deux to the music for the famous snow scene.

Tickets may be purchased from the Tilles Center Box Office or through Ticketmaster.