Do You Hear What I Do?: Suggested Gifts For The Music Lover In Your Life 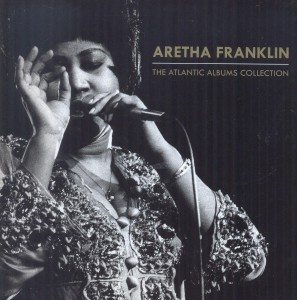 Not unlike what’s happened with books, technology’s various conveniences have also impersonalized the way we ingest music, be it through downloads or the earbuds of an iPod. While LPs are arguably the best way to experience this food for the soul, there’s something to be said about cracking open either a CD booklet or a well-packaged box set, regardless of the genre. And while these qualify as last-minute missives, given the quality of the music and packaging of these sets, I hardly think anyone is going to give you a hard time for hitting them with one of these gems after Hannukah/Christmas.

Aretha Franklin – The Atlantic Albums (Atlantic/Rhino) [19-CD]
Following an ill-fated start with Columbia Records, Franklin really started creatively cooking when she was wooed to Atlantic by savvy music execs Ahmet Ertegun and Jerry Wexler. Starting with 1967’s I Never Loved a Man the Way I Love You, the Queen of Soul truly hit her stride right up through 1976’s Curtis Mayfield-produced soundtrack Sparkle, which closes out this set. While not a comprehensive set of her Atlantic output (Sweet Passion and La Diva are among those projects that are MIA), there is a 2-CD set included called Rare & Unreleased Recordings from the Golden Reign of the Queen of Soul that serves as a worthy consolation prize. 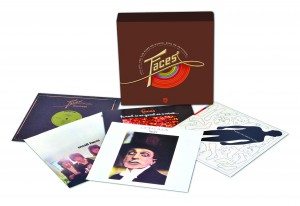 Faces – You Can Make Me Dance, Sing or Anything (1970-1975) (Rhino/Warner Brothers) [5-CD]
All four of the band’s studio albums (The First Step, Long Player, A Nod Is As Good as a Wink…to a Blind Horse and Ooh La La) along with a bonus disc of nine tracks that haven’t appeared anywhere else. (Check out Rod Stewart’s first four or five studio albums that are essentially an extension of what he was doing with The Faces.) Featured here in all their raucous and boozy glory, I have no problem saying they could have been as huge as The Rolling Stones had egos been put aside. (It’s no accident that the Stones wound up nicking Ron Wood after Mick Taylor left their fold). 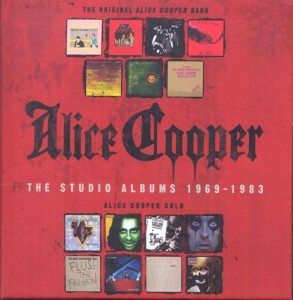 Alice Cooper – The Warner Brothers Years (Rhino) [15-CD]
Despite its bare bones nature, you get plenty of Alice bang for your buck with material drawn from his golden age that includes full-length classics like Love It to Death, Welcome to My Nightmare and School’s Out. 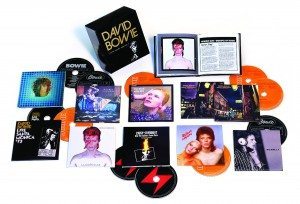 David Bowie – Five Years 1969-1973 (Parlophone) [12-CD]
Includes The Man Who Sold the World, Rise and Fall of Ziggy Stardust and the Spiders from Mars and Aladdin Sane. This set includes a digital download of all the material officially released by Bowie during this early stage of his career from 1969 to 1973. All of the formats include tracks that have never before appeared on CD/digitally as well as new remasters.
Exclusive to the boxed sets will be Re:Call 1, a new 2-disc compilation of non-album singles, single versions & b-sides. It features a previously unreleased single edit of “All The Madmen” which was originally set for a U.S. release but was never actually released. Also included is the original version of “Holy Holy,” which was only ever released on the original 1971 Mercury single and hasn’t been available on any release since. 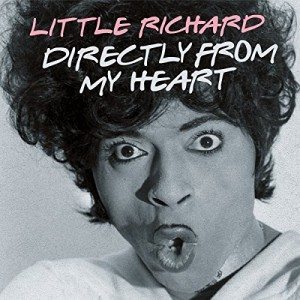 Little Richard – Directly From My Heart: The Best of the Specialty & Vee-Jay Years (Specialty/Concord) [3-CD]
Ground zero for the early days of rock & roll, this is the mother lode of quality material that will serve to educate those who only know Richard Penniman for the outrageous flamboyant caricature he’s trotted out for talk shows and rare latter-day forays into music that includes appearances on the soundtrack to 1986’s Down and Out in Beverly Hills (“Great Gosh A’Mighty”) and his recording of the “Itsy Bitsy Spider” for an early 1990s Disney children’s album. 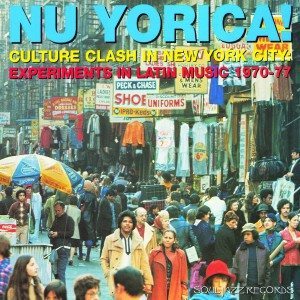 Various Artists – Nu-Yorica: Culture Clash in New York City: Experiments in Latin Music 1970-77 (Soul Jazz) [2-CD]
Reissued to commemorate the 20th anniversary of its original, this long out-of-print collection captures a slice of Latin music that wound up simmering in a sauce of jazz, funk and rock nuances infusing the Cuban and Puerto Rican rhythms being served up by the likes of Joe Bataan, Eddie Palmieri, Machito and Cachao. 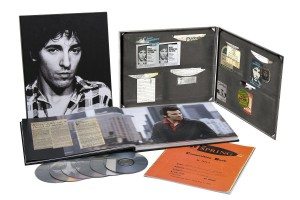 Bruce Springsteen – The Ties That Bind, The River Collection (Columbia) [4-CD/3-DVD]
Springsteen’s 1980 2-CD epic was always a lot to swallow, but well worth it. Turns out whittling down what he wanted was equally difficult. This reissue includes the original album, a one-album version that was yanked at the last minute, and 22 songs left in the vault that were could have wound up in the mix at any time. The DVDs include a documentary featuring recent interviews with Springsteen about the making of The River and a two-hour plus 1980 concert shot in Arizona. 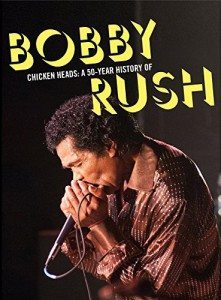 Bobby Rush – Chicken Heads: A 50-Year History of Bobby Rush (Omnivore) [4-CD]
Emerging from the Deep South by way of Homer, LA, Rush may have gotten his start rubbing elbows and working alongside blues giants/friends Muddy Waters, Howlin’ Wolf, Jimmy Reed and Etta James, but he wound up making his mark in the worlds of soul, funk and even disco. Rush’s genius is captured in all of its glory over a quartet of discs. 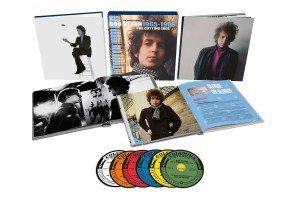 Bob Dylan – The Cutting Edge 1965-1966: The Bootleg Series Vol. 12 (Columbia Legacy) [6-CD Deluxe Edition]
Outtakes galore dot this set that was originally recorded from January 1965 to February 1966, when Zim cut Bringing It All Back Home, Highway 61 Revisited and Blonde on Blonde. There is also an 18-CD Collector’ Edition available for the true Dylan obsessives out there. 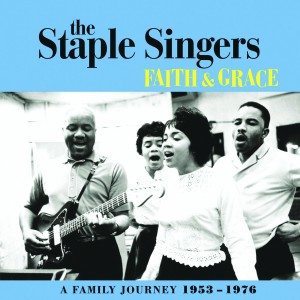 The Staple Singers – Faith and Grace: A Family Journey 1953-1976 (Stax/Concord) [4-CD/1 seven-inch single]
As one of the most seminal acts to crossover from gospel to secular music (alongside the likes of Aretha Franklin and Al Green), The Staple Singers used the stinging guitar of patriarch Roebuck “Pops” Staples and children Mavis, Cleotha, Pervis and Yvonne, to bring a message of brotherhood and unity to the pop masses while serving as a cornerstone for Stax/Volt during its early to mid-1970s heyday. 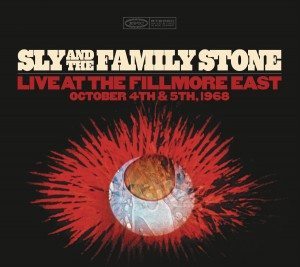 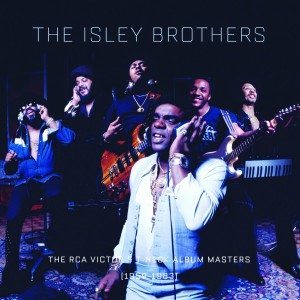 The Isley Brothers – The RCA Victor & T-Neck Album Masters (1959-1983) (Legacy) [23-CD]
Often overlooked but responsible for influencing so much that happened in the worlds of rock, funk, R&B, gospel, pop and eventually hip-hop, The Isley Brothers get to show all of this and more throughout this canon that spans four decades. 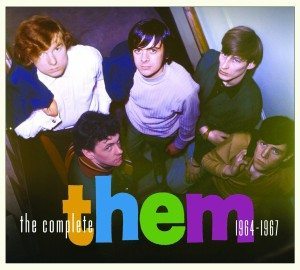 Them – The Complete Them (1964-1967) [3-CD] (Exile Records/Legacy)
Raw-voiced teen sensation Van Morrison is at the heart of these three discs that do a wonderful job showcasing him long before he dove headlong into Irish mysticism. Blues, garage rock and folk-soul are the building blocks of what would eventually lead him down an equally impressive solo path that kicked off with Morrison’s seminal 1968 outing, Astral Weeks. 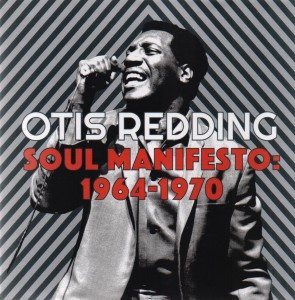 Otis Redding – Soul Manifesto (Atco/Rhino) [12-CD]
Ain’t nothing like the real thing and that’s pretty much what you’ll get when you dive into the canon of the Big O. This set features the six albums Redding recorded during his lifetime and the four that were posthumously released, which is impressive given how the Georgia native tragically died at the age of 26. Even more weighty is the depth and quality of the music that reflected not only Redding’s talents, but that of musical co-conspirators like Booker T. & the MGs and Carla Thomas.