The NFL Draft is a little more than a week away and there’s plenty of discussion still left to be had before teams are put on the clock. Draft analyst Daniel Jeremiah will be leading these discussions during the three-day event on NFL Network as he is taking over the lead analyst role from longtime draft guru Mike Mayock, who left the network to be the Oakland Raiders general manager.

“It’s been fun,” said Jeremiah. “It’s not too much different in terms of my preparation because I was watching all of these kids in my previous role. Some of the things for the actual draft day production, like directing and putting together the X-O tapes, and going to pro days is different. But it’s been a lot of fun.”

Once again, the New York Giants and the New York Jets will be selecting in the Top 10 and will have a chance to drastically change their franchise by drafting star players. Jeremiah has looked at both of these teams and has his thoughts as to what each team should do when they’re ready to pick.

The Giants have already had an eventful offseason, trading star receiver Odell Beckham Jr. and defensive end Olivier Vernon to the Cleveland Browns for guard Kevin Zeitler, safety Jabrill Peppers, and picks in the first and third rounds of the draft. While the team is lacking depth at many positions, Jeremiah feels they need to look at the future gunslinger of the franchise.

“They need to come away with a quarterback,” said Jeremiah. “When you have an aging quarterback and you have two top 10 draft picks over two years, its hard to justify not picking up a replacement during that time.” 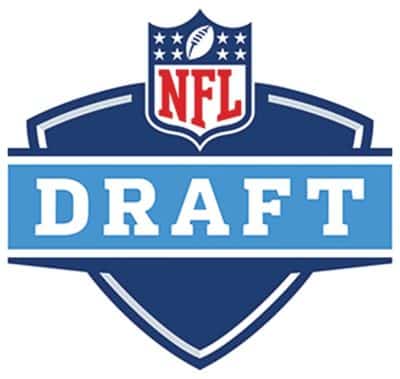 Ohio State’s Dwayne Haskins and Missouri’s Drew Lock are among the highly coveted quarterbacks that could be available at six. Jeremiah thinks that the team needs to take a quarterback and not wait another year, despite 2020 looking enticing for quarterbacks.

“It’s easy to say you’re going to wait until next year, but you just don’t know where you are going to be picking and whose going to be there, so its hard to do that,” said Jeremiah. “I just think their biggest mistake was not taking a quarterback last year. To go two years in a row, I just don’t know how you do that.”

If they go quarterback at the sixth pick, Jeremiah thinks the team should go edge rusher with the 17th pick. Options may include Mississippi State’s Montez Sweat, Clemson’s Clelin Ferrell and Florida State’s Brian Burns, all of whom Jeremiah believes will help the team off the edge. Offensive line and wide receiver should also be in the Giants plans, according to him.

Unlike the Giants, the Jets have their quarterback of the future in Sam Darnold after picking him third overall in last year’s draft. Now at third overall again, the Jets will look to fill a long-time need in pass rusher.

“I would pick someone like [Alabama’s] Quinnen Williams at three,” said Jeremiah. “Pair him with [defensive end] Leonard Williams and try to get after people inside-out. They just got to get a pass rusher. They are desperate for one.”

The draft is loaded with defensive line talent, from Kentucky’s Josh Allen to Michigan’s Rashan Gary. Jeremiah could see the team taking Houston’s Ed Oliver high, but thinks the chances of that happening are relatively slim.

Jeremiah also believes the Jets should look at getting a center, but that they should do so by trading back in the first round, acquiring more draft capital and taking N.C. State’s Garrett Bradbury. He also believes the team will explore options at other parts of the offensive line and cornerback. The question remains if the Jets will be able to trade back.

“I think they are really interested in doing it, but I don’t think they are going to find a partner,” said Jeremiah. “I don’t know who’s coming up. There’s always a chance that somebody is after a quarterback and maybe worried about the Raiders, but I don’t see that being the case.”

The NFL Network will air live coverage of the draft from April 25 to 27.