Dee Snider Finds His Own Rocktopia

When it comes to being creatively vibrant, Dee Snider must have been a cat in a prior lifetime. While Snider came into the public eye as the front man for the late lamented Twisted Sister (the band broke up in 2016), the Long Island native has let no moss grow under his feet. His latest project finds him reprising his role in Rocktopia, the former smash Broadway musical that’s getting ready to be staged at the Tilles Centre. The brainchild of vocalist/recording artist Rob Evan (Jekyll & Hyde; Trans-Siberian Orchestra) and Maestro Randall Craig Fleischer (San Francisco Symphony), Rocktopia serves as the crossroads where the worlds of classical music and classic rock collide.

Snider is part of an ensemble of vocalists, a five-piece rock band, a 30-person choir and 20-piece orchestra that includes Celtic Woman’s Máiréad Nesbitt and weaves in works by Beethoven, Stravinsky, Mozart and Strauss with songs by The Who, Queen, Aerosmith, Elton John and Led Zeppelin. Snider appeared in the original Broadway run of the show earlier this year, rotating into the role before being asked to return as the creators look to take the production to a wider audience.

“When they were doing the original run on Broadway, they had Pat Monahan [from Train] in for a couple of weeks. They decided they wanted to have a different rock star in each week. So they wound up having Pat for a couple of weeks, I was there for a week and Robin Zander [from Cheap Trick] was in for a week. I loved it and had a great time. A few months after the show ended, I got a call from Rod Evan, the creator, and he asked how I’d feel about being ‘the’ rock star and that they wanted me to join the cast. So I said, ‘So I won.’ He said, ‘What?’ I said, ‘So I won the contest?’ He said there was no contest but I said, ‘Yes, there was, and I won it,’” Snider laughingly explained. “So I joined them, and the plan is for me to go international with this thing. I love the people involved with it, and I love the opportunity to sing this kind of stuff. It’s great.”

As someone who got his start singing in his elementary school’s glee club while growing up in Baldwin, Rocktopia has really hit Snider’s musical sweet spot.

“I tell folks that it’s not what they think it is, because there’s nothing like it. I ask them what they think it is and they say symphonic rock. And people will say they’ve seen that. It started with Deep Purple in the ‘70s with the London Philharmonic. But it’s not that. It’s a literal mashup of classical and classic rock with opera singers and Broadway singers and rock singers along with a rock band, a choir and an orchestra,” he said. 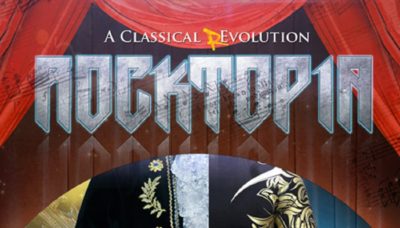 “It’s very different. Rob says that at the beginning of the show that if all the greats in music were alive today and there was a table to sit at, you’d have Bach and Beethoven up there, but you’d also have Robert Plant and Freddie Mercury up there as well. They’d all deserve a seat at that table, and they would all respect each other because they’re all the best at what they do. They’re all talented artists and this sort of show acknowledges that. It’s not just an orchestra backing up a rock singer saying, ‘Listen to this classical music, listen to this opera or listen to this rock.’ There’s an amazing moment at the end where I’m singing ‘Kashmir’ and Alyson [Cambridge] and Robert [Evan] are singing opera. It is a mashup, and it’s really exciting.”

Post-Twisted Sister, Snider has never stopped working and finding success in the oddest places. While he’s worked in other groups, such as Widowmaker and Desperado (“It was one of my proudest records but was a non-event because it came out about 30 years after it was recorded”), he’s also carved out a secondary career as a drive-time DJ (Dee Snider Radio), a reality show regular (Gone Country, Growing Up Twisted, Celebrity Wife Swap) and landed a voice-over role as Angry Jack on an episode of his old buddy Tom Kenny’s cartoon SpongeBob SquarePants. He even took a stab at writing his own musical, Dee Snider’s Rock and Roll Christmas Tale, which had brief runs in Illinois and Canada. 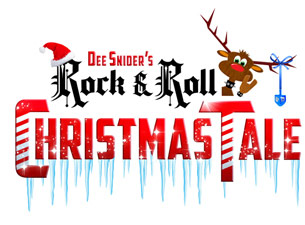 “After being on Broadway in Rock of Ages, I just got turned onto the idea of musicals, so I decided to write my own,” he said. “I wrote Dee Snider’s Rock and Roll Christmas Tale and it was staged in Chicago and Toronto. Unfortunately, we couldn’t take it further because of the economics. But I am in talks with a major company to animate it and use the script of Rock and Roll Christmas Tale for this holiday special. So we’ll see what happens.”

Most interesting was how Snider wound up having a Christmas song he’d written as a present for his wife with no intention of putting it out somehow getting heard and recorded by Celine Dion for her 1998 holiday album. 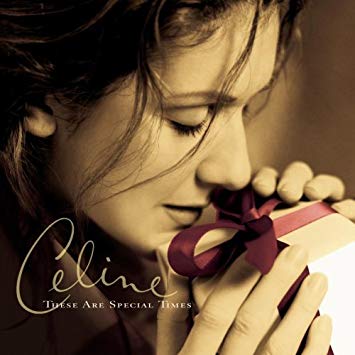 “I wrote ‘The Magic of Christmas Day (God Bless Us Everyone)’ for my wife as a Christmas present with no intention of releasing it. Years later, the engineer who was in the studio called me and asked if I was sitting down. I said yeah and he said that Celine Dion wanted to record my Christmas song,” Snider recalled. “I asked him if she knew who wrote it. He said I haven’t told her yet and I told him to not tell her. It would be like Satan wrote that Christmas song. It’s on These Are Special Times, the biggest selling holiday record in history. I think it sold 14 million copies. We call our house, ‘The House That Celine Built.’ It was on Rosie O’Donnell’s Christmas album, which went platinum. It’s one of those songs that I bet will make me more money than anything else that I’ve ever done.”

Most surprising has been the unexpected success of Snider’s latest album, For the Love of Metal. Originally recorded on a dare by Hatebreed’s Jamey Jasta, who challenged Snider to record a contemporary heavy metal record, the Jasta-produced record has taken on a life of its own. With the help of younger musicians who come from the ranks of Avenged Sevenfold, Seven Finger Death Punch and Bring Me the Horizon, this collection of original songs has blown up on Spotify, crashed onto the Billboard Top 20 and even found the sexuagenarian rocker recently playing before a crowd of 40,000 in Mexico on the strength of the new album. There is even talk of a potential Grammy nomination for Metal Album of the Year. 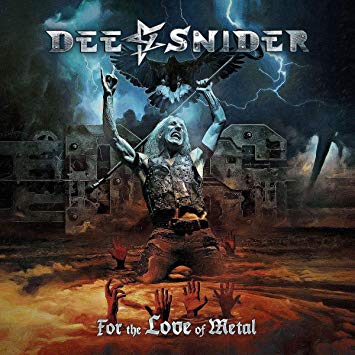 “They were singing half the new album and it just came out four months ago,” Snider said with incredulity. “But this was all about inspiration, which is why it’s called For the Love of Metal. Even as egotistical as I am, I was still taken aback by this outpouring from the community. Even now. I’ve done records before with this one—but old fans and new fans now have something they can sink their teeth into. Dee is back.”

Dee Snider will be appearing in Rocktopia on October 20 at The Tilles Center for the Performing Arts, 720 Northern Blvd., Greenvale. For more information, visit www.tillescenter.org or call 516-299-3100.