If you’re about to embark on a reading rodeo of the All-American Western genre (which you should before you see the movies), you’ll have your pick of the draw. From the historical and classic to the courageous and romantic, lasso up some whiskey and give these books a read. 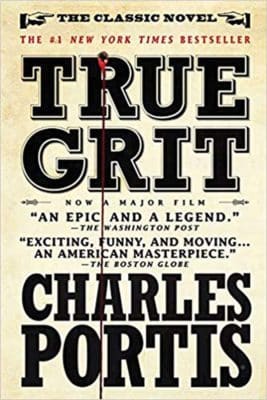 Mattie Ross, is only 14 years old when her father is shot by Tom Chaney, robbing him of his life, his horse and $150 in cash money. Ready to avenge her father’s death, Mattie leaves Fort Smith, Arkansas and enlists the help of one-eyed Rooster Cogburn, the meanest U.S. Marshal. Venturing into Indian Territory, the story follows Mattie’s journey as an eccentric, fearless and unflinching character, giving life to this American classic through and through. True Grit is Portis’ most famous novel. First published in 1968, it served as the basis for the movie of the same name starring John Wayne (and later another remake in 2010). 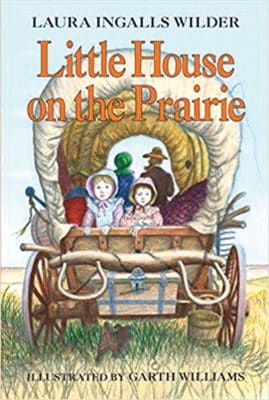 Little House on the Prairie

We all read this one in elementary school. Reading Little House on the Prairie, by Laura Ingalls Wilder, has been a childhood staple for generations. This fictional novel, set in the late 1800s, is based in part on the author’s own experience. It’s the story of the Ingalls family and their life on the Kansas prairie, which details the hardships and pleasures of a family in the untamed West as well as a unique glimpse into America’s frontier history. 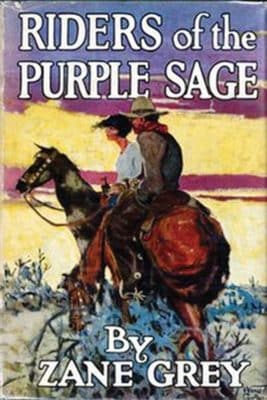 Riders of the Purple Sage

This old-school Western by Zane Grey, is credited for kick-starting the Western as a genre. Jane Withersteen is a Utah rancher whose livelihood is threatened by a proposed marriage she does not want, until a lone cowboy named Lassiter comes to town.

The novel highlights Withersteen’s battle to overcome persecution by members of her polygamous Mormon fundamentalist church all while defending her right to befriend a non-Mormon. Originally published in 1912, Riders of the Purple Sage is considered the most popular western novel of all time. 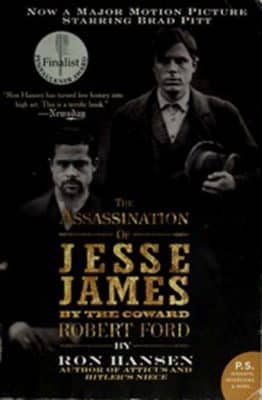 The Assassination of Jesse James by the Coward Robert Ford

No one epitomizes the contrasting image of the sympathetic villain like outlaw Jesse James, a preacher’s son who became a famous bank robber and murderer. Then there’s Robert Ford, who coveted James’ legend.

As far as historical fiction goes, no one tells this story quite like author Ron Hansen in The Assassination of Jesse James by the Coward Robert Ford. This book tells the tale of James and Ford’s interweaving paths—and destinies—that would end in blood and betrayal. It’s the gritty and rough yet glorious America that this genre is known for. 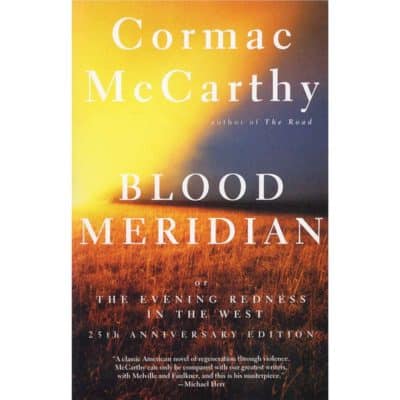 The incredibly grim Blood Meridian is an epic Western novel by Cormac McCarthy, which takes readers “to a world of gun and arrow shooting, scalping and breaking bottles over the heads of bartenders.” The more violent the better.

The story follows a teenager referred to as “the kid,” and his experiences with the Glanton gang, a historical group of scalp hunters who massacred Native Americans and others in the United States–Mexico borderlands from 1849-50. Since its release in 1985, Blood Meridian has become recognized as McCarthy’s masterpiece, as well as one of the greatest American novels of all time.

Other Westerns to give a read: The Way West, Lonesome Dove, The Big Sky, Deadwood, Desperadoes, The Good Old Boys and The Virginian.

The King Of Crossover Calls It A Day

Dar Williams: Making Musical Magic With A Little Help From Her Friends

Indie filmmaker Noah Baumbach once said that the nice thing about collaborating with someone is that your works becomes a conversation. For singer-songwriter Dar...
Read more
Arts, Music & Entertainment

Movie lovers of a certain age remember that moment in Jurassic Park when the camera panned up to reveal a long-necked dinosaur as it...
Read more

The Summer Games of the 2016 Olympics are being held in Rio de Janeiro beginning Friday, Aug. 5, until the closing ceremonies on Sunday,...
Read more
Long Island News

EDITORIAL The New York Islanders currently sit atop the Metropolitan Division with a record of 31-16-1. They are a perfect 3-0 this season against their hated...
Read more
Sports

King (and Queen) Of The Castle

Royalty is synonymous with crowns, tiaras, palaces, castles, elaborate balls and the most exquisite jewellery in all the land. Britain’s monarchy still stands on...
Read more
Arts, Music & Entertainment

“I’ve always tried to present a positive view of the world in my work. It’s so much easier to be negative and cynical and...
Read more

Nearby eateries you can cruise to by boat An advantage of boat ownership is being able to ride to dinner by water. We are lucky...
Read more
Autumn!

In The Kitchen: Simmer Down With Hilary Duff

Sharing one of her favorite recipes for tailgating and fall fêtes with girlfriends, Hilary Duff, like anyone ready to welcome fall, loves a good,...
Read more
Food & Leisure

A Spoonful Of Cereal