Long Island’s Catholic elementary schools put students and families first In the mist of the conflicting information and uncertainty surrounding the pandemic that was prevalent...
Read more
Nassau News 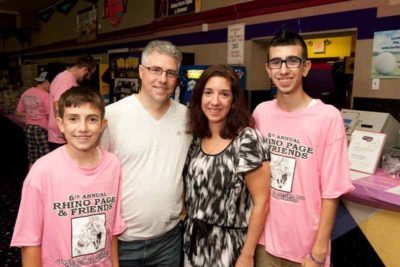 For some, the mention of Crohn’s disease will elicit a pained expression or a sympathetic nod. To others it may sound only vaguely familiar; the disease affects one in 200 people but is not yet a household name. But for 17-year-old Tyler Cacioppo, Crohn’s is a lifelong struggle with several ups and downs and something his mother, Patti Cacioppo, believes is difficult for others to fully understand.

“Unless you have Crohn’s, it’s impossible to really know what it’s like,” she said.

Both Tyler and Patti will be participating in the second annual Gold Coast Walk for Crohn’s disease and ulcerative colitis, painful and incurable diseases that cause abdominal pain, rectal bleeding, diarrhea, fever and weight loss, among other symptoms. The walk will take place North Hempstead Beach Park in Port Washington on Oct. 16 and Tyler has been named this year’s shining star for his perseverance in battling Crohn’s and his fundraising towards a possible cure for the disease. The walk is coordinated by the Crohn’s and Colitis Foundation of America (CCFA), which Tyler and Patti have been involved with since Tyler was 8 years old.

“They’ve done so much for Tyler and me,” said Patti. “You never feel alone. They know where you’ve been and they’re there for you. The people we’ve become friends with have been huge for Tyler the last eight years.”

Tyler and his mother have done much for others as well. They’ve held fundraisers for the past eight years and as a result have raised $210,000, including $30,000 in the last two years alone. Patti’s role in the fundraising is an active one, as she is always looking for new opportunities.

“I raised $1800 from a football box I put together,” she said. “I hate football, but I thought, ‘how could I make it into a fundraiser?’ I’m always looking for a new one.”

Strike Out Crohn’s is one of their biggest fundraisers. It is a bowling event that, according to Patti, takes about a year to put together and will be held on Oct. 22. Tyler has a fundraiser of his own called Operation Christmas Smiles, which began three years ago.

“He never ceases to amaze me,” Patti said of her son’s initiative. “Three years ago at Thanksgiving he said to me, ‘you know what I want to do for Christmas this year? I want to be Santa for the kids.’ He wants to help anyone he can and pay it forward to others. It’s a great thing.”

What’s more remarkable is Tyler’s ability to be generous while having his own battle with Crohn’s. He was formally diagnosed with the disease shortly before turning 6, though he had gastrointestinal problems even before then. He’s since had eight surgeries and has often had to switch medications when they stopped working for him. At age 11, Tyler had to learn to pass a nasal gastric tube in order to get enough nutrition to grow. He sometimes depended on his feeding tube 24 hours a day. But through it all, Patti never saw her son quit. 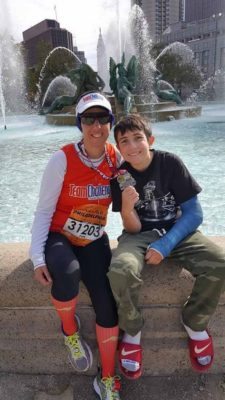 “I don’t think he’s ever said ‘I can’t’ in his life,” she said. “Parents are expected to teach their kids about life, but Tyler has taught me so much. [Crohn’s] has given him a gift in such an odd way. It’s made him stronger. He gets frustrated like anyone else, but he tries to use it for good.”

The Gold Coast Walk will mark the latest effort by the CCFA to raise awareness for Crohn’s disease, which has become more known over the years but is still not ubiquitous. Patti, who hadn’t heard of the disease until Tyler’s diagnosis, is confident that things are moving in the right direction.

“Just seeing TV commercials for Crohn’s medication is encouraging,” she said. “When Tyler was diagnosed there was nothing like that. The awareness has definitely gone up and people are beginning to understand it.”

Awareness is only part of the battle, as Crohn’s is yet to have a proper cure. But although Patti wants more than anything to stop Crohn’s, she acknowledges Tyler’s life as a mixed blessing.

“I hate Crohn’s and of course I wish my son didn’t have it,” she said. “But it’s a catch-22. Because where would we be right now if this hadn’t happened? I certainly wouldn’t have done a fundraiser. Tyler might not have the perspective he has now. We might not be the same people. And I’m so happy with the people we’ve become.”