Ice Cream In the Cupboard film reflects disease’s reality According to the Alzheimer’s Association, up to five percent of the more than five million Americans...
Read more
Healthy Living

How To Treat Breast Cancer

Patients have more choices now than ever before According to The American Cancer Society, the average risk of a woman developing invasive breast cancer is...
Read more
TOP STORIES

Having known singer/songwriter/multi-instrumentalist Brandon Gurba since he was 16, I was already aware that he possessed a degree of musical talent almost eerie in both depth and scope. His former band, The Little Red Men, was a regional favorite a few years ago, but the members parted ways and have moved in different creative directions. During the past six years, Brandon has matured into a confident, assured artist whose new material reveals just how much he has grown.

Slightly more than a week after the April 17 release of “Paperman”, Gurba’s debut single, we set aside time to catch up and talk about his burgeoning solo career.

According to Reverbnation, “Paperman” entered the Top Ten in the New York City Metro area indie chart within the first week of its release and as of July 21, Gurba is now ranked #2 in that demographic, #13 nationally, and #20 globally. Gurba is overjoyed by its sudden success.

“Oh, man. I’m just so thankful. These last couple of years I’ve been dreaming about releasing a song, dropping a debut, putting out something under my own name. I’ve been working by trial and error, researching how I could promote it. For the past couple of years, I’ve been doing my homework on all fronts, preparing and working. It’s definitely a process. There were a lot of moments where I was so frustrated and it was very discouraging. My goals, my dreams are so high … there’s a lot that I really want to achieve. I just kept going with it, even when it got hard. There was a lot that I had to learn with production and mixing, even singing. To look at it now and see the response that it’s getting is extremely fulfilling and inspiring. It feels so validating, you know?” 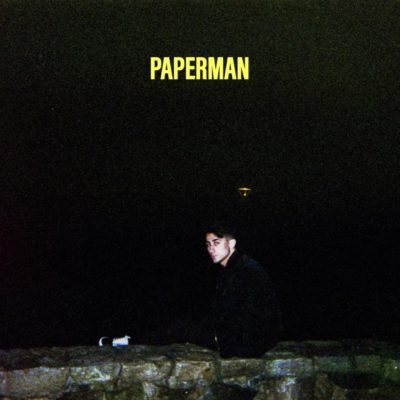 Discussing his growth and development as a singer, Gurba reflects, “I think as I’ve gotten older, my voice has matured and softened. I (also) started listening to a lot of R&B music. When I was younger, I was self-taught; I really didn’t know how to sing—like, I knew how to sing, but I didn’t really know. Then I had a vocal injury when I was a senior in high school. I had vocal nodules, which was really from not knowing the proper technique and being so self-taught that I didn’t know how to sustain, like breath support, and I didn’t know anything about shoulder tension. I found a vocal coach, and he helped me a lot. I studied with him for eight months, and it was incredible. I went to a vocal therapist before deciding to go to him. The therapist was like, ‘I don’t know if you’re really going to be able to sing again like you used to,’ and it scared me so much so I really got into the vocal/technical things regarding not just singing, but also performing. I went to the vocal coach and he helped me out; I healed within a month and a half.”

Gurba added, “The things that I can do now far surpass what I could do when I was younger in every way: The amount of time I can perform live and sustain my voice without being tired; the riffs and vocal runs that I can do, I can do stuff now that I really never thought I could do, and I’m really happy about that. Definitely, the last few years, vocal technique and all that has been extremely important to me. When I was a little younger, it was more about energy and vibe and feel, but now it’s a lot more about sustaining and lasting in a performance, lasting in a career. I want to be singing for as long as I absolutely can. I don’t want to lose my voice when I hit a certain age, because that happens to a lot of singers that I look up to.”

Gurba’s vocal arrangements are extraordinary in both arrangement and execution. The harmony fanatic will marvel at the notes he picks out of the air and how they are placed in the mix. At 16, he was already creating music that had a real “wow” factor, but he has attained a whole new level. His voice possesses a Zen-smooth delivery that conjures up Radiohead’s Thom Yorke. Presented with this comparison, Gurba is momentarily at a loss for words. 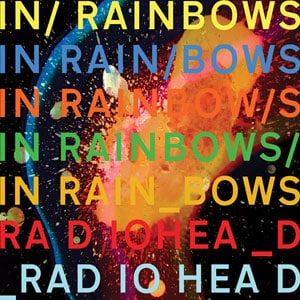 “Wow,” he finally says. “That’s such a compliment, because when I was writing the song, working the song out, I was really influenced by In Rainbows, specifically a track called “Weird Fishes.” There’s something about the momentum they create in that song that’s incredible; specifically with the vocals. Thom Yorke has this wonderful mixed voice, a very light and soft tonality. Something about it reminds me of ‘easy listening’ but it has this really interesting experimental arrangement.”

Based on my own experience, I know that one of the most difficult things in a recording environment is knowing when to say, “Okay, the song just told me it’s done!” Brandon is quick to agree. “Without a doubt! I have a lot of music right now that I’m kind of sitting on, trying to tweak, and I have a couple of songs that I tweaked too much, and I had to go backwards. It comes down to being able to trust your performance and trust your work. Yeah, that was definitely a battle with “Paperman” because I wanted it to be right. I knew from the beginning that I wanted this to be my first song, because you only debut once, you know?”

Visit Island Zone Update for the complete conversation with Brandon Gurba, during which he discusses the intricacies of the one-man recording process and his journey from being a four-year-old songwriter (!) through today.

Ice Cream In the Cupboard film reflects disease’s reality According to the Alzheimer’s Association, up to five percent of the more than five million Americans...
Read more
Arts, Music & Entertainment

Having been a fan of the show for years, The View’s Sara Haines never could have imagined that one day she would be sitting...
Read more