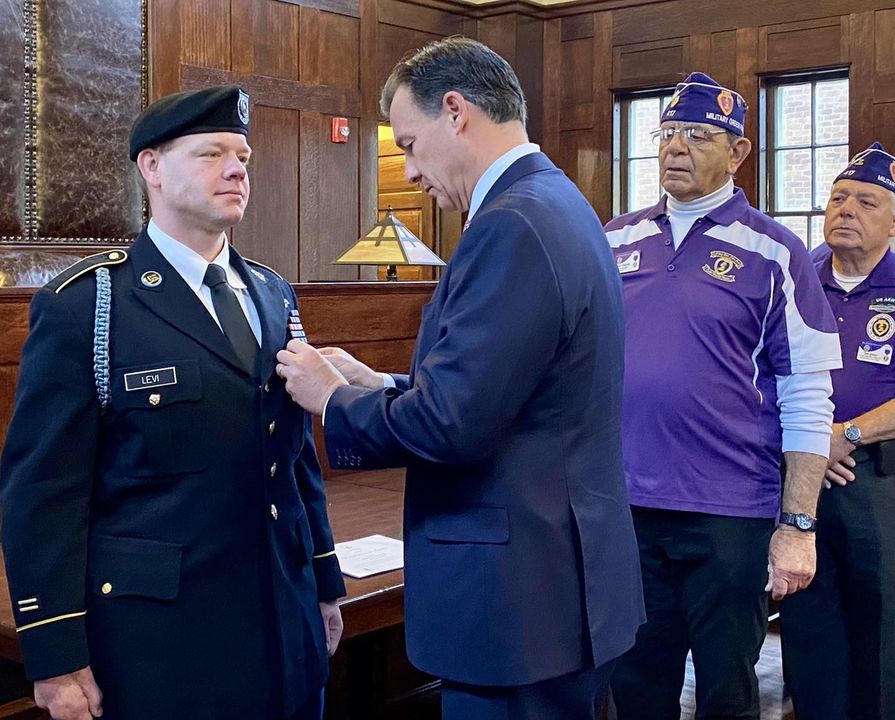 “It’s never too late to do the right thing,” said Suozzi. “As I begin to close out my six years of service as a member of Congress, I recognize one of my greatest privileges is to honor our veterans. Today, I had the great honor to present the prestigious and historic Purple Heart to retired U.S. Army Corporal Chris Levi of Melville.”

Levi, who enlisted in the Army in 2003, lost both legs to an IED explosion in Iraq in 2008. On March 17, 2008, his unit was attached to an Iraqi Army unit, patrolling an area south of Sadr City, a suburb of Baghdad. Levi was in the front seat of a Humvee when a roadside EFP (explosively formed penetrator) detonated. The copper plate inside the EFP became a molten copper slug, tearing through the armor of the Humvee, talking off both of his legs and badly mangling his right arm.

The soldiers who initially responded to the blast thought Levi was dead; however, when he came to and realized the extent of his injuries he started yelling. Eleven minutes after the explosion, Levi was being operated on by a surgeon. It was the first of more than 130 surgeries he would undergo, 30 of which were considered life-altering. 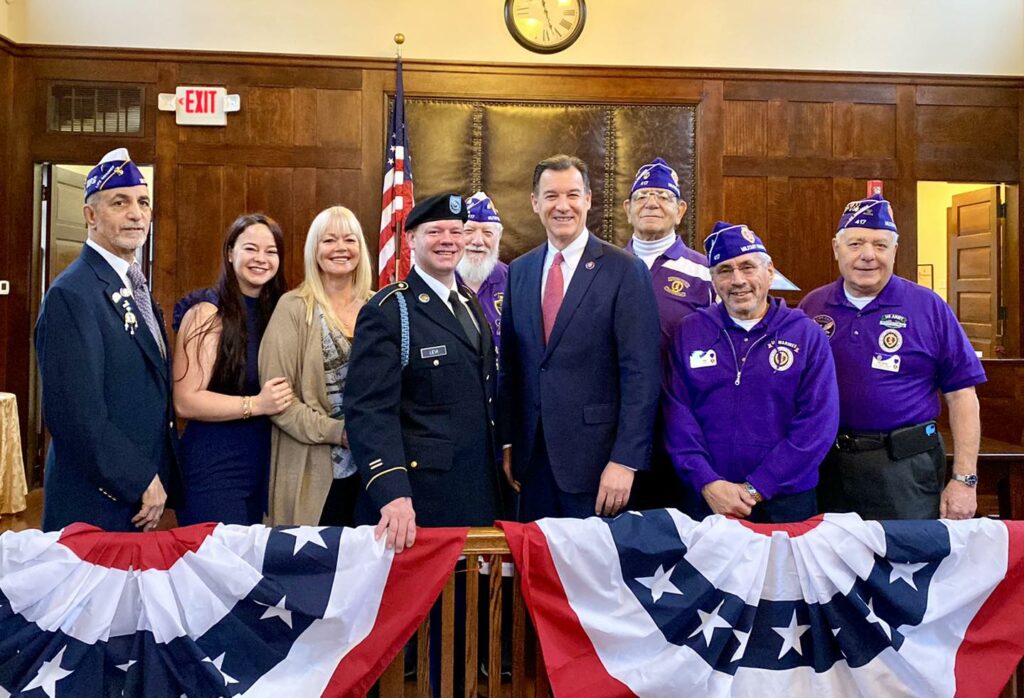 “Chris Levi is truly a remarkable human. Initially offered the Purple Heart while still hospitalized in Iraq, he insisted on waiting until his entire platoon had returned home before accepting the award. After several years and technical snafus within the VA, for which Chris holds no bitterness, it was my honor to award the well-deserved and long-overdue Purple Heart to Chris,” said Suozzi. “Today, a grateful nation said thank you to Cpl. Chris Levi.”

The Purple Heart ceremony was planned in conjunction with Robert Chiaponne and Erle Mutz of the Military Order of the Purple Heart.