Nassau County has received confirmation from the Centers for Disease Control and Prevention (CDC) that the one Nassau County resident who was being tested...
Read more
Long Island News 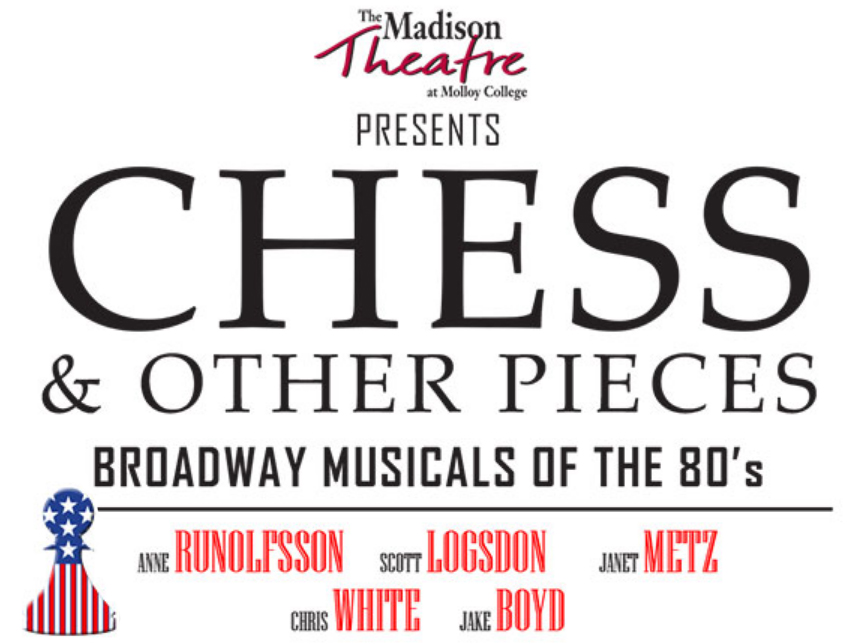 Madison Theatre at Molloy College presents Chess & Other Pieces, a one-night-only event featuring the music of Chess and other popular Broadway musicals of the 1980s, on Saturday, March 10, at 7:30 p.m.

With music by Benny Andersson and Björn Ulvaeus of ABBA and lyrics by Tim Rice, Chess was a significant and powerful piece of music theater at the time because of its portrayal of the Cold War.

In addition, the event will feature music from Barnum, Baby, Big River, City of Angels, Merrily We Roll Along and Into the Woods, another musical phenomenon, accompanied by South Shore Symphony, a 65-piece orchestra headed by Broadway-credited conductor Aaron Gandy.

Tickets for the Chess & Other Pieces are available by calling 516-323-4444 or visiting madisontheatreny.org.