Carole Bayer Sager: The Name Behind The Song

Say the name Carole Bayer Sager to most people and you’ll probably get a blank stare. But start throwing hit song titles at them—”That’s What Friends Are For,” “On My Own,” “Nobody Does It Better,” “The Prayer,” and all of a sudden those same faces light up. The one thread these and more than 400 other compositions have is the fact that Bayer Sager co-wrote all of them.

It’s all part of a six-decade plus career chock full of success that’s scored her an Oscar, a Grammy, a pair of Golden Globe Awards, a star on the Hollywood Walk of Fame and induction into the Songwriters Hall of Fame.

These public triumphs, as well as quite a bit of private heartache, are recounted in her brand-new autobiography, They’re Playing Our Song: A Memoir. During this two-year labor of love, the New York City native found writing long-form to be quite a different experience from penning lyrics. 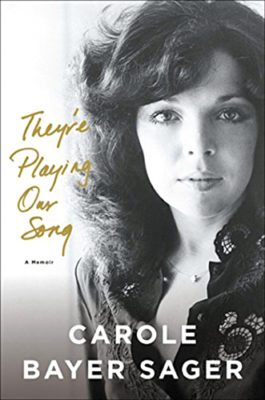 “It took me two years to write and a lot of it was done in the rewriting and adding what wasn’t there. I was encouraged by my agent Amanda Urban, and then by editor and publisher Jonathan Karp at Simon & Schuster, to dig deeper and make those people come more alive to me,” she explained. “[Ex-husband] Burt [Bacharach] was always alive on the page. They wanted Marvin [Hamlisch] and Peter [Allen] to come alive, and they did. I was able to feel the difference, when I was finally able to capture that. But that took me longer to go back and really dig into what that felt like, what they felt like and what our dynamic was. But I think that’s what makes the book a better read instead of someone just telling you, because I try to show the reader what each thing felt like to me.”

The then-Carole Sager had her first taste of success as a 17-year-old, when she co-wrote the 1965 hit “A Groovy Kind of Love” with Toni Wine. More hit songs and a circle of famous friends that would include Marvin Hamlisch, Carole King, Elizabeth Taylor, Peter Allen and Michael Jackson came to be a part of Bayer Sager’s new normal.

Behind the scenes, insecurity and neuroses plagued Bayer Sager despite her putting on a public face of cheer and bliss, particularly during her nine-year marriage to fellow elite songwriter Burt Bacharach. And while the two adopted a son, Cristopher Elton Bacharach, the combination of Bacharach’s narcissism and Bayer Sager’s depression and insecurity made for a very unhappy marriage. 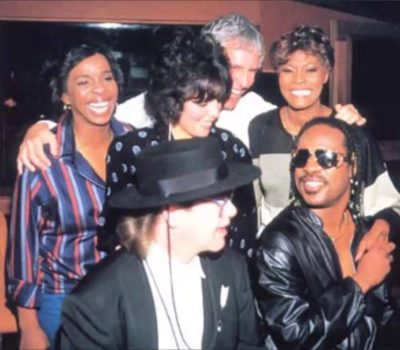 “At its best, [our marriage] was kind of fun, but there was always this vent I had that if I wasn’t writing hit songs at the time, that maybe I wouldn’t have been the person [Burt] chose to fall in love with,” Bayer Sager explained. “I felt there was a measure of that and that maybe came from my own insecurity as well. The truth is, we’re good friends today and I care about him. I just don’t think he was husband material and I don’t think anyone else gets a better Burt in that regard. In regard to his talent and being a good dad too. My husband, Bob Daly, has been involved with my son since Cris turned six, but still, Burt calls [Cristopher] all the time. There are a lot of pluses to Burt but for me at least, they don’t fall into the husband category.”

With a marriage to former Warner Brothers chairman of the board Robert Daly that is 20 years and counting, Bayer Sager is a grandmother of seven and has an assortment of dear friends that includes David Geffen, Bette Midler, Alana Stewart, producer David Foster, Stacey and Henry Winkler. Having indulged a recent love of painting and on the brink of a heavy promotional load for this book, Bayer Sager is not sure what the future holds for her creatively.

“I don’t know what I’m going to do after this book. I don’t know if I’m going to continue painting or think about songwriting again,” she said. “Maybe I want to write a different kind of book. Ultimately, I fell in love with the process, but not until pretty late in the game. I wasn’t used to rewriting. It’s not something you do as a songwriter.”