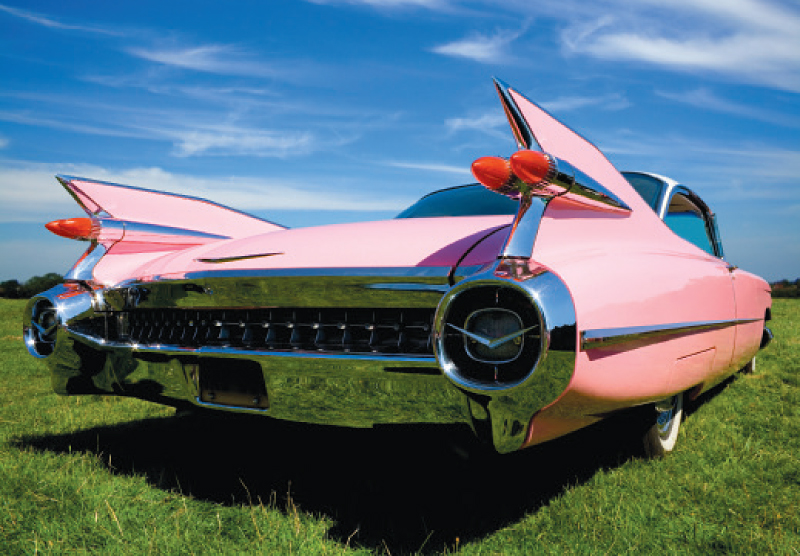 Cadillac’s history can be traced back to the beginning of the 18th century. Although coaches, horse riding or walking were the favorite means of locomotion during those times and no cars had been yet made, it’s important to trace the brand to its origins. The genesis of Cadillac as it is widely known today began in 1701, when a group of French explorers led by Le Sieur Antoine de la Mothe Cadillac traveled to the northern parts of the U.S. and established Ville d’Etroit. The settling would ultimately come to be known as Detroit, a flourishing industrial city, teeming with car plants and foundries.

However, Sir Cadillac would not have any connection to the future of the Cadillac car workshops. Its actual beginnings can be traced to the mid 19th century, when a boy named Henry Martyn Leland was born. Leland grew up on a farm near Barton, VT, where he received a solid working-education that taught him the importance of doing a job properly, regardless of its importance.

The farm-training he received, combined with his penchant for improving working methods, led to his growth as an engineer. However, Cadillac would not yet emerge as an automobile brand. By 1890, Leland had founded his own company in partnership with Robert C. Faulconer and Norton, after having convinced the former of the city’s need for machine shops. The company’s area of expertise was gear grinding and the development of special tools.

Soon after the company received general credit for the quality of the products it marketed and Leland had asserted himself as a talented engineer, the shift from steam-powered vehicles to gasoline-powered ones was made. Following the work of the visionary Daimler and Benz in Europe, a man named Ransom Eli Olds from Michigan teamed up with a group of investors under a firm called Olds Gasoline Engine Works. Their main objective was to build a gasoline-powered engine to be fitted on the chassis of a vehicle.

Cadillac Throughout History
1 of 5

The project was a success but the resulting product was flawed: the gears in the transmission were too loud. Olds turned to Leland and Faulconer for help. The two entered a straight competition against the Dodge brothers who were also supplying engines for Olds. Although Leland’s ultimately developed 10.25 Hp engine was better than that of Dodge, Olds turned it down due to the high car sales his company registered at the time. Basically, there was no need for a new engine.

Still, Leland’s engine would soon come to use. Shortly after Olds’ refusal of using the newly designed engine, Leland was looked up by two men concerning the liquidation of a company that had previously built cars. Its name was the Detroit Automobile Company and had been initially reorganized by Henry Ford, who left shortly after the company began crumbling again. Leland persuaded the investors to stay in business, convincing them of the utility and importance of the automobile industry in the near future.

With an engine already designed, Leland and Faulconer were brought in and the company adopted the name of Cadillac, that of the explorer that had founded the city over two centuries ago. The Cadillac coat of arms was adopted as the company’s new logo and the baby-firm would still receive international recognition for its automobiles.

Leland’s engines had already garnered appreciation and were some of the most accurately built units of the time. In fact, not only the engines were reliable and built with pinpoint precision, but they were also highly versatile, successfully catering for the need of interchangeability. This feature has earned Cadillac the Dewer Trophy, being the first time when such an award was handed to an American automobile manufacturer.

Later on, Cadillac would be part of a larger entity, the General Motors company, then run by William Crapo Durant—who paid $4.5M in cash for Leland’s company to merge with GM. From that point on, several models would be developed and enter production by Leland’s departure in 1917.

The Brougham, Fleetwood, Deville and the Eldorado are some of the most famous models build by the GM’s prodigious branch. Its accomplishments vary from speed breaking records on American territory to engineering improvements that were a premiere for the automotive world. For example, Cadillac introduced the revolutionary electrical lighting and ignition Delco system as standard equipment on their cars, as well as boasting the world’s first independent front suspension on its entire line of automobiles in 1934.

Closed cooling systems, electronic injection systems and catalytic converters are also among the long list of first-to-have-done things introduced by Cadillac in the US. Despite the low reception of the brand in Europe, Cadillac remains one of the great classics overseas, still boasting a privileged status among American car producers. After all, it’s a brand deeply rooted in nobility grounds.