Bringing The News To Her Neighbors

2020 is over and perhaps that is the only good thing that we can say about it. If I had an eraser and could...
Read more
TOP STORIES

Pei-Sze Cheng is effecting change through the I-Team

Pei-Sze Cheng has a special spot in her heart for the highway signs dotted along Sunrise Highway. It’s not because she’s a traffic sign enthusiast or lover of regulation; rather, the Roslyn Heights resident feels a connection to them because she helped put them there.

As a member of NBC 4 New York’s I-Team, Cheng has conducted countless investigations and reported on issues that have a local and international impact. Her stories have not only raised eyebrows and sparked conversation, but effected major change.

One of her more notable investigations took a look into Sunrise Highway, and why there were almost monthly accidents on the stretch of road.

“We put a camera on the back of our truck and noticed that there were no wrong way or do not enter signs,” said Cheng. “That was against a law the state DOT had made, that they needed a minimum number of signs at these exit ramps.”
Immediately after the story aired, the state DOT installed 229 new traffic signs along the highway.

“Now every time I drive down Sunrise Highway I look at those signs,” Cheng said. “That’s one good example of the impact some of our stories have.”

Another one of Cheng’s investigations took a closer look at the airport security system at JFK Airport, after a series of loud bangs at Terminal 8 led to mass panic and a false active shooter response. Her story, which focused on the lack of unified security system, sparked major concerns and a review of the airport’s security measures. 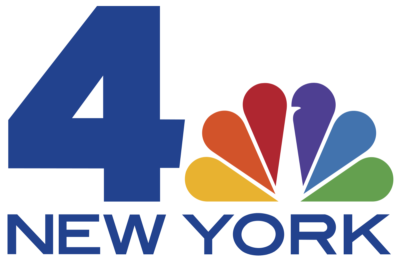 Through her work on the I-Team, Cheng has also uncovered what was causing holes in the pipes of Plainview Water District residents, and investigated a teen overdose at a supervised drug party in the Hamptons. For Cheng, reporting on issues important to Nassau County residents is personal. A Roslyn Heights resident, Cheng said that being able to make an impact in her community is the most rewarding part of her job.

“It’s what I love most about my job, that we can effect change and help people and give back to the community,” said the mother of two. “This is the community I live in, so I have a vested interest in wanting to make it better.”

The Suffolk County native grew up watching the news, noting that as young as 3-years-old, she and her grandma would watch Kaity Tong do the broadcast.

“My parents and grandma were immigrants and they loved watching Kaity on the news,” Cheng said. “It was amazing to them that there was a Chinese person on the news, who had such an important job of informing people. That was always in my bones, that someone could bring such pride to a community and her family and do so much good.”

And though a career in news seemed to be a perfect fit, it was only after obtaining a political science degree from Columbia University and taking the LSAT did Cheng decide to give journalism a try. What was supposed to be a year-long experiment has turned into a multi-decade career, a job that Cheng says most days, “doesn’t feel like work.”

After a job writing for News 12, she covered traffic for a Connecticut News 12 station. While it may not sound like the most exciting beat, Cheng said doing live traffic reports every 15 minutes was one of the most important jobs she ever had as it taught her how to think on her feet. She then moved onto WFSB-TV in Hartford, where she served as the New Haven bureau reporter and fill-in anchor.
She served as a general assignment reporter for NBC 4 New York for more than 8 years, before joining the I-Team in 2013. In addition to her I-Team investigations, the Emmy-award winning reporter has covered national and international stories, including the Sandy Hook shootings, terrorist attacks in Europe and Congressional baseball practice shooting.

Since launching her journalism career 15 years ago, Cheng’s commitment to covering the news hasn’t changed but the methods in which she reaches viewers has. Social media has allowed Cheng and her fellow reporters to not only expand their audience, but build credibility and engagement.

“There are some people who don’t watch the show, but watch the social media. It’s part of our daily life. I’m not just thinking about what’s going on TV, but what I can put on the web and Twitter and put on Instagram,” Cheng said. “And through social media I can build links to viewers and it allows them to contact me directly.”

Social media allows Cheng and her fellow I-Team members to stay relevant and keep their fingers on the pulse of what’s going on in the tristate area. And while being an Emmy award-winning reporter with a wide audience is great, Cheng said at the end of the day, the most important part of her job is making a lasting impact.

“These issues really matter to people and we ask the questions people want to know,” she said. “Particularly with the I-Team, it’s an investigative advocacy role. It’s about getting answers.”