Saxophonist lives at the crossroads of creativity and humility

Benjamin Franklin once said, “A man wrapped up in himself makes a very small bundle.”

Which goes a long way toward explaining the expansive amount of work Branford Marsalis has accomplished as an acclaimed jazz saxophonist, steady Sting sideman, Tonight Show with Jay Leno band leader and Tony Award-nominated composer. Simply put, the man is about as ego-free an artist as you are going to cross paths with. The eldest of the four Marsalis brothers, the Louisiana native is prone to wisecracks and salty language and isn’t above poking fun at some of his own work. Marsalis is currently touring with his quartet behind last year’s The Secret Between the Shadow and the Soul. Of the seven cuts on this release, one is a fiery and upbeat reading of Keith Jarrett’s “The Windup.” And while the saxophonist was happy with the project’s end result, he was quick to admit it came out of an ill-fated 2017 attempt to record all of Jarrett’s Belonging, the 1974 album the song originally came from.

“There was a time when we talked about the idea of rerecording the whole record. I decided we should start early and start playing ‘Windup’ on the road for about a month and it went well. Then we kind of did a detour and veered to do a project with Kurt Elling [ed. note: 2016’s Upward Spiral]. So that song was tabled for about a year and a half. And then when we were starting to work together again as a quartet and had this aborted session in New Orleans that just wasn’t working,” he recalled. “The great thing with working with different people is that it changes you, whether you want it to or not. I know personally that I did not acknowledge the change. So we showed up in the studio in either 2017 or 2018, trying to recreate 2015 which was gone, because we had played with this singer and the whole thing had changed. None of it was working—it was just awful. So I said, ‘we’re aborting this [crap].’ I listened to it a couple of times and there was no confirmation by us necessary—it’s confirmed—it sucked.”

It might seem like a shocking thing to hear from such a gifted player, but Marsalis is more concerned with executing a challenging musical vision than chasing accolades. He explains that it comes from being naturally shy and the nature of being a player looking to improve those around him versus bringing attention to himself.

“When I was playing music with Sting, my job was to make my boss sound as good as I could. That was my job when I was 14 years old and I was playing piano and saxophone in a band. When the concert is over, my job is done. At that point, to my view, I’m invisible. Don’t get that wrong. I’m not doing a passive aggressive thing. Sting did right by us,” he said.“Sometimes people in a band think they’re famous too and they’re really not. No one is paying attention to you. Just be okay with that. The gig is over, they’re going to have a party, I’m going to get a drink and sit in the back room and talk to the guys in the band and everyone is going to fawn all over Sting. I’m not saying this with bitterness. This is what it is. In my mind, I’m always kind of in the horn section. When you work with popular singers, they’ll turn around and say, ‘Give it up for the hard-working boys in the band.’ That’s your name—the boys in the band.”

Marsalis’ current quartet dates back to 1986 and is his primary means of expression. Pianist Joe Calderazzo and bassist Eric Revis count 20 years of service to the group while drummer Justin Faulkner is the rookie, having entered the fold back in 2009. He credits the continuity of the foursome being the key to pursuing more creative musical avenues. 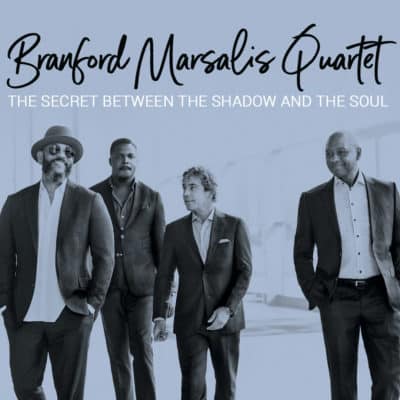 “Staying together allows us to play adventurous, sophisticated music and sound good. Lack of familiarity leads to defensive playing, playing not to make a mistake. I like playing sophisticated music, and I couldn’t create this music with people I don’t know,” he said. “You make the music challenging and every time they go out to work with another band and they’ll come back and say they miss this. Because that’s how I feel when I’m not playing with them because I really miss them. It’s because we have a very unique thing. Not that we just play together, but we’re still studying music, still listening to things and still trying to improve. And we’re constantly trying to improve and not technique improvement, but musical improvement. Technique improvement is a quest too, but more important is musical development.”

But for Marsalis, the humility he’s carried with him through his musical journeys is also a hallmark of the foursome that bears his name.

“We’re not on the stage acting like we’re geniuses and concert-goers are idiots and they should be on their knees bowing to us because we are substantial. We’re just some jackasses on stage and we’re forced to learn this [stuff], so we learn it. But when we deliver it, we deliver it like four jackasses and everyone can relate to the Four Stooges,” he said. “You don’t have to go to music school. We’re not going to try and tell you our music is a reconciliation of 4/4 and the Pythagorean Theorem. We’re just four dudes on the stage playing music that we like and some of it you will like and some of it you will not like. But the ones you like, you’re really going to like.”

The Branford Marsalis Quartet will be appearing on Feb. 27 at the Patchogue Theatre for the Performing Arts, 71 E. Main St., Patchogue. For more information, visit www.patchoguetheatre.com or call 631-207-1313. They will also be appearing on Feb. 28 and 29 at Jazz at Lincoln Center, 10 Columbus Circle, NYC. For more information, visit www.jazz.org or call 212-258-9800.