Professional sports mascots have been a part of the entertainment landscape for the past couple of decades. Many credit the San Diego Chicken with firmly kickstarting this trend for the Padres back in the 1970s. Major league baseball has firmly embraced this idea of anthropomorphic characters, particularly teams with some kind of animal identity. The following are some of the more popular avian characters fans have come to embrace.

Created in 1979 and introduced by then-team owners Anheuser-Busch as a way to entertain fans, Fredbird (a play on the term “Redbird”) rides an ATV, “beaks” the head of supporters and throws T-shirts to fans in the stands with help from Team Fredbird, a group of young women employed by the club to help Fredbird out. Following Cardinal home victories, he’ll take a flag with the team logo and go on the field with it. 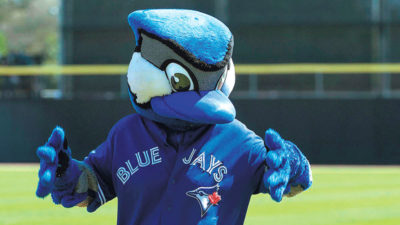 One of four mascots the Blue Jays have had (BJ Birdy from 1979 to 1999 and Diamond from 2000 to 2003), Ace came into being in 2000 alongside the latter. Junior was a second blue jay mascot that was introduced to be present during “Junior Jays days”, usually Saturday home games, when children are invited to run the bases after the games. Junior’s number is 1/2. 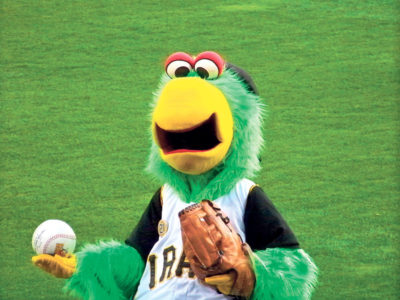 While the team’s identity is based on swashbucklers, the mascot was inspired by the bird owned by Long John Silver in Robert Louis Stevenson’s Treasure Island. Created in 1979 as a counterpart to the interstate rival Philly Phanatic, the Parrot went from initially wearing pirate garb to sporting a baseball jersey and backwards cap. 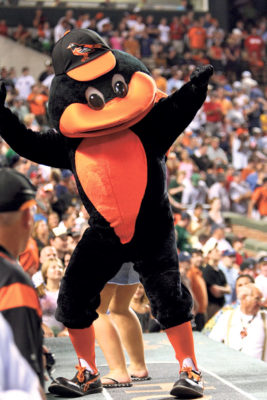 The Oriole Bird is a cartoon version of the bird of the same name that was “hatched” out of a giant egg prior to Baltimore’s 1979 season opener at Memorial Stadium. According to Orioles.com, The Oriole Bird’s favorite foods are “mostly bird seed, with occasional crab cake.” The Oriole Bird’s head was featured on the team’s caps from 1966 until 1988 and again since 2012.