Veteran actor William Fichtner (Mom, Prison Break) may have been born at Mitchel Air Force Base, but his heart and soul are beholden to Western New York. Fichtner is a true-blue Buffalo native, where he shot much of Cold Brook, his forthcoming directorial debut in which he also plays the lead, as well as having a co-writing credit, production duties and everything short of doing custodial and craft service duties. Like any other native that hails from the City of Good Neighbors, Fichtner is a rabid sports fan, who roots hard for the city’s Sabres and Bills. His affinity for the latter runs deep enough that he not only appeared in a commercial for the team before the 2014 season, but he provided narration for the ESPN 30 for 30 documentary Four Falls of Buffalo, chronicling the Buffalo Bills’ four consecutive Super Bowl appearances from 1990 to 1993. As someone whose childhood is rife with memories of former Buffalo players, including Cookie Gilchrist and Jack Kemp roaming the field at War Memorial Stadium and later cheering special teams legend Steve Tasker, Fichtner shares a trio of favorite Bills. 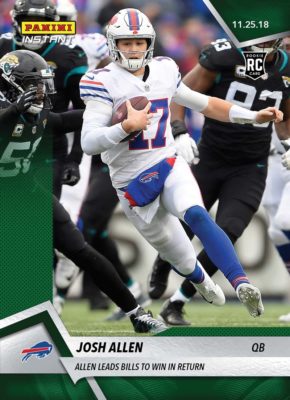 “I love Josh Allen. He’s still making mistakes but I’ll tell you something about him—me, my wife and my son Van, a senior in high school who lives and dies for the Buffalo Bills—we went to see him play against Cincinnati a couple of weeks ago and they played well. Josh Allen has a look in his eye that’s no-quit—[Jim] Kelly had the same thing. He’ll stand right up there in the fourth quarter and say, ‘Nope, nope. I don’t care if we’re down with two minutes to go. I’m going to win this game.’ And that’s what he did in that first game against the New York Jets. [The Bills] didn’t play for three quarters. But they played for one quarter [and won]. I love Josh Allen.” 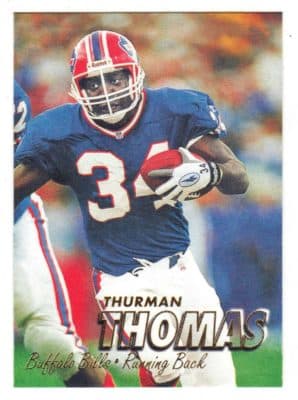 “I think that even the year the Bills lost that Super Bowl to the Giants in ’90, Thurman Thomas was the MVP of that game. Thurman was also an MVP of the league in 1991. He was just an amazing athlete. I also like him, too, because he spoke up. You’ll remember when [Jim] Kelly was originally drafted, he didn’t want to go to Buffalo and he didn’t. He chose to go to the USFL to the Houston Gamblers. Eventually that league folded and Kelly came to Buffalo. Now, he’s a big Buffalo supporter. But back then, he didn’t really want to be there. Thurman was pretty outspoken about him being a good guy and if not, he was going to tell him he wasn’t. Thurman was that kind of guy because he’s a good guy and was that sort of soft-spoken kind of powerful leader. I loved him as a player.” 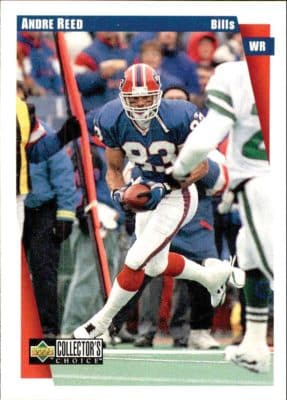 “I’m going to go with Andre Reed as my third favorite Bill and that’s probably because he’s such a nice human being and I had the pleasure of meeting him a couple of times. He’s been completely present, right there and lovely. I just know that the years I watched him play, he was just incredible. I love Andre Reed.”