This year marks the 125th anniversary of that quintessential American sport, basketball. The game was invented in 1891 by Dr. James Naismith, a Canadian-born physician who studied such sports as football and soccer in formulating the rules for this new activity. The game found its first popular home in the state of Indiana, where residents would celebrate the end of the harvesting season with tournaments held inside local barns. But the game reached its zenith on the streets of New York.

On both the college and professional levels, basketball took off in the boom years of the post-World War II era. New York basketball first made its big splash in 1950, when the City College of New York squad won both the NCAA and the NIT tournaments, a feat never matched before or since. The team featured such New York legends as Floyd Lane, Ed Roman, Irwin Dambrot, Al Roth, Herb Cohen and Norm Mage, all products of the New York City public school system and coached by native New Yorker, Nat Holman. The legend, however, remains tainted by a point-shaving scandal that took place in 1951.

Seven years later, a New York City-dominated team coached by another New Yorker, Frank McGuire, led the University of North Carolina to an upset, triple-overtime win over the University of Kansas and its star center, Wilt Chamberlain. That lineup also lives for the ages: Lenny Rosenbluth, Pete Brennan, Tommy Kearns, Joe Quigg and Bob Cunningham. Incredibly enough, television networks used to burn tapes in those days and so there is no footage of how these gritty New Yorkers managed to stop the dominating Chamberlain. 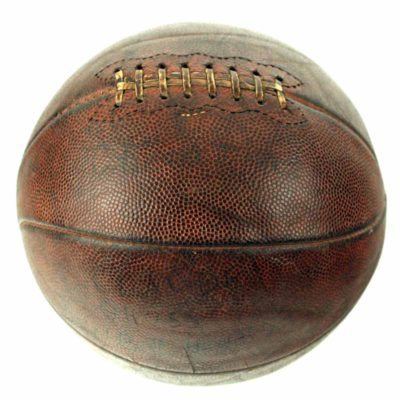 As an asphalt city, New York is home to countless playgrounds that spawned these legends. The most famous is Rucker Park in Harlem, which holds an annual summer tournament, one that attracts players and fans from the entire nation. The Rucker tournament also highlights a juxtaposition that once existed in New York basketball. Some Rucker veterans, like Abdul-Jabbar and Erving, had legendary college and professional careers. Others, such as Earl Manigault, Joe Hammond and Pee Wee Kirkland, were known more for their feats on the playground, while falling short in the world of organized ball. The book to read on this phenomenon is Pete Axthelm’s The City Game, which chronicled both the world of the Rucker tournament and the “downtown game” as played by the 1970 World Champion Knicks.

New York has managed to produce both coaches and players of equal magnitude. That helps in playing what is a team game. There is also the socio-economic factor. Basketball, like prizefighting, is a way out for many a young man. Now and into the future, homegrown players are certain to play it straight in the manner of Abdul-Jabbar and Erving, rather than just being known as playground greats.