Art house films sometimes make you think—or view the world—in a different way. Of the 80-plus films that I’ve screened this past year, these are my favorites. They’re grouped in categories, rather than listed numerically. Many are so good that there is little distance between them. 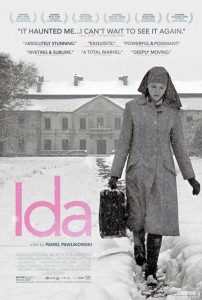 Best Of The Best

My hands-down best film of the year, this exquisite black-and-white gem is set in early-1960s Poland. The story focuses on a novitiate, a young nun, who learns that she is Jewish before taking her vows. The cinematography displays large interiors and vast exteriors, suggesting both the power of the church and the vastness of the secular world of which Ida has little knowledge, as she comes to terms with a potentially life-altering experience. 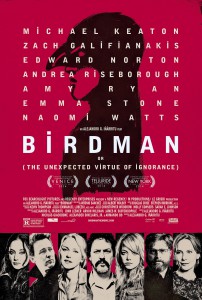 
The trailer for this film made it look like a heavily animated action film. For that reason, I almost passed on what might be the best English-language film of the year. The combination of a washed-up actor trying to make a comeback and theater people who are satisfied and unsatisfied with their lives in various degrees, are absorbing. Long camera takes place the viewer inside the New York City theater in which this is set, making the theater and its neighborhood a “character.” Compelling.

This is a British WWII story of espionage, intrigue and medieval treatment of homosexuals. Rising star Benedict Cumberbatch holds center stage as Alan Turing, a mathematician and cryptologist, whose work during the war solved an “unbreakable” German code. Keira Knightley as his coworker, then fiancée, along with an ensemble cast, including Mathew Goode, Charles Dance and Mark Strong, deliver excellent performances that work together and keep you in your seat.

Documentaries no longer look and sound like the Movietone newsreels of the ’40s and ’50s. The following four “new style” documentary films really stand out.

This documentary showcases the complicated and soul-searing relationship between the son of a founding Hamas leader turned Israeli informant and his Israeli handler of 10 years. After seeing it, you may never look at newspaper accounts of the Israeli-Palestinian conflict the same way. 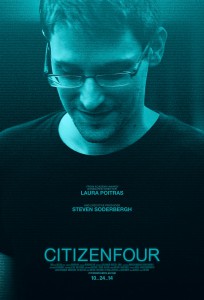 If you’ve heard the name Edward Snowden but you’re not exactly sure who he is or what he’s done, this film will make you wonder if he’s a criminal, a hero or both. Why did he leak documents from the National Security Administration? How the filmmaker came to make this is a story in itself worth telling.

Rory Kennedy, the late Robert F. Kennedy’s daughter, has made a film about the last days of the war that defined a generation. I will never again see images of those last American helicopters leaving Saigon as I have. Nor will I believe that war isn’t an asylum run by lunatics.

If you believe that there’s nothing quite like the moments captured in classic black-and-white photographs, then this documentary about a woman who worked as a nanny in Chicago should be a treasure trove. The images she captured on film, how her works were discovered and bought for a few hundred dollars, will stay with you.

Not To Be Missed

Set in Mumbai, India, is a sweet, sad, sentimental tale of a young woman, her cheating husband and a lunchbox mistakenly delivered to an aging widower, who is near retirement. Her “auntie,” who lives in the same building and is talked to through a window but never seen, may remind viewers of TV character Molly Goldberg.

Shows the shocking drive and abuse that one young man will endure to become the world’s best drummer. His beast of a teacher and mentor, played by veteran character actor J.K. Simmons, who will probably win the Academy Award for Best Supporting Actor, is memorable.

This is a warm and sentimental tale of a longtime gay couple, played by John Lithgow and Alfredo Molina, who finally marry only to find that Molina loses his job and they cannot afford to live together. Lithgow’s performance shows warmth, sweetness and depth. 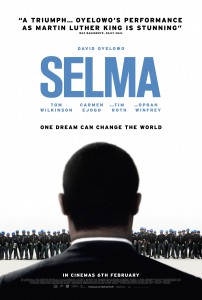 Certain scenes from Martin Luther King Jr.’s 1965 march from Selma to Montgomery, Alabama, made me feel as though I was in the same room with him. David Oyelowo’s portrayal of King makes the man come alive, up close. Tom Wilkinson’s portrayal of Lyndon Johnson is raw and gritty. This film made me think about what it means to be an American.

A story of the developing writer-mentor relationship between the iconic Simon de Beauvoir and little-known writer Violette Leduc, the leads are played by French film stars Sandrine Kieberlain and Emmanuelle Devos, whose performances alone make this film worth seeing.

In this three-hour documentary of Britain’s National Gallery, directed by Fredrick Weisman, there’s no voiceover, just the voices of the real people being filmed. If you liked his film La Dance (2009), you may love this.

This Swedish film set in the French Alps shows a lunchtime avalanche that becomes the subject of a discussion about what masculinity means in the contemporary world.

Michael Givant, who writes our “Bird’s Eye View” column, also teaches a film course at Farmingdale State College in the Institute for Learning in Retirement and a foreign films class at The Longboat Key Education Center in Florida.