While heroic moments dot the history of New York Baseball, there have been plenty of gaffes on the diamond as well. As another baseball season is set to spring, here are a few moments when New York baseball was less than all-star caliber.

In 1908, the New York Giants were poised to win the National League pennant over the Chicago Cubs when Al Bridwell knocked a base hit that should have brought in the winning run. But Giants’ rookie Fred Merkle, running from first base, failed to touch second and was called out. The game ended in a tie and the Cubs later won the makeup game, winning the pennant and the World Series. The gaffe was immortalized as “Merkle’s Boner” by the baseball press.

Son Of A Yogi

Dale Berra joined the New York Yankees prior to the start of the 1984 season. Unfortunately, the younger Berra’s most notable on-field contribution was a bizarre baserunning play in an 11-inning, 6-5 loss to the Chicago White Sox on Aug. 2, 1985. With Bobby Meacham on second base and Berra on first, Ricky Henderson’s hit looked to bring them both home but after Meacham slipped, they both arrived home at the same time and were both tagged out by Hall of Fame catcher Carlton Fisk.

A Different Kind Of Goat

In terms of closers, Mariano Rivera is the greatest of all time (GOAT)—but in game seven of the 2001 World Series, he perpetrated the greatest blown save of all time. The Yankees had everything going for them, as Rivera retired the side in the eighth inning, then was handed the ball with the lead in the ninth inning against the Arizona Diamondbacks’ 7-8-9 batters. Instead of breezing to victory, Rivera gave up a walk, committed a throwing error and ultimately surrendered the game-tying and winning hits. The Yankees would have to wait until 2009 to celebrate their 27th championship. 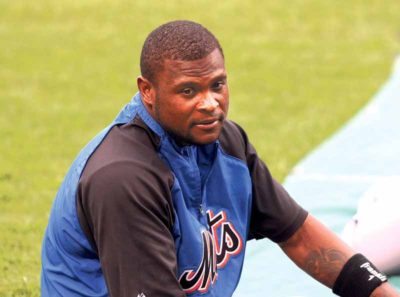 The Mets-Yankees rivalry has plenty of less-than-stellar moments for both franchises, but this is perhaps the lowest. On June 12, 2009, the Mets were leading the Yankees 8-7 as closer Francisco Rodriguez took the mound in the bottom of the ninth. With two outs and Derek Jeter and Mark Teixeira on first and second, Alex Rodriguez hit what appeared to be a harmless pop out to end the game. Mets’ second baseman and pariah Luis Castillo somehow misjudged the ball and dropped it. Jeter and Teixeira would both score, icing the win for the Yankees. 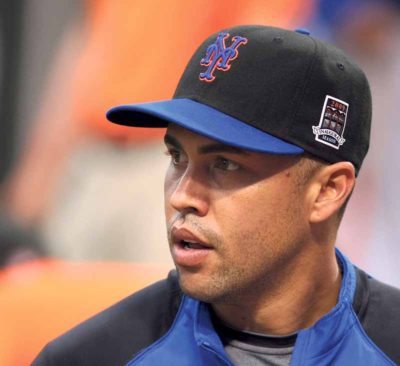 In the mind of many fans, Carlos Beltran’s Mets career is defined by one moment—his failure to swing as he watched Adam Wainwright’s pitch sail by for strike three in the 2006 National League Championship Series. A championship was not to be that year for the Mets, but optimistic fans looked toward 2007 with hope. Then that collapse happened, and the team spiraled into a long stretch of failure. Of course, more astute fans don’t blame Beltran at all for the 2006 loss. Instead, they reserve their anger for Aaron “F***ING” Heilman and the meatball he served up to Yadier Molina in the top of the ninth.