Ann Wilson Gets Back To The Fierce Bliss Of Playing Live

Playing live music is in Ann Wilson’s blood. The San Diego native is a performer who not only craves the intangible give-and-take she gets from the audiences she’s entertaining, but with the musicians she’s interacting with, be it on stage or in the studio. With Heart in a self-described “dormant” state, getting to scratch that itch after two-plus years of pandemic-informed scenarios was paramount. It’s all the more pressing on the heels of the recent release of Fierce Bliss, her third and newest solo outing.

Leading up to this latest project, last year saw Wilson shaking off the performance rust by touring behind the 2021 Sawheat 8 EP. She used that momentum to record in Nashville and the storied FAME studio in Muscle Shoals with her band, the Amazing Dawgs. From Wilson’s experience trying to pull the EP together, the Rock and Roll Hall of Famer knew that socially distanced collaborating wasn’t going to cut it going forward.
“When we tried to record some of these songs [for Sawheat 8] remotely, I didn’t feel like it had that punch,” she explained. “There was a feeling of vagueness to it because it was more about doing what you need to do, get back to me and you wind up with this mountain of material that’s been to a few different destinations with each person putting their own style on it. That just didn’t work for me.” 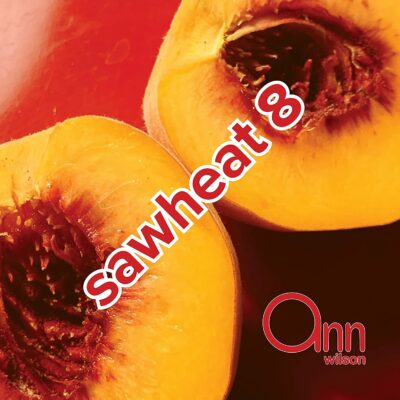 With that lesson learned, Wilson spent a week a piece in Tennessee and Alabama, emerging along the way with 11 songs that are a mix of covers, collaborations and originals. In the process, she wound up working with a number of notable names including Kenny Wayne Shepherd, Gov’t Mule’s Warren Haynes and Vince Gill. What started out as a way of getting out of the house and reconnecting with her craft in a real-time manner instead yielded Fierce Bliss. Among the highlights are originals like “Greed,” an aggressive rocker that draws from industry experiences (“I think people who claim to have made every decision from a root of pure idealism, and never done anything dark or greedy, is lying”) and “Black Wing,” an ethereal gem sparked by COVID-caused isolation shortly after Wilson moved to Florida and features Wilson’s flute accompaniment.
“It was the first song I wrote during the pandemic when we were in lockdown,” she said. “I’d look out my window for months at this river where all these birds were flying around. As I was feeling more isolated, I started to anthropomorphize them and wish I could be up there with them too able to go everywhere.”

Not unlike the connection she found with Loverboy’s Mike Reno on the 1984 hit “Almost Paradise,” Wilson hits the sweet spot with Vince Gill on a reading of the 1975 Queen nugget “Love of My Life.” The idea came out of the septuagenarian vocalist envisioning her version as a duet and trying to figure out who “the male angel” would be that could sing the other part of this cover.
“I thought how great the song would be if it was stripped down and just sung with soul,” she said. “It had to be Vince Gill because he’s got that voice.” 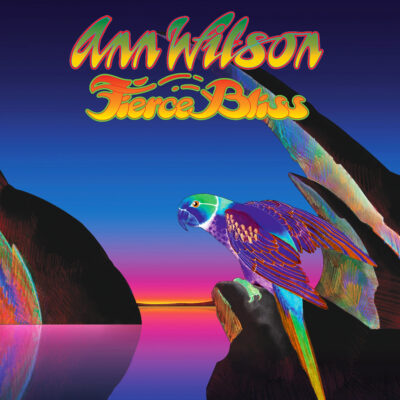 As to what fans can look forward to, Wilson promises a solid cross-section of material from the different eras of her career.
“They can expect some new stuff—songs they haven’t even heard yet as well as a few Heart songs and a few covers,” she said. “[The Amazing Dawgs] are a great band. They’re just fantastic and I’m having a ball with them.”

With the rest of the year packed with tour dates, Wilson gets to tap into the spiritual sustenance she gets from playing before an audience. And if you think the intrinsic satisfaction Wilson gets from playing live might be a result of seeing Led Zeppelin for the first time on a bill with Three Dog Night and the Fifth Dimension. Or the early days she spent in pre-Heart bands like White Heart and Hocus Pocus, you’d be wrong. It was instead the experience of listening to her mom’s copy of Harry Belafonte’s Live at Carnegie Hall that cast the dye for the future rock singer that continues to be her creative North Star.

“Live at Carnegie Hall is just a classic record with some amazing performances on there,” she recalled. “He did this version of the old Irish song ‘Danny Boy’ on there. He just has the audience right in the palm of his hand with all this delicacy and tenderness before he goes up to this one high note and nails it. I was just a little kid listening to that and I felt the thrill of that high note so deeply that in that moment, I knew I had to do that somehow. I didn’t know how but I had to get up there and feel that. It had very little to do with an audience. It had more to do with being a hollow reed and taking orders from the Force.”