These simple exercises can calm your sympathetic nervous system and help you transition from a hyper-alert and anxious state to a calmer and more focused one.
Read more
TOP STORIES 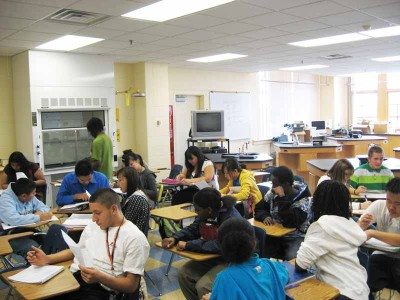 A new report from ACT points to missed opportunities for a significant number of 2015 U.S. high school graduates who took the ACT test. Around 20 percent of ACT-tested graduates who met at least three of the four ACT College Readiness Benchmarks—suggesting they were likely well prepared to succeed in first-year college coursework—did not enroll in college in the fall of 2015.

“Academic preparedness is a key to college success, so students who have shown they are ready to tackle college courses have already overcome a huge hurdle,” said Steve Kappler, ACT vice president, brand experience. “With more and more good jobs requiring at least some education after high school, it is disheartening to see so many students who were ready from an academic standpoint not take advantage of that opportunity.”

The report, College Choice Report 2015, reveals that 22 percent of students who met three of the ACT benchmarks and 17 percent of those who met all four benchmarks did not enroll in either a four-year or a two-year college in the fall. This represents a total of more than 140,000 students.

ACT research shows that students who meet the ACT College Readiness Benchmarks are more likely to persist in college and earn a degree than those who don’t. The benchmarks specify the minimum score students must earn on each of the four ACT subject tests to have about a 75 percent chance of earning a grade of C or higher and a 50 percent chance of earning a B or higher in a typical credit-bearing, first-year college course in that subject area.

Not surprisingly, better-prepared students were more likely to enroll in college, particularly in a four-year school, than lesser prepared students. The more of the four ACT College Readiness Benchmarks students met on the ACT test, the more likely they were to attend a four-year college or university. In contrast, the majority (55 percent) of students who met none of the readiness benchmarks did not enroll in college.

Overall, two-thirds of the more than 1.9 million ACT-tested 2015 graduates actually enrolled in college in the fall of that year. However, the majority of those students did not enroll in the type of college for which they expressed a preference when they took the ACT test.

The majority—61 percent—of 2015 graduates said they preferred to attend a four-year public college or university. Fewer than half (45 percent) of those students, however, actually enrolled in such an institution, with 10 percent instead enrolling in a private four-year college, 17 percent enrolling in a two-year college, and 29 percent not enrolling at all.

A much smaller proportion of 2015 graduates—14 percent—said they preferred to attend a private four-year college or university, with 41 percent of those students actually doing so in the fall of 2015. The rest either enrolled in a public four-year college (27 percent) or a two-year school (8 percent). Nearly a fourth (24 percent) did not enroll.

Among the 9 percent of ACT-tested graduates who expressed a preference to attend a two-year institution, the majority (59 percent) did not attend college in the fall.

Visit www.act.org/content/act/en/research/college-choice-report.html for the full report.