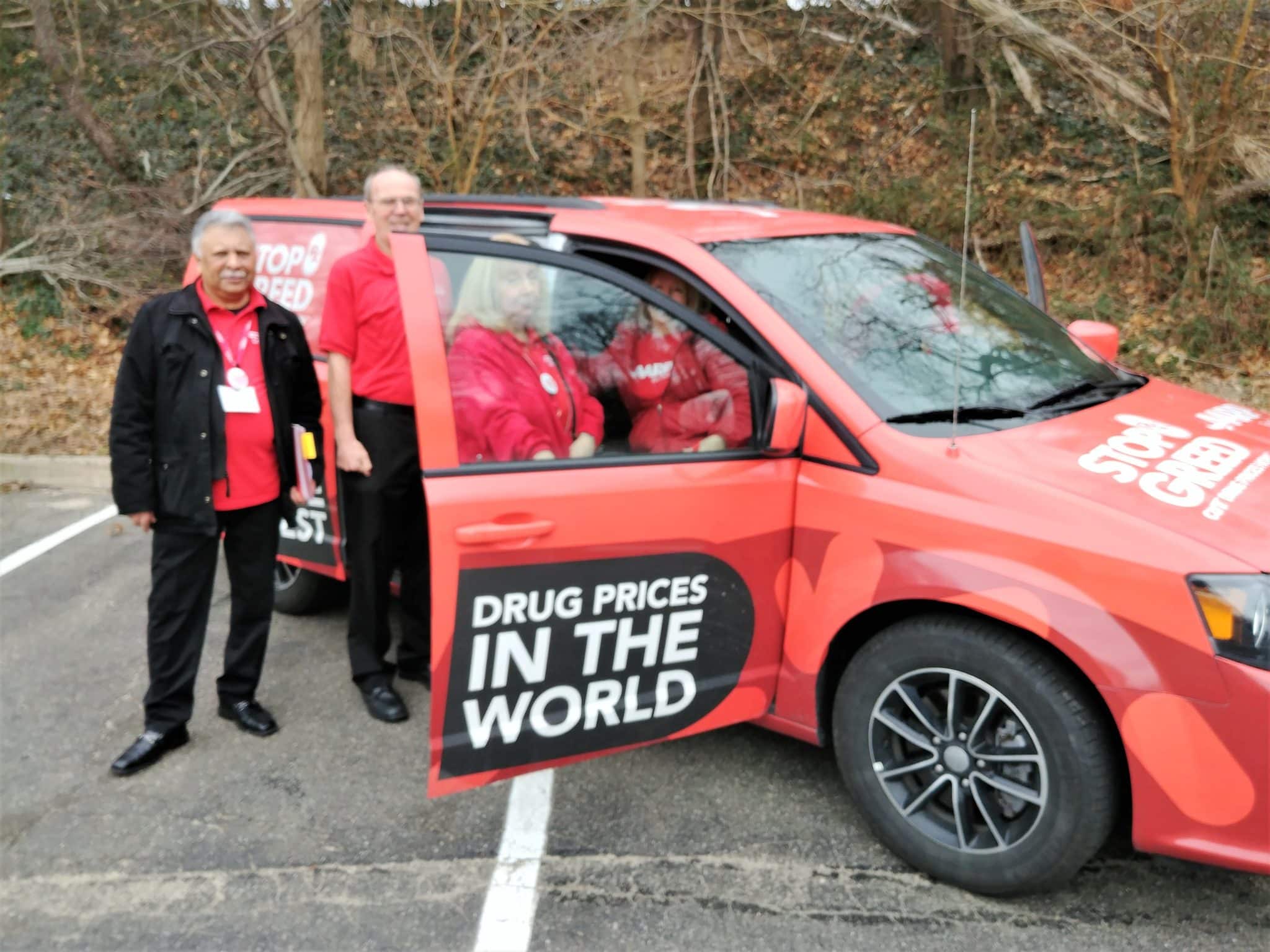 The volunteers urged their lawmakers to ensure the final state budget due April 1 includes:

“Older Long Islanders are hurting because of the outrageous costs of the prescription drugs they need,” said Bernard Macias, AARP Associate State Director for Long Island. “New Yorkers shouldn’t have to choose between food and medicine. Our volunteers are speaking up and urging their state legislators to act because their lives—and the lives of so many of the 50-plus—depend on it.”

The cost of prescription treatment jumped five times faster than the average New Yorker’s income from 2012 to 2017.

As a result, too many New Yorkers are skipping needed and potentially life-saving prescription medications; 24 percent of New York voters 50 and older went without a prescription during the past two years, with 60 percentof those citing cost, according to a recent AARP statewide survey.

“I’m taking a chance with my life,” said Richard Staller of Bellmore, a diabetic who cuts his insulin in half because it would cost him over $600 a month if he took the full dosage. “I do have Social Security and a little income coming in,” added Staller, who was self-employed before retiring and has no pension. “But the costs are just outrageous, and I make choices.”

“When you are living on a fixed income and you have a condition such as asthma, to have to choose between your meds and everyday necessities can become very difficult,” said Sandy Camiolo of East Northport, an asthmatic who balked at the first two inhalers she was prescribed—for $750 a month and $450 a month. She settled on Symbicort combined with other treatments, but when she met the donut hole requirement late last year, her monthly out-of-pocket cost jumped from $47 to $390—and then she had to plead with her doctor for her insurance company to cover the generic alternative. “There is not much one can do in a situation such as this—you have to breathe.”

“It’s ridiculous that medication can cost $10,000 a month,” said Valerie Mortimer of Northport, who took Ibrance for a year in 2016 after the breast cancer she had been diagnosed with five years earlier returned as metastatic breast cancer. Mortimer enrolled in an insurance plan that covered all but a $50 monthly co-pay—but she and her husband pay over $1,000 a month for that insurance and Medicare. She questioned how anyone who lacks insurance could possibly afford the $9,850-a-month drug, which she noted now costs about $13,000 a month.

“It’s life and death if you get anaphylactic shock, but I stopped buying the Epi-Pen because it’s just too expensive,” said Joanne Argyropolous of Holtsville, who is severely allergic to bee stings and noted Epi-Pens expire after a year. For protection, she has taken to carrying an electric bug zapper racket in warm weather.

AARP volunteers gathered at the Hauppauge Palace Diner this morning before fanning out in smaller groups to travel to their legislators’ district offices, some in AARP vans.

Besides the immediate state budget items, volunteers also urged their legislators to support additional state Rx legislation after the budget, including requiring disclosure of “pay for delay” deals that delay the availability of cheaper generic alternatives.