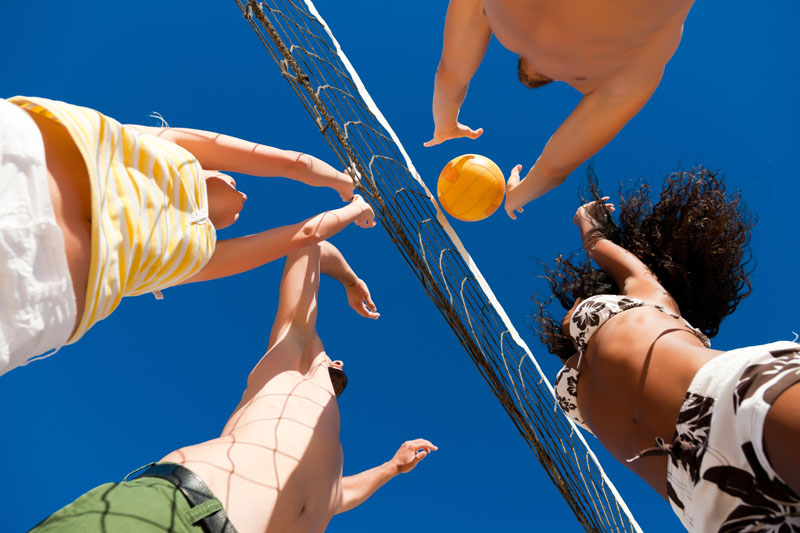 With summer fast approaching, many sports leagues are starting up to keep you busy during the long season. One of the most popular sports played on Long Island in this time period is beach volleyball, which is the focus of many leagues in Nassau and Suffolk counties.

Below is a list of just a few of the beach volleyball leagues you can participate in.

Long Beach is one of the top beach volleyball locations on Long Island, and Evolutions Volleyball one of the various leagues that embrace that. The league hosts games every Thursday starting May 24 and every Monday starting June 4. The league also hosts after-parties where they provide a free buffet and beer specials every game night following the completion of the final match.

LIVA is the largest adult volleyball program in the northeastern United States, and one of their premier locations is on the lower strip of the Island, Jones Beach. The league brings people together of all skill sets to have fun and compete in tournaments from June to September. The league hosts adult leagues, junior leagues, youth clinics and charity events as well.

Located on Bar Beach, this league is one of many run by the East End Volleyball (EEVB) organization. The league runs both recreational leagues and competitive leagues, with some of the competitive divisions running with very strict rules for those with the highest amount of volleyball skills. If you want to join a league as a single player, EEVB can help create a team for you and other single players. All games are played weeknights.

East End Volleyball has been organizing beach volleyball tournaments since 1977. The organization has leagues across Long Island—Tiana Beach in the Hampton Bays, Centerreach Park, Long Beach, Nickerson Beach and the aforementioned North Hempstead Beach Park. For information on how to join, visit the website or East End Volleyball’s Facebook page.