rotect your family from COVID-19 by practicing and promoting everyday healthy habits. The Centers for Disease Control and Prevention have provided this checklist to plan...
Read more
Sports

Washing your hands is among the most effective ways to protect yourself and others from spreading illness. Still a task so seemingly simple can be...
Read more
TOP STORIES 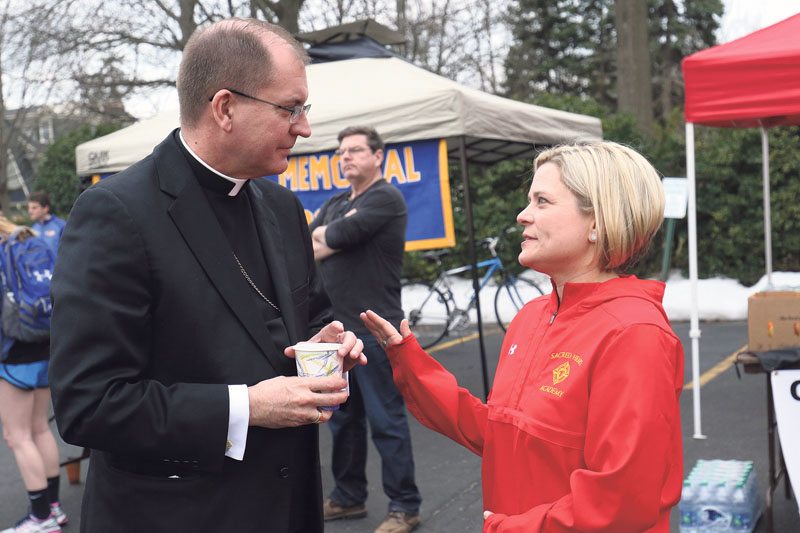 More than 800 runners participated in the Run for Tomorrow’s Hope, a 5K charity race/fun run hosted by St. Joseph School in Garden City. The event, now in its second year, drew runners from as far east as Greenport and as far west as Brooklyn. This year’s 812 participants, along with sponsoring businesses and families raised more than $18,000 for the Tomorrow’s Hope Foundation, the Long Island-based charity that supports Catholic elementary students and schools. In addition to a 7:30 a.m. mass prior to the event, Bishop John Barres was on hand to meet and greet the organizations and individuals supporting the event. Bishop Barres offered a blessing to both the fun run participants and to the race participants prior to the two starts.

“We are very pleased with the support this race has gained within the community and grateful for the support of the businesses, families and participants that make this possible,” said race director Dr. Michael Spinelli. “The Tomorrow’s Hope Foundation is an outstanding local charity and the St. Joseph’s School parent and business community comes together in a powerful way to support the children and families of Long Island’s Catholic Elementary Schools.”

Vice chairman of the Tomorrow’s Hope Foundation and run supporters Frank Liantonio and Chris Tully were on hand to thank supporters personally.

“The Tomorrow’s Hope Foundation has provided financial assistance to more than 17,000 students who might not otherwise have been able to attend Catholic elementary school since its inception 11 years ago,” said Liantonio. “Support from Long Island businesses and individuals is at the heart of what we do and there is no greater demonstration of that support than what we see at this great event.” 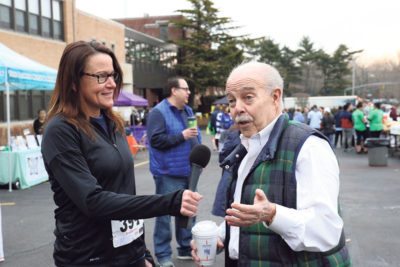 The St. Joe’s Cup, a trophy acknowledging the elementary school other than the host school with the largest number of participants went to Long Beach Catholic Regional School with St. Martin of Tours School in Amityville right on their heels. Private running clubs were well represented by the TSC Track Club from Floral Park sending a large and fast group of runners.

As a USATAF Certified/Sanctioned 5K course, all participants in the race were chipped for exact timing, and the course for precise distance. There were gold, silver and bronze medals awarded in a variety of age brackets as well as a few categories that were purely fun. Some of the noteworthy performances included a second win in a row for women’s overall winner Lauryn Heskin.

Heskin, representing the TSC Track Club set a record with her 2016 run and was the first women’s finisher again in 2017 with a time of 18:30.7. She was slightly off her 2016 pace because, as an eighth grader, she had a busier than normal personal schedule with preparation for the Catholic High School entrance exam and more pressing scholastic responsibilities this year.

TSC Track Club members Sophia Muccini and Siena Muccini were second and third respectively for a 1,2,3 sweep of the podium positions. The three of them are 13- 14- and 12-year-olds.

The event was covered by Telecare TV, the National Catholic television network that operates from here on Long Island and covered by Telecare’s own host Karen Smith. In addition to covering the event for Telecare, Smith competed in the event and won first place as the fastest women’s Catholic educator, with a time of 27:27.3. While the podium was dominated by young runners, the event drew runners from every age group and acknowledged their accomplishments. Even former St. Joseph’s Principal Eileen Kilbride came out and ran in the event, winning in her age group.

“This is a wonderful cause and they deserve our support,” said Kilbride.