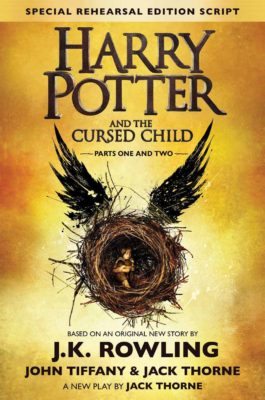 Stephen King once said that books are a uniquely portable magic. To that end, what better gift to give than the kind of literary potion that will take its recipient away to an enchanted destination?

Harry Potter and the Cursed Child: Parts I & II

The eighth story about Harry Potter that serves as an epilogue and takes place 19 years after Harry Potter and the Deathly Hallows and has since been turned into a stage production. Other companion books to go with this selection are Fantastic Beasts and Where to Find Them and The Tales of Beedle the Bard.

Whitehead’s novel about an escaped slave named Cora transforms the Underground Railroad into an actual system of tunnels and tracks that finds her fleeing North with a slave-catcher hot on her trail. In the process, the author ties Cora’s plight in with that of the African-American experience post-emancipation.

The New Jersey native shares much in this sprawling narrative that takes the reader from being inspired by an Elvis Presley appearance on The Ed Sullivan Show to making his hay on the Asbury Park bar band circuit and numerous stories from the road.

Five years in the making, this autobiography was released on the 40th anniversary of the seminal rock documentary The Last Waltz. In it, Robertson writes about growing up half-Jewish/half-Mohawk on a reservation, early years touring with Ronnie Hawkins, collaborating with Bob Dylan and his years in The Band.

Atlas Obscura: An Explorer’s Guide to the World’s Hidden Treasures

Armchair travelers will revel in this printed journey that takes readers to more than 700 of the strangest and most intriguing places on the globe. You’ll learn about Virginia’s Great Stalacpipe Organ, Italian bone museums, glowworm caves in New Zealand, Singapore’s Thieves Market and much more. 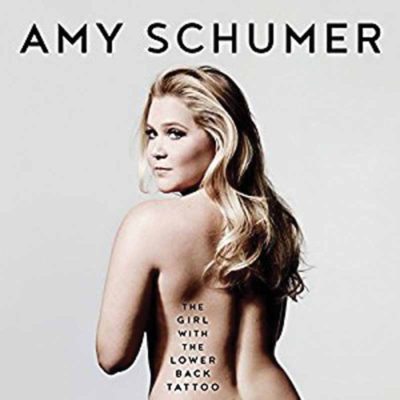 Girl With the Lower Back Tattoo

Far from a mere collection of comedic essays, Schumer’s book is an autobiography that touches on serious topics with a wry twist that include sexual assault and consent, gun violence and the bumpy relationship she’s had with her parents.

Seinfeldia: How a Show About Nothing Changed Everything

This history of the show not only shares plenty of behind-the-scenes moments and how real-life moments and people wound up bleeding into this ground-breaking sitcom, but the ripple effect it wound up having on pop culture

The Grammy Award-winning singer-songwriter takes her tales from the stage to the tome as she recounts her musical journey that found her inspiring, collaborating, touring and recording with the likes of Kris Kristofferson, Graham Nash, Eric Clapton, Stephen Stills and the late Leon Russell and Joe Cocker.

The Mannings: The Rise and Fall of a Football Family

Sports Illustrated scribe Lars Anderson captures the story of the Mannings, weaving in patriarch Archie’s ascent and his on and off the field influence on all his sons, NFL quarterbacks Peyton and Eli along with eldest offspring Cooper, who was forced to quit after being diagnosed at 18 with a rare spinal condition.

Rangers Versus Islanders: Denis Potvin, Mark Messier and Everything Else You Wanted to Know About New York’s Greatest Hockey Rivalry

Who better than the Hockey Maven to copilot this book? Beginning with the Islanders being founded in 1971. Fischler and Weinstock cover all the highlights: the 1975 playoff series upset of the Rangers, their 1979 payback, the squads’ eight ’70s/’80s playoff meetings and the Islanders recent move to Brooklyn.