100 Years Of Learning, Family And Faith

The story of St. Brigid/Our Lady of Hope School in Westbury is one of both significant progress and steady sameness since its founding in 1918. Now, with their 100th anniversary looming, Paul Clagnaz, the school’s principal since 1997, is looking forward to celebrating the legacy of a Catholic school that’s persevered through a continuously evolving educational landscape, all the while maintaining the inclusive and nurturing principles that have defined it from the beginning. “It’s very exciting. I’ve been here for 25 years, first as a teacher, then as an assistant principal and principal. As the anniversary approached and I knew I would be here for it, it’s a great milestone to be here to celebrate with the community,” Clagnaz said, before conceding, “Non-public school education is challenging, especially in New York State.”

One challenge, Clagnaz notes, is that of declining enrollment over the years. In the mid-1960s, enrollment peaked at about 1,470 students, but by 1973, it was down to 990 and now sits at about 350, Clagnaz said. He also notes that the number of Sisters on the school’s faculty has diminished over the years, with only one currently on board. Despite these changes, Clagnaz considers enrollment “stable,” and a suitable amount to work with. 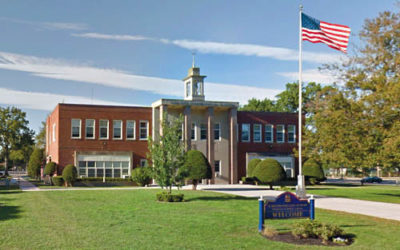 “What occurred at St. Brigid’s is basically what happened in the world of Catholic education or non-public education. In the ‘60s, enrollment started to decline and you had to make adjustments. You had to run as a smaller school. Now it’s 350 [students]. That’s kind of a comfortable number for us to operate with.”

Clagnaz identifies the upgrading of technology in schools as one change that St. Brigid/Our Lady of Hope has adapted quite well to. He recalls that when he first arrived at the school, there was little more to offer in the way of technology than a handful of Apple IIe computers.

“Now we have Smartboards in practically every room. Teachers all have school-issued laptops; all the kids in grades 3-8 have a Chromebook,” said Clagnaz, who counts the school’s cutting edge approach to education as one of the things he’s most proud of. “It was not easy. If you’re going to have 350 Chromebook-users, then you have to have the infrastructure to support that. A lot went into it, many years of planning and several years of execution.”

One thing that’s remained constant over the years, however, is the school’s commitment to education, faith and diversity. Clagnaz, in an analogy that only could have come from a former teacher, compared the school’s set of ideals to an atom—the nucleus being the education element, and the faith acting as surrounding electrons, always remaining vital.

“For many of the grades, the younger grades, [they’re taught] the golden rule. That permeates everything. When [faith] is appropriate, it comes up. When there’s something happening in the world, we can look at it through a Catholic perspective,” said Clagnaz. “Not everybody who attends here is Roman Catholic—most are—but we welcome children here from all faiths. We have embraced who we are as a diverse school community, so if you want your children to be in a place where there’s diversity, that’s a plus in this particular Catholic school.”

Celebration plans for the school’s 100th anniversary are already underway, with a committee meeting on a monthly basis and filling in a year’s worth of events set to begin Sept. 1. Among the events is a mass to be held at St. Brigid’s Catholic Church on Post Avenue, for which Bishop of the Diocese of Rockville Centre John Barres has been invited as the main celebrant, schedule permitting. There will also be a procession down Post Avenue and a Turkey Trot on Thanksgiving weekend, which Clagnaz expects will be well-attended by alumni.

“What we’re trying to do is, we want to have things for all of the constituencies. We want to have something for the current families, we want to invite back the alumni, have something for the community and for the parishioners,” Clagnaz said, adding that the school also hopes to hold a celebration to recognize how much its demographic has changed over time. “Students were predominantly Italian and Irish. That’s changed over the years…we also have Haitian kids, African American kids, Asian kids, Filipino kids. It’s really a good representation of the reality of the world. So we will likely have a multicultural celebration, where families will bring in foods from their cultures.”

Clagnaz takes pride knowing that students, who graduate from St. Brigid/Our Lady of Hope in eighth grade, are well-prepared to face high school, college and beyond. But, having attended both public and Catholic school and seeing education from multiple vantage points, Clagnaz can’t deny that the school has meant something even greater to its faculty, students and their families.

“There’s a sense of belonging, a sense of family. People don’t attend here because they happen to live in a geographic area; people come here because they choose to. They come from Westbury, Carle Place, East Meadow, all over the place,” Clagnaz said. “The children aren’t giving up anything because they go to Catholic school. We’re providing them with resources that are equal to or better than even some public schools offer.”