Bob Mould: Going Back To His Roots With- Beauty & RUIN

When it comes to bands that have a deep appreciation and reverence for rock and roll history, The Black Crowes have always been unabashed...
Read more
Arts, Music & Entertainment

Guitar legend emerges from pandemic with new album The social distancing and other aftereffects of COVID-19 may have caused plenty of creative outlets to grind...
Read more
TOP STORIES

Bob Mould – Beauty & RUIN (Merge) – The ability to meld melodicism with the fury and abandon of punk rock in a convincing and literate manner is a rare talent that many flail away at but wind up falling considerably short of achieving (much of what’s been labeled emo tends to fall into this category for me). None do it so masterfully as Bob Mould, who has been nailing it flawlessly since back in his days fronting Husker Du. After a stint exploring dance music (and penning professional wrestling scripts), Mould has moved back to his alt-rock roots in the past five years, going so far as to reissue his prior band Sugar’s albums in deluxe format and returning to that sonic aesthetic by way of his 2012 Merge Records debut Beauty & Ruin. 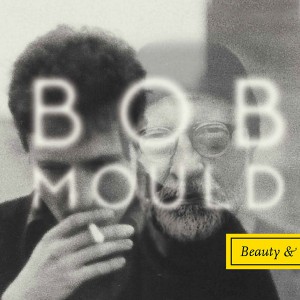 As stellar as that outing was, its follow-up is equally as exemplary. Mould released his autobiography, See a Little Light: The Trail of Rage and Melody back in 2011. Between that and the passing of his father, (with whom he had a prickly relationship with) the following year, the native New Yorker wound up with plenty to inspire him throughout the 36 minutes that make up his 11th solo album.
Backed by bassist Jason Narducy (ex-Verbow) and Superchunk drummer Jon Wurster, Mould channels the combination of grief and melancholy of both losing a parent and grappling with being in his early 50’s, into musical manna. Amid a maelstrom of howling harmonies and crashing riffs, couplets like “Pull the poison out, drink the pain away,” in the dirge-like opener “Low Season” immediately make it the soundtrack for the darkness and despair that comes with depression and sadness. From here, there’s a move towards emotional purging whether it’s that of a toxic romance (the quasi cheery and impossibly cheery “I Don’t Know You Anymore”) or accepting aging while railing at the frivolity of youth (an exercise in pop-punky brilliance that is “Hey Mr. Grey.”) Elsewhere on “The War,” Mould sings “The war has worn me down/Broken dreams and a hole in the ground/Don’t give up/And don’t give in,” signaling his accepting the rockiness of the relationship he had with his father as sheets of melodic riffs cascade down and a sense of relieved resignation sets in. While on “Fire in the City,” Mould uses muscular chords to grapple with his mortality while he sings “Burning ground/I see the left I left behind/don’t turn around.” Honesty is at the heart of Beauty & RUIN and while the alt-rock icon has the kind of musical acumen that’s gotten him well-earned respect from his peers, it’s the emotional vulnerability Bob Mould shares with the listener that makes it all such a triumph.