With everything from five-star establishments helmed by celebrity chefs to tiny eateries passionately run by a local cook, eating on Long Island is a multi-course network of every flavor imaginable. Each year, new restaurants open, while some favorites close. In celebration of those that remain, here are the most memorable meals, restaurants and overall dining experiences of the last year.

Early in 2018, I took on the monumental challenge of finding the best fast-casual burger in Nassau County. For this seasoned eater, the clear winner was Burger Bite (616 Hempstead Tpke., West Hempstead). The patties are juicer than most and perfectly seasoned, and unlike most other fast-casual joints, they ask how you want your burger cooked. 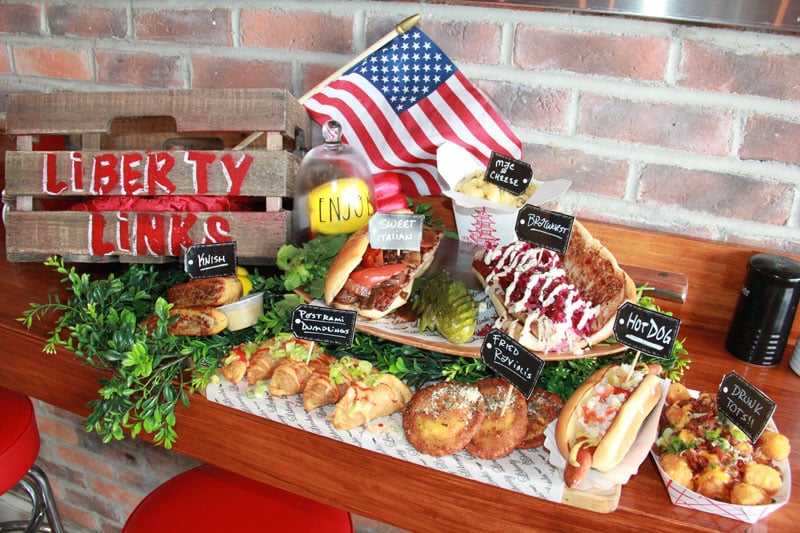 Liberty Links (154 Atlantic Ave., Freeport) changes the conversation from burgers to tubular meats made from scratch, offering a fast food approach to butchery with freshly made ingredients—all built on a solid foundation of tradition, freedom and sausage. The links created run the gamut of sausages from around the world, including bratwurst with pork and veal, knockwurst with smoked German beef, cheese and parsley chicken with aged provolone, chorizo with smoked pork, hot and sweet Italian and lamb merguez with red wine, rosemary and cumin.

I found my way to Bucket List (201 Sunrise Hwy., Rockville Centre) over this past summer. Specializing in what the proprietors call “Northern Fried Chicken,” Bucket List’s menu reads like scrawled notes following an unabashed foodie’s fever dream. Topping that list is fried chicken. The poultry is dredged in a mix of spices, then fried until golden.

For a decidedly more high-end night out, chef David Burke, who has helmed some of New York City’s top restaurants over the span of his 35-year career, joined the team at the Garden City Hotel with Red Salt Room (45 7th St., Garden City). Burke’s seasonal—and flavorful—culinary style is evident across his menu. The chef’s salt brick cuts of beef top the list, with porterhouse, bone-in ribeye, sirloin and filet mignon. Then there’s Burke’s slow-roasted chicken, with the chef’s butchering expertise positioning the dark meat on top of the white, giving the bird a chance to baste itself—assuring the white meat stays juicy.

Back to the working-class approach to food, Sempre Fame (374 Tulip Ave., Floral Park) is an unassuming storefront that houses the best of all that is smoked, sauced and kissed by a flame this side of the Mason Dixon Line. The friendly and inviting restaurant’s menu is a confluence of barbecue styles, with Texas, the Carolinas, St. Louis and every regional favorite in between given a home under Sempre Fame’s roof. And bringing it all together is the old-world influence of the Cavallo’s Italian heritage—particularly true with the Pyro Pork sandwich, which loads pulled pork, bacon and mozzarella on Texas toast with the game-changing cherry pepper sauce, a proprietary concoction that brings just enough heat to the sweet bite of the pulled pork. 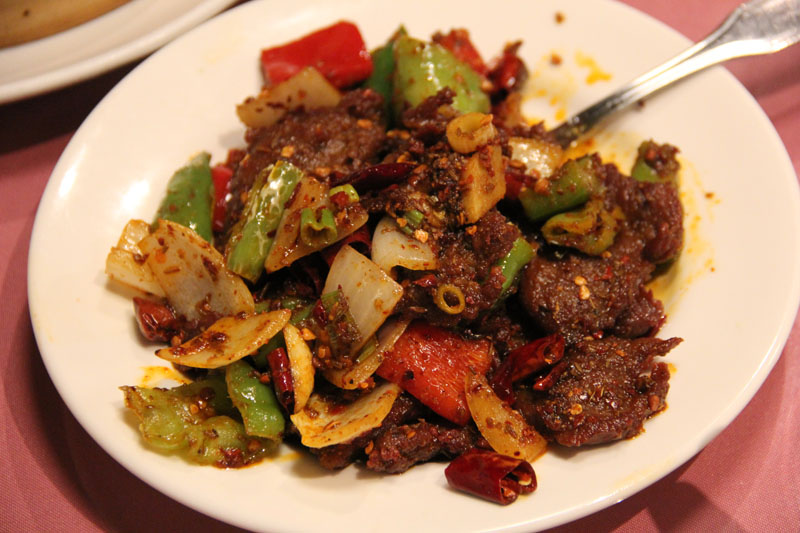 One of the newer restaurants visited this year is the authentic Szechuan restaurant Cheng Du (947-949 Hempstead Tpke., Franklin Square), with a menu that gathers selections from the Sichuan Province, while also reaching into other regions for tastes from Taiwan, Japan and Americanized Chinese food. A major standout on the Chengdu-style menu is the cumin flavor section, particularly the cumin-crusted beef stir fry with bell peppers, dry peppers, long hot peppers and onions. The mouth goes numb, the brow begins to sweat and before you know it, you’ve completely devoured every morsel on the dish. And it’s not just the spiciness of the dish. The texture is exquisitely pleasing, as the cumin crust alters the structure of the meat and the peppers and onions maintain a satisfying crunch.

DJ’s Clam Shack (3255 Sunrise Hwy., Wantagh) slings lobster rolls, fried clams, crab cakes, fish tacos and much more. One of the top offerings at DJ’s—the lobster roll—can be ordered one of two ways: the cold, mayo-based New England style, and the warm, butter-forward, Connecticut-style. Using the knuckle and claw in the roll is an ingenious maneuver, as that meat far surpasses the highly regarded tail portion in tenderness, but also in sweetness and overall flavor.

In a year full of memorable meals, the aforementioned dishes serve as a fine primer for anyone looking to devour 2019 from the moment the calendar flips.