A Brentwood mom was arrested after she helped her daughter fight
another teenager on the afternoon of Thursday June 19, in Brentwood.

According to police, Dorka Lopez, 41, drove her 15-year-old daughter to Regis
Park, located on MacArther Avenue in Brentwood, to fight another 15-year-old girl. Lopez watched the girls fight and, at one point, she allegedly grabbed the victim’s head and pushed her to the ground. Approximately 20-30 other teenagers had gathered to watch. 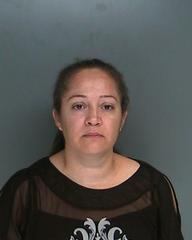 Police officers arrested Lopez, of Merrill Street, Brentwood, and charged her with
2nd degree harassment and two counts of endangering the welfare of a child. She was scheduled to be arraigned at the First District Court in Central Islip on June 20.