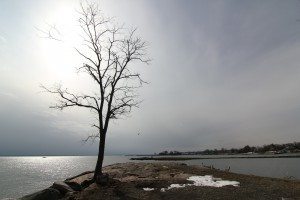 Waking up when it’s still dark out is no easy task. All you want to do is curl up in your blankets and hit snooze forever. However, with the winter solstice taking place this Monday, more hours of daylight will be coming our way.

The December solstice is either the 20, 21, 22, or 23. In 2012, the winter solstice coincided with the end of the Mayan calendar, which brought about beliefs of the world ending. Most assume it is the 21 or 22 if the month and that’s because they do happen more often. The last time the solstice took place on Dec. 23 was in the year 1903. The next solstice occurring on Dec. 20 will be in the year 2080. The reason the date changes is because our 365-day, occasionally 366-day, leap year calendar does not exactly match the earth’s varying rotational orbit.

This year, in the Eastern Standard time zone, it occurs Dec. 21 at 11:49 p.m. At that specific time, and everywhere else in the world, for example it is Dec. 22 at 12:48 p.m. Australian Western Standard Time, is when the sun was directly over the Tropic of Capricorn. The South Pole has 24 hours of sunlight, while the North Pole is the opposite and is without sunlight for an entire day. That is why in the Northern Hemisphere it was the day with the fewest hours of daylight. The reverse happens in the South because the seasons here and there are opposite.

Solstice is derived from the Latin word “solstitium” which means “the sun stands still.” When the sun is directly over the Tropic of Capricorn, it reverses direction, pausing for a moment as it does so.