2020 is over and perhaps that is the only good thing that we can say about it. If I had an eraser and could...
Read more
TOP STORIES 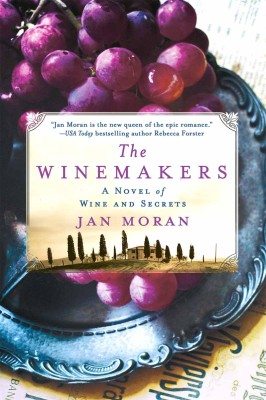 From author Jan Moran comes The Winemakers, an epic romance novel about a young woman named Caterina, a family secret and a devastating truth that could destroy the man she loves. Caterina, heir of the Rosetta family’s American vineyard, travels to her family’s ancestral home in the Italian countryside where she learns of deeply buried family secrets.

Many years ago, the Rosetta family’s hard-won dreams of staking their claim in the vineyards of California came to fruition. Now high-spirited, passionate Caterina, who has inherited both her mother’s talent for crafting the finest wines and also her indomitable will, wants nothing more than to win her mother’s approval and work at her side. But that can never happen, because Caterina is keeping a secret that could ruin her: a daughter of her own fathered by the love of her life, who left her without explanation.

Just as she feels she has nowhere to turn, Caterina discovers that she has inherited a vineyard in the Tuscan countryside in Italy from a grandmother she’s never heard of, and she seizes the chance to start a new life for herself and her child.

Moran’s story and characters are praised for their depth, independence and smartness.
If you love romance, historical fiction and wine…this novel will hold you until the last delicious sip.

Editor’s note: We had a tough selection between several great novels. Click the book titles to see more about these three novels: Like Family by Paola Giordano; All the Stars in the Heavens by Adriana Trigiani; The Violinist of Venice: The Story of Vivaldi by Alyssa Palombo.