Will New Casinos Really Save Communities? 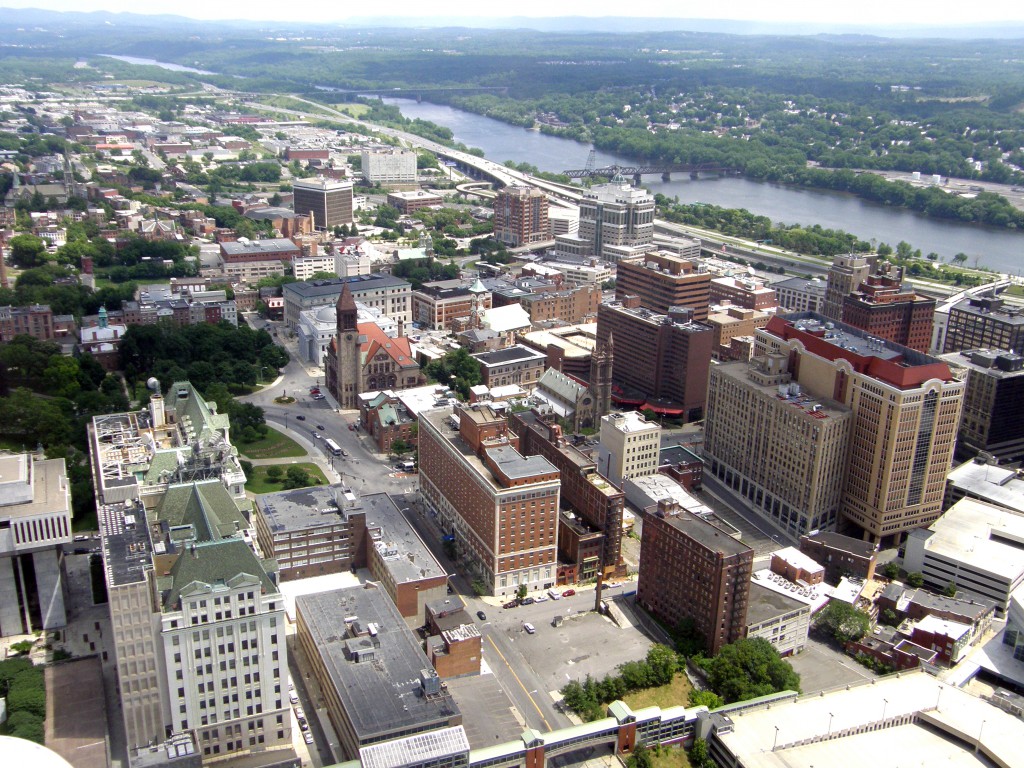 At Albany, Routes 9 and 20 merge on a bridge over the Hudson River. Head west, and you drive into the guts of the Empire State Plaza, the seat of our state government. Head east, and you drive into oblivion. Actually, you’re in Rensselaer County, a mix of serious suburban-style sprawl along the highways, now-seedy little cities along the river, and farms and open land in between everything.

“Mike, this town is going down the toilet. It needs something to shake it up.” A friend wrote this to me last week, attaching copies of promotional materials for the proposed casino at East Greenbush.“9&20 is filled with closed businesses, for sale signs. It is a ghost town here.” She’s describing the two-mile stretch of road between her house and one of two competing casino sites with views of the Albany skyline.

22 groups met the state’s April 23 deadline for applications, including the $1 million entry fee. The plans are due on June 30. They will be evaluated by a state commission based on a formula (economic activity generated, 70 percent; local support, 20 percent; “workforce factors,” 10 percent). Eventually, four casino licenses will be granted somewhere within three designated regions in Upstate New York, including Albany-Saratoga, Southern Tier-Finger Lakes and Catskills-Hudson Valley. By the end of June, applicants have to put together a lot of things, including site plans, business plans and local impact plans.

Before almost anything else, there has to be a resolution of local support from the local town, city or village. There won’t be any public referenda, but they must have the votes of local elected officials, which has the makings of a potential ethics conflagration. Every day, sometimes more than once a day, alliances and strategies and locations have been shifting.

Opposition to the casino proposed for downtown Saratoga Springs was unexpectedly vocal. The developers switched to East Greenbush. On June 4, the developers of the $300 million “E23” (for Thruway Exit 23) casino plan along Albany’s southern edge suddenly pulled out and hours later announced a new casino site on the river directly across from Albany. The reasons for switching to a much smaller site are unclear. A lot of things are unclear in this process. In late May, two of the original 22 casino developers dropped out altogether without ever revealing where they were hoping to build.

The intense time pressure has pushed and pulled disparate local interests into alliance and opposition. Eyes have been opened. Last week, more than a dozen local Amish men showed up at a Yates County Courthouse proceeding and gave rare media interviews to describe what an additional 9,000 cars on the road each day would do to their way of life. In some towns, surviving Main Street businesses are splitting over casino plans, sometimes bitterly.

My friend in East Greenbush believes that prosperity will return by plopping down a big casino across from the Walmart, Home Depot and Target that already helped shutter many unique local businesses along the turnpike. A lot of promises were made last year about the positive effect more casinos and gambling venues would have on economic activity and property taxes and everything.

Last week, the State Comptroller’s office released a stunning report, a year too late, warning that casinos will largely draw revenues from surrounding populations, and that this may affect consumer spending and local sales tax revenues. The report warned that uncertainty regarding the new casino locations and intense regional competition make it hard to estimate overall benefits to state and local revenues. Despite 21 expansions of legalized gambling over the last 47 years, mostly in the name of increasing aid to education, the overall percentage of school district revenues provided by the state has not risen.

We’ll see. Will we remember?