The NYC Economic Development Corporation’s release of a master plan for their own proposed Sunnyside Yard project continues to leave a major unresolved issue. How would this project work, without significant transportation improvements?  Both Amtrak and NJ Transit use the existing Sunnyside Yards for mid day and overnight storage, along with positioning of equipment for rush hour service.  The MTA, LIRR and Metro North have their own future potential plans to use portions of Sunnyside Yards for construction of a station.  The MTA, LIRR, Amtrak  New Jersey Transit and Metro North Rail Road all will play a role in the success of any development plans for Sunnyside Yards.

Few remember that in 1998, as part of the proposed MTA LIRR Eastside Access project, construction of a passenger station was considered for Sunnyside Yard.  It would have provided access to the growing Long Island City business and residential district.  Fast forward twenty one years.  The MTA has still not advertised and awarded a contract for the new Sunnyside Yard LIRR Station (that was to be built at Queens Boulevard and Skillman Avenue). There is no significant funding included for this project within the current $51 billion MTA 2020 – 2024 Five Year Capital Plan. The next opportunity for funding would be under the upcoming MTA 2025-29 five-year capital plan. The MTA always has the option to add this project to the current Five Year Capital Plan via amendment.  Funding could come out of the promised $15 billion from congestion toll pricing. Once funding is in place, the MTA would need to complete environmental review, preliminary and final design followed by advertising and awarding a construction contract.  Next, is the notice to proceed, contractor mobilization, actual construction, beneficial use, completion of inspection, acceptance and contract punch list items, receipt of asset maintenance plans, followed by release of retainage and final payment to the contractor.  Just to reach beneficial use could easily take five years. Many years ago the previous estimated project cost was $400 million.  Who knows what the engineers estimated cost would be over the next few years?  Don’t be surprised if it grows by several hundred million more.  Don’t forget that this station will have to comply with the Americans with Disabilities Act and include a number of elevators. The final project cost upon completion could increase based upon responses to bids, along with change orders during construction due to last minute changes in scope or unforeseen site conditions.

Any future development plans utilizing the air-rights over Sunnyside Yards should include the proposed MTA LIRR Eastside Access project construction of a passenger station at Sunnyside Yard.  It will provide access to both Sunnyside and adjacent growing Long Island City business and residential community, as well as neighboring Astoria and Woodside. There has been incredible residential and commercial growth in neighborhoods adjacent to Sunnyside Yard.

Image the benefits to both residents and commuters. Consider the possible travel options including reverse commuting if a Metro North Rail Road connection from the New Haven line via the Bronx and Hell Gate Bridge on to Penn Station reached beneficial use. This assumes there is a way to find capacity in Penn Station during peak morning and evening rush hours for new Metro North service. It should be easier to find space for off peak, evenings and weekends.  Both could provide service to a Sunnyside Yard station. If you have to wait until the next MTA 2025-29 five-year capital plan for funding, work might not be completed until 2030 or later.. 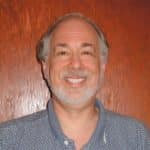 Larry Penner is a transportation historian, advocate and writer who previously worked 31 years for the Federal Transit Administration Region 2 NY Office. This included the development, review, approval and oversight for grants supporting billions in capital projects and programs on behalf of the MTA, NYC Transit, LIRR, Metro North, MTA Bus, NYC DOT along with 30 other transit agencies in New York and New Jersey.