Why Are The Demographics On Long Island Changing? 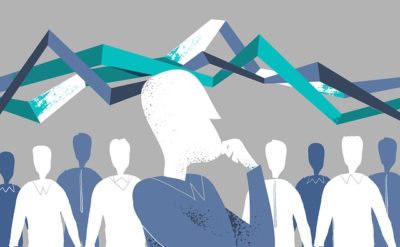 These days, there are plenty of American suburbs that are experiencing resurgence and growth. However, Long Island is definitely not one of them. While this New York suburb is still growing, it’s doing so at a much slower pace compared to some of its neighbors. And furthermore, this snail-like pace of demographic upticks is slowing down even more! With that in mind, it’s worth exploring why the demographics of Long Island is changing—and in what ways.

Which is precisely what we’ll tackle right here! We’ll have a look at why Suffolk and Nassau counties are growing so slowly. And while there are many socioeconomic factors that contribute to this, for the sake of the big picture we’ll boil it all down to three main trends.

Death of the Manufacturing Industry

Before we explore the current demographics of Long Island in more detail, we’d be remiss not to look at the past of this suburb. Just like many other sprawling suburbs of today, Long Island’s biggest growth was back in the ’50s and ’60s. This is generally viewed as the period when the American concept of suburbs truly took off.

The post-WWII world economy became more interconnected than ever before, with the US at the very center of the new global financial system. Also, the domestic defense and aeronautical industries really started booming, because of the exponential growth of civilian air travel.

This economic boom led to the appearance of many well-paying jobs in manufacturing. More people could afford a suburban home near a big city than ever before; areas like Long Island basically transformed overnight. However, this trend has not continued up until today. In the past couple of decades, a huge chunk of manufacturing jobs has been outsourced to companies situated abroad.

Gradually, these industries became less and less present in Long Island. Companies that worked in defense manufacturing like Northrup Grumman had more than 20,000 employees in the ’80s. These days, the company numbers a little more than 500 employees. And there haven’t been new job opportunities in Long Island to replace these lost jobs. If this trend doesn’t change, job growth won’t get any better over the next 20 years.

As other suburbs kept growing over the years, the available space for family housing began to run out. To put it simply, there wasn’t enough space for everyone to have a single-family suburban home. Thus, multi-family housing became the norm as time moved on. But this did not happen on Long Island. This area is still predominantly populated by single-family homes.

Because the local demand has never been oriented towards multi-family housing, it basically put a glass ceiling on population growth in the area. And there are many locals who like it that way; plenty of them fear the potentially larger crime rates and smaller property values that can come with rapid population growth.

However, it’s a vicious cycle that many people don’t seem to grasp. Indeed, the absence of rentals and housing at diverse price points is sure to make the labor supply smaller. That’s just one of the reasons why young people are leaving Long Island. And when you couple that with the unattractively high property taxes in the area, new businesses aren’t exactly fighting to add jobs to the local counties.

As you might have guessed, all of these trends are tightly interconnected. For example, the two factors we’ve mentioned above have been making young workers leave the region since the 1990s. In 2010, people in the 25-35 age cohort made a little over 10 percent of Long Island’s population. This is a sharp decline of about 5 percent of the numbers in the 1970s.

At the end of the day, the situation is pretty simple: young people aren’t able to find a place to leave that fulfills basic criteria—it needs to be reasonably priced, and not in their parents’ basement. On the other hand, they can’t find high-paying jobs either, which would allow them to afford the high rents in the area. So, they simply pack up and move elsewhere.

While all of this may seem like a grim outlook on the demographics of Long Island, don’t think that there’s no room for improvement. In fact, congressional reports have addressed the need for multi-family housing, and subsidies may yet follow.

Also, it should be mentioned that Long Island does have a couple of industries that can be developed further. For example, there’s a growing biomedical industry with well-paying jobs. With the right push, this sector could produce more jobs in the healthcare industry. In fact, some estimates say that Long Island could create up to 70,000 new jobs in the biomedical field in the next 30 years.

But it’s important to note that all of this could only become a reality with the right legislative initiative, leading to long-term measures to combat population reduction and help job growth.

The demographics of Long Island haven’t gone through the best couple of decades. Still, the good thing about the rapid technological progress of the 21st century is the fact that no-one knows what kind of new industries may appear in the near future. And with enough determination, even long-term demographic trends can be turned around.

Sam Smith is a freelance writer, most often doing research on local migrations and the moving industry. When he’s not writing about companies like Movers 101 and population shifts, he frequently dabbles in airsoft and likes hiking.