With all of Long Islands retail bounties, there remains one glaring omission from the landscape—Wegmans Supermarkets. Our local communities have one of the highest per capita incomes in the country, thus making it a magnet for shopping meccas and retail offerings. Anyone who travels along Old Country Road in Westbury or Route 347 in Stony Brook can surely attest to this. So as we reflect on all of our local shopping options, we have to ask ourselves, “Where’s our Wegmans?”

For those not familiar with Wegmans, this family-owned, Rochester-based chain is more than 100 years old and boasts upwards of 100 stores along the East Coast. The foundation of the chain is Upstate New York, but in the last decade, disciplined expansion has taken them all the way down south to North Carolina. On average, the company opens 2 to 3 new stores per year after carefully researching locations. Landlords are lining up and basically giving them blank checks to open in their developments because of the drawing power and credibility each store brings to a community. Without a doubt, Wegmans is a “location destination.”

On average, each store is 130,000-square feet but is much more than a “big box” location. It’s a potpourri of fresh products, quality and award-winning customer service. Some have said if Wegmans doesn’t have it, then it doesn’t exist. Each store also sources produce and dairy from local farms, thus keeping the economic growth in the community.
For the last two decades, Wegmans has placed at the top of the Fortune magazine 100 Best Places to Work list as voted by employees nationwide. They offer a multitude of benefits, internal growth and fair wages. Wegmans consistently has one of the lowest employee turnover rates in the industry.

Each year, Wegmans receives thousands of requests from shoppers requesting that they open a location in their community. At the top of the list, Long Island, which has been on the Wegmans radar for quite some time. Yet we are still asking “ Where’s our Wegmans?’ It’s not for lack of desire. Over the last decade, Wegmans has scouted locations all across the Island, realizing the demand and success a local location would bring.
Some of the rumored locations have included the now-defunct Sears in Hicksville, the former Source Mall in Westbury, the old Home Depot in East Meadow and a spot in Muttontown. But at each stop, they were rebuffed and eventually grew weary of the local red tape and pulled up stakes.

Since that failed foray into a local location, Wegmans has opened a store at the Brooklyn Navy Yard, in Harrison, NY and in 2023, a location at the former Kmart in Manhattan’s Astor Place. In the last few weeks, they shocked most industry observers by announcing they will open their first Connecticut location in Norwalk in the near future. Local real estate icon Wilbur Breslin is on record as saying he feels that Wegmans will circle back to Long Island given the success of the Brooklyn store.

Is it the typical NIMBY attitude that is preventing a Wegmans opening? Or is it competing supermarkets and their lobbyists throwing up road blocks? The jury is still out on that. What is known is that a great opportunity could be lost if we don’t act soon. As previously mentioned, economic growth and job creation would be at a premium with a local location.
For way too long, Nassau and Suffolk counties have gained a horrible reputation for places to build a business or to even expand an existing one. Everything takes forever, cost overruns are rampant and the red tape is endless. 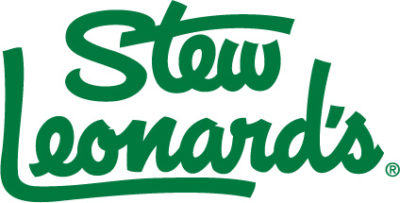 A perfect example of this was the Stew Leonard’s debacle of a few years back. It took more than a decade to be partially resolved. Stew’s originally wanted to build a 90,000-square foot store on the Northwest corner of Rte. 110 and Rte. 24 in Farmingdale. The powerful lobbying effort from Republic Airport threw a monkey wrench into the proceedings with bogus claims of safety because of runway proximity. The project was delayed indefinitely. Stew’s eventually opened a 60,000-square foot store in the adjacent Airport Plaza shopping center at the former Jillians location. Ironically, that center has been the site of several accidents over the years mostly in the Home Depot section. In the meantime, the original lot where Stew’s wanted to build is now being developed into retail space and no complaints have been heard. Stew’s went on to open a second location, a 70,000-square foot store in East Meadow. In neither case did the sky fall. It has saved local shoppers from driving to Connecticut and kept those dollars local It’s interesting to hear people complain about their taxes and the high cost of living here. But they are also the same people at the forefront of blocking progress here.

Yes, we all want to maintain the high quality of life that we enjoy on Long Island. And nobody is advocating to build another Shoreham in the middle of a neighborhood. The majority of these sites are already zoned for retail, so it shouldn’t be a problem.
History has shown us on Long Island that this shortsighted approach will come back to haunt us. Remember the uproar over the proposed bridge over Long Island Sound back in the late ’60s? Fifty years and an expanding population later we now realize what a mistake it was to not build it. Hopefully lessons are learned and people soon won’t be still asking, “Where’s our Wegmans?”