When Home Was On A Long Island Whaleship

After waiting for her sea captain husband’s return from a two-year whaling voyage, Martha Brewer Brown was faced with either being separated from him again or leaving behind their two-year-old daughter Ella with relatives so she could join him on his next voyage. On Aug. 31, 1847, she left from Greenport to “go awhaling” on the Lucy Ann.

Brewer Brown was one of 443 American women who braved life at sea. Whaling, an important part of the northeast’s maritime heritage, was a male-dominated industry: the captain, crew and ship owners were male. Women who decided to sail with their husbands broke social boundaries. After Mary Brewster chose to go with her husband William on the Tiger to the Pacific in 1846 (few women from her hometown of Stonington, CT, had done so) her bold decision scandalized her family so much that her foster mother disowned her.

The little-known stories of women who defied convention during the 19th century to “go awhaling” is the subject of a new exhibit that opened last month at the Whaling Museum and Education Center of Cold Spring Harbor.

“We wanted to explore the experiences and impact of whaling wives,” said museum director Nomi Dayan of the exhibit, which is intended to honor the centennial of women’s sufferage in New York. “There is a connection in talking about these pioneering women before they had access to the ballet box.” 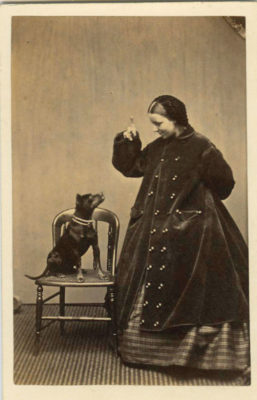 Life aboard a whale ship was no place for a lady. Sailing wives had to contend with unrelenting sea sickness, cramped quarters, the lack of other female companionship and pest-ridden food. They braved hardships including leaving children and family behind and having to give birth at sea. In 1856, Mary Rowland recorded in her journal, “White crawling worms about an inch long come out of the cargo of figs and raisins and large numbers make their appearance in the cabin and more particularly my room. They keep hid during the day time and like the cockroaches and musketoes make their debut at night.” Yet, in 1864, Lydia Beebe noted, “I believe this is where I ought to be with my husband. In the six years of our married life we lived together about six months and I trust now we shall never be separated again till death parts us.”

Before 1845, it was rare for women to go to sea with their husbands. Business, commerce and politics were the sphere of men. 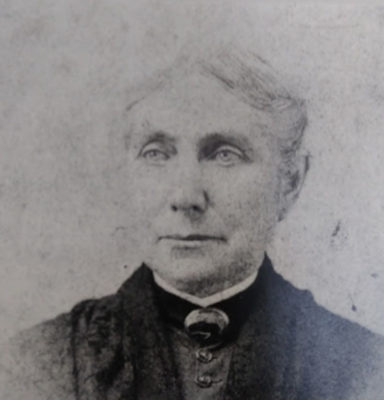 Domesticity and the home was the female sphere. Modesty, piousness and devotion to family were seen to be a woman’s aspirations. Polly Gardiner, whose wedding ring is on display, accompanied her husband Captain Henry Gardiner on the Dawn in the 1820s. Gardiner is believed to be the first documented whaling wife. As more women joined their husbands at sea by the mid-1800s, one in five Yankee whalers were so-called “Lady Ships.” By the 1850s, one out of six whale ships carried the captain’s wife aboard.

Daily tasks such as laundry were a challenge. Sallie Smith noted in 1875, “The lack of good soap and fresh water made a hard task horrid.” The captain’s family was physically and socially separated from the rest of the crew. Women and children were confined to two private rooms: a sitting room and bedroom and meals were taken with officers in the forward cabin. Some captains built their wives a small wooden shed on deck, a private space so they could read or sew. Other areas of the ship were off-limits to them.

The exhibit explores these women’ everyday lives. Many passed the long tedious hours aboard ship sewing or doing needlework, while others, like Brewer Brown took over the role of nursing sick crewmen. Mary Stickney, who traveled to St. Helen in 1880 to join her husband on the Cicero, kept a record of the men she treated for various ailments. Toothache was a common complaint. 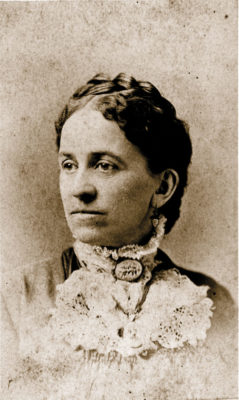 Many women raised families aboard ship or gave birth at sea. Nancy Marie Babcock of Sag Harbor, who sailed from Greenport with her husband Captain Hodges Babcock on long voyages during the 1850s, brought a baby trousseau with her, although sadly, her baby died in infancy in St. Helena.

During much-anticipated “Gamming” parties, gatherings which happened when two or more whalers crossed paths and stopped to socialize and exchange information, a barrel-shaped wooden “Gamming chair,” which is on display was used to lower these “sister sailors” from the deck of one whaleboat to another.

In difficult circumstances, ingenuity was an important skill. Sarah A. Frisbie, who sailed with her captain husband Sluman Gray for 20 years, giving birth to three of her eight children during her voyages, had to decide what to do with the body of her husband after he died at sea in 1849 aboard the Hannibal. With land 400 miles away, she preserved his body in a barrel of rum before shipping him home to Connecticut for burial.
There were also women who disguised themselves as men to join whale ships.

“Little is known about them. We only know of the few who got caught,” said Dayan.

Rebecca Anne Johnson on the whaler Christopher Mitchell of Nantucket in 1848 used her father’s name, George Johnson. After her true identity was revealed, she claimed she had cast off her petticoats to see the world. She was sent back to the nearest American consulate in Paita, Peru, and was sent back to the United States as a passenger on a returning whale ship.

Artworks of contemporary multi-media feminist artists on display complement the stories of struggle and resilience of the whaling wives. In “Typology of Women,” Long Island artist Bastienne Schmidt’s hand-painted silhouette cutouts were inspired by Victorian silhouette portraits. Smaller details within the figures complicate their identity and are meant to provoke conversation on how female identity is constructed across history and culture.

“I feel so close to these women, long gone, so inspired by their tales of courage,” said Dayan. “These women tapped into strong inner convictions and resources.”