What’s The Dill With Pickling? 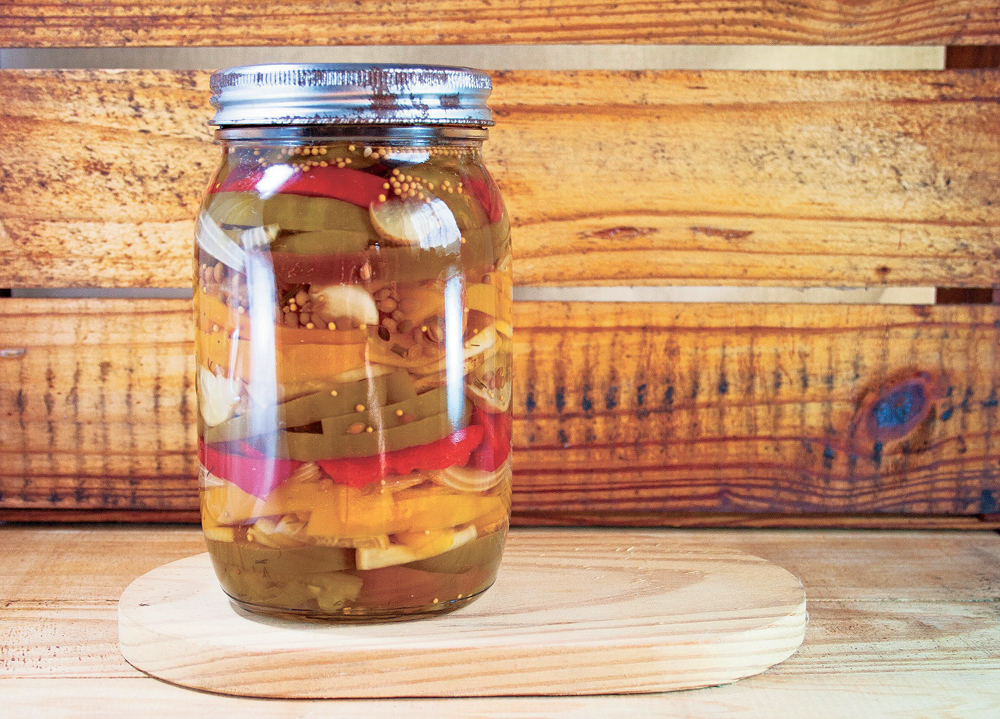 It is the time of year when most are desperate to preserve the last vestiges of summer before autumn arrives and everything either goes into hibernation or dies.

But death can be delayed—at least for some pieces of produce. Pickling extends the lifespan of food through the scientific wonder of brine fermentation or vinegar immersion. And while anyone can peruse the limited pickle shelves at their local supermarket, true pickling prowess lies in collecting, dressing and jarring one’s own sour selection. The art of pickling has been around at least since the ancient Mesopotamians used the process in lieu of refrigeration around 2400 B.C. And if it’s good enough for the Mesopotamians, it’s good enough for modern mankind.

There are three basic categories of pickling candidates: vegetables, fruits and “other.”

Let’s start simple with veggies and fruits. Rather than watch their hard work wither in the refrigerator, home gardeners can take their harvest and, with a few special ingredients, preserve it well beyond the expected expiration date. Of course there’s cucumber pickles, but really, if you pick it, you can pickle it—this includes veggies like carrots, okra, beets, peppers, turnips, cauliflower, cabbage garlic, Brussels sprouts, eggplant, radish, tomatoes and more. Fruits also deserve a long dip in the brine, with great options including peaches, lemons, watermelon rind, cherries, kiwis, blueberries, pineapples and apples. 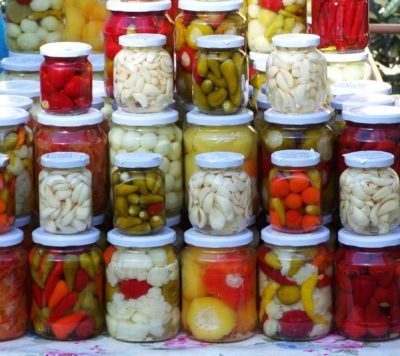 For all of these products, pickling has the power to completely change textures and flavors—transforming watermelon rind from inedible garbage into an all-new food with a pear-like bite. Then there’s cabbage, with a pickling process that invents the ubiquitous Korean side dish, kimchi. This salted and fermented combination of napa cabbage and Korean radishes was stored underground in jars in traditional preparation, but now mostly kimchi refrigerators are used—thanks, FDA.

Then there’s the non-veggie, non-fruit pickling options, the mysterious “other” category. This includes items like eggs, corned beef, kielbasa, shrimp, pig’s feet and anything else that deserves preservation. Pickled pork, or “pickle meat” as it’s called in New Orleans, is what some connoisseurs consider the quintessential seasoning meat for red beans and rice, as well as other bean dishes. Pickle meat can be ham hocks, smoked ham or tasso.

We all have that pop culture-induced image in our minds of a giant jar of pickled eggs sitting behind the bar of a dingy, old tavern. Whether or not any pubs actually have pickled eggs is up for debate, but one fact is certain: Pickled eggs are more flavorful and last much longer than the standard hard-boiled egg.

So buy some mason jars in bulk, harvest the garden and clean out the fridge—it’s time to pickle and delay our food’s decomposition.