Wally Lamb Takes You There With New Novel

Writing from a female character’s perspective as a male author is a tall order for anyone born with a Y chromosome. That said, author Wally Lamb has found a way to do it that’s landed two of his prior books, 1992’s She’s Come Undone and 1998’s I Know This Much is True, not only on the New York Times bestsellers, but also as selections of Oprah’s Book Club. And he seems to be headed down the same path with the forthcoming HarperCollins novel I’ll Take You There, which is set to be released on Nov. 22, two days after the app goes live from Metabook.

In it, main character Felix Funicello (cousin of former Mouseketeer Annette) is a film professor who encounters the ghost of Lois Weber at a Monday night film club he runs at a former vaudeville theater. Weber, a real-life trailblazing silent film producer/director/actress, plunges Funicello into his past through the medium of films.

Here he reflects on the women who have had an impact on his life that include his post-feminist Gen Y daughter, his sister, with whom he once shared a complicated bond of kindness and cruelty and Verna, a fiery would-be contestant for Miss Rheingold Beer of 1951, whose tragic fate becomes the unexpected genesis for major events in Funicello’s family. Lamb credits his ability to create such strong female characters from growing up in a working-class family in Norwich, CT surrounded by women.

“I grew up with two older sisters and was the only boy in the family. We also had a couple of girl cousins who lived next door,” he explained. “The girls all sort of traveled in a pack and I kind of borrowed from some of my memories of that stuff. Felix’s childhood is in some ways like my own and he has been the focal character for a couple of novels I’ve written. Of all the books that I’ve written and of all the characters that I’ve cooked up, I think he’s the one that’s the closest to me.” 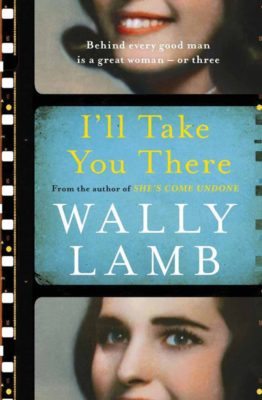 The inspiration for I’ll Take You There came from Lamb being asked by filmmaker Anne Newman to become involved with Beauty and the Beer, a 2016 documentary on the Miss Rheingold contest, from 1941-1964. Combined with Lamb’s love of classic Hollywood movies, he wound up with plenty to draw from to form the basis for his new book.

“I’d been approached by the director who was making a documentary about that historic ad campaign behind the Miss Rheingold contest,” he said. I started looking into that and the director, a woman named Ann Newman, was interested in doing a museum exhibit with a lot of the old ads. She also wanted to talk to me about doing a coffee table book. So I was thinking in terms of that and then the story kind of took over. I also love watching the old movies on TCM, and one day I happened to hear something about this silent film director who was a woman. I thought, a woman? So I wrote down the name, Lois Weber, and that took me down that path.”

As if having a new book out and a subsequent tour to go along with it isn’t enough, Lamb has other creative irons in the fire including the cinematic versions of some
of his earlier work.

“I’ve got a couple of movie projects going that I’m pretty excited about. One of them is a premium television series that I’m working on with actor Mark Ruffalo,” Lamb said. “He and I are working on bringing out I Know This Much Is True as a limited series that might come out in 2017 or 2018. It’s funny but when you called, I was nose-deep in a script that I’m not writing but am reacting to it for another of my novels called We Are Water. That’s in the offing and I’ve also started the really crappy first draft of the first chapter of a new novel.”