Walking On The Sunny Side Of The Street With Brian Wilson

Beach season may be over, but for Rock & Roll Hall of Famer Brian Wilson, he’s in the midst of what might be considered a creative endless summer.

The Bill Pohlad-directed Wilson biopic Love & Mercy starring Paul Dano (12 Years A Slave) and John Cusack both playing the erstwhile Beach Boy at different phases of his life, debuted at last year’s Toronto Film Festival and was critically acclaimed upon widespread release earlier this year. And while the musical side of the coin found Wilson touring with fellow rock legend Jeff Beck last year as well, he also returned to the studio, releasing No Pier Pressure, his eleventh studio album back in April, the first since 2011’s In the Key of Disney.

His latest studio outing found the past and present crossing paths as fellow Beach Boys Al Jardine and David Marks appear on it along with an array of newer artists including She & Him, Kacey Musgraves and Nate Ruess of Fun. And while Wilson admits “I don’t listen to very much radio because they don’t play anything but ‘80s and ‘90s,” he did say that he’d “…heard them on the radio a few years ago and remembered their names and called them up and they all came down one by one to do their vocals.”

Sounding light and cheerful on the phone from California, Wilson bypasses any small talk and is pretty direct with his responses while overall being upbeat. The new album was all about the hallmark in all of his songs (“We wanted to do something with a lot of good harmonies like the mid-‘60s Beach Boys harmonies.”), is an admirer of former touring companion Beck despite the duo deciding not to put out some recordings they’d done prior to the tour (“He’s a great guitar player…and he sings well”) and was quite the fan of Dano and Cusack’s work in Love & Mercy (“I thought Paul sang very well and John had my sense of humor down pretty good.”)

In the meantime, Wilson’s musical dancecard continues to plow ahead with one notable event that involves his being booked to play the 2016 version of Levitation (formerly the Austin Psych Fest) in late April through early May of next year, where he’ll be performing his 1966 masterpiece, Pet Sounds, in its entirety. Not unlike how he’s turned around his life in recent years, he’s handling the idea of recreating such a studio-identified project in a live setting very much in stride.

“We did [Pet Sounds in concert] many years ago but we’re going to rehearse it sometime in early January.”

With Wilson’s long history of battling mental illness, you’d think he’d have had more trepidation watching this film, particularly since much of it focuses on the time of his life when he was under the care of the controversial late Dr. Eugene Landy (played by Paul Giamatti in the film), who went from being Wilson’s psychologist to eventual business manager, co-songwriter and executive producer. Interestingly enough, Wilson chose not to comment on the 1995 Don Was-directed documentary I Just Wasn’t Made For These Times. 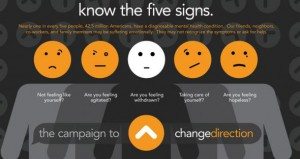 Sounding like he’s in a much better place than during those darker times under Landy’s care, Wilson has also become more of an advocate for mental health issues through his involvement with the Campaign to Change Direction, a national initiative to broaden the understanding of mental health by encouraging all Americans to take a pledge to learn the Five Signs of emotional suffering and to care for their mental well-being just as they do their physical well-being. Having been personally touched by this issue, it’s something Wilson really believes in when he was asked about the importance of something like Campaign to Change Direction.

“My wife Melinda and I are very excited to be part of this campaign become something like this really helps people get through rough times,” he explained.