Waiting On A Line Is A Way Of Life 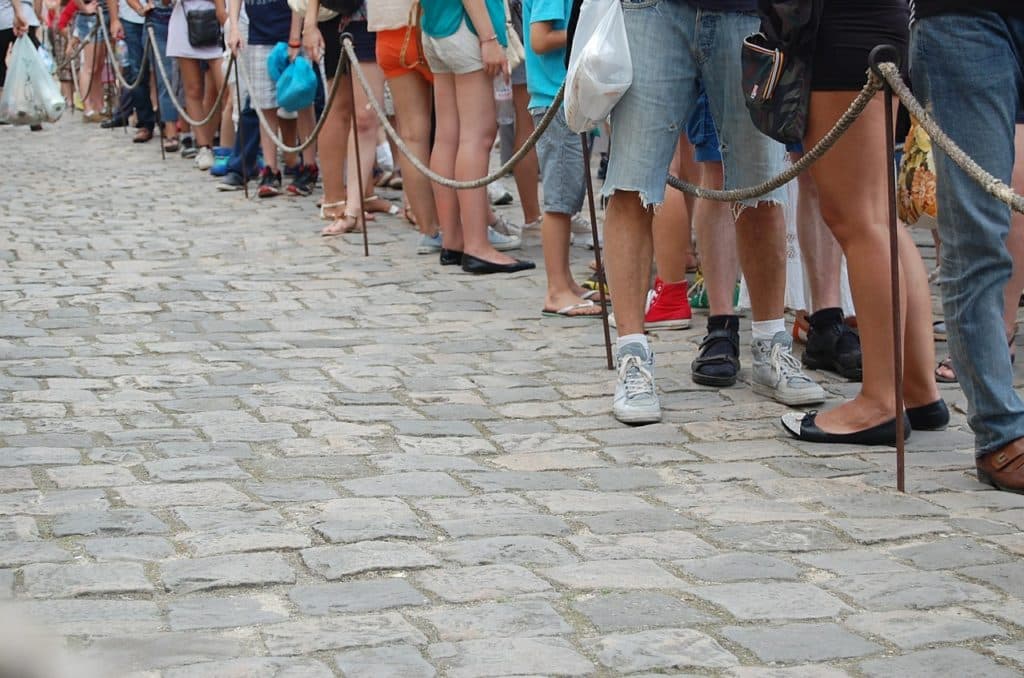 Most Long Islanders would agree, there are few places where you don’t have to wait on a line. Everywhere you go, there seems to be someone in front of you. There’s traffic, the Department of Motor Vehicles and even the local deli. It’s the main reason homeowners add a second bathroom.

Some places, waits are expected. You don’t spend thousands of dollars on a Disney vacation planning to walk directly onto Space Mountain. You know there is going to be a wait. The question is, how long? For most major theme parks, managing wait time for customers at their attractions is big business.

Millions are spent on the “preshow” experience leading up to the main attractions, packing them with visuals to distract from the reality of 1,000 people still in front of you. At Universal Studios, they immerse their guests with the sights, sounds and magic of Hogwarts as they maneuver through the inside of the School of Wizardry on their way to the main attraction. Amazingly, we are OK shelling out our hard-earned money for the privilege of waiting 90 minutes for a four-minute ride.

Wouldn’t it be nice if the TSA could somehow improve the airport security experience? Instead of seeing hordes of travelers snaking through a seemingly endless line ahead, what about some video screens showing movies or TV Sitcoms? Anything to distract us as we shuffle along until it’s our turn to remove our belts and shoes.

There is no avoiding waiting on a line. Entering sporting events or concerts requires an initial security check line followed by another bottleneck to show your ticket. A double whammy. Once inside, you wait on one line to order food then another to pay for it.
Pre-planning is everything now. Bringing something to read at the doctor’s office or making sure your phone is charged is vital. When attending outdoor events, like music festivals, start your journey to the Port-a-Potty before you actually have to go, or you’ll end up doing a dance on the line.

But Mount Everest? In your wildest dreams, would you ever expect after months of preparations and spending almost $100,000 that there would be a line of people in front of you waiting for their turn to reach the peak?

Talk about pre-planning. At 29,000 feet, you need to have your own oxygen supply, which is calculated to get you up to the top and then safely down again. Experienced climbers say the 12-hour journey from the last base camp to the peak and back is now taking 5 hours longer because of the lines. How much small talk can you make in sub-freezing weather at that altitude for five hours? The images of climbers waiting to get to the peak of Everest are frightening and looks more like something that was Photoshopped than reality.

Unfortunately, miscalculating your oxygen supply can be a fatal mistake. Eleven people have died trying to get to the peak of Mount Everest and back this climbing season alone.
So, what’s next, waiting on a line to go to the Moon? Astoundingly, that might be true. Elon Musk, the founder of Space X, is scheduling the first commercial flight to the Moon sometime in 2023. They are not actually going to land on the moon, just make the roughly 240,000-mile trip to the moon, circle a couple of times and then come back. The entire process, including astronaut training, will cost a few months of your vacation time.

A Japanese businessman has signed up to take six to eight “creative” people, like architects, artists and designers, with him on the journey. Musk would only admit a trip for multiple people would cost, “a lot of money.” The original price tag, back in 2017 for a single passenger on the Space X trip, was about $150 million.

Let’s hope they don’t have to wait too long in the security line to get on board.