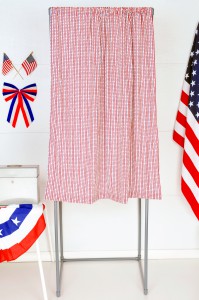 We’re getting close to Election Day. The large majority of voters have already decided in their minds if they’re going to vote or not, and for whom they’ll vote. For some, there is an avalanche of large postcards, phone calls, misinformation and vitriol. For others, it’s quiet. Too quiet.

In 27 out of the 63 State Senate districts, either the Democratic or Republican parties did not bother to nominate a candidate. The two “major” parties are seriously competing in 10 Senate districts, and several of these races will be dropped as Election Day gets closer and polling shows one candidate pulling away.

In 61 out of the 150 State Assembly districts, there is only one major party candidate, and both sides are really trying to win in only eight districts. On Long Island, only two districts, one in Suffolk and one in Nassau, are considered to be “in play.” Voters deserve real campaigns with real choices.

Incumbents are running for re-election in seven out of the nine State Senate seats on Long Island. As of last week, their campaigns have raised $3.32 million in direct contributions during this election cycle, out-raising their challengers by six and one-half times. No big shock, but four challengers have raised or spent virtually nothing (a fifth has suspended his campaign).

Those figures include only checks written directly to the campaign from individuals, firms and interest groups. They don’t include loans, donated materials and transfers from the state parties and other campaigns. All together, Long Island State Senate candidates have raised $4.86 million in direct contributions and $6.3 million from all obvious sources.

It’s now common for local and legislative campaigns to leave off any “disclaimer” statement (“Paid for by…”) on attack ads with particularly questionable, risky or sleazy messages. Some 42 states require disclaimers on political advertising, but not New York.

Since 2002, candidates for federal office have been required to “stand by their ads” on radio and television. Forcing candidates to associate themselves with the statements in their own advertising probably discourages some of the nastier or irresponsible claims.

The U.S. Supreme Court has gutted many campaign contribution limits, but has said that requiring disclosure of who paid for advertising is permissible. Yes, counties, towns, cities and villages can adopt their own disclosure rules for elections.

Requiring fuller disclosure of the sources of campaign advertising and contributions is just one reasonable reform that can realistically be adopted in this state. There’s no indication as of this moment that we’re heading for any kind of large-scale change.

We can move ahead on a series of small things that can help make these campaigns a little more pleasant, a little easier to follow. Help us to learn what or who we’re really dealing with.

The most important single predictor of whether an American will vote or not is if they saw their parents vote. So, even if the campaign season has made you feel put upon or left out, even if you don’t actually mark the ballot for any candidate, go to the polling place or sit with your absentee ballot and let your family see you go through the motions.
Give the kids a fighting chance to do better than this.