View Migration of Monarchs At Clark’s Butterfly Garden This Season

Guided by a firm belief that positivity is far more contagious than negativity, the Long Island business owner is continuing to spread good vibes while keeping his dream alive.
Read more
TOP STORIES 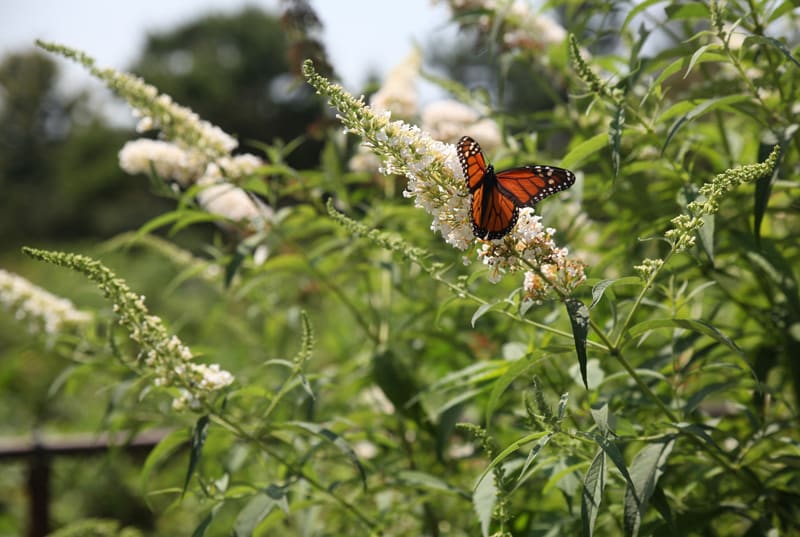 Town of North Hempstead Supervisor Judi Bosworth and Town Board members are urging North Hempstead residents to plan a visit to Clark Botanic Garden’s Monarch Butterfly Garden Waystation, during the annual spring migration of the monarchs. An estimated 121 million monarchs are expected to migrate north from Mexico sometime between mid-May and late-June.

“As monarch butterfly migration season gets underway, head to Clark Botanic Garden’s butterfly garden to view this wondrous phenomenon of nature!” said Supervisor Bosworth. “According to experts, this season promises to have an abundance of monarchs as they migrate on their journey. Creating a specialized garden to attract pollinators, like bees and butterflies, is critical to sustaining them during this time.”

While monarchs are found across the United States—numbering some 1 billion in 1996—their numbers have declined in recent years, a result of numerous threats, particularly loss of habitat due to agricultural practices, development and cropland conversion.

Last year North Hempstead took the National Wildlife Federations Mayor’s Monarch Pledge, which recommends actions, such as establishing a certified Monarch Waystation Garden, to help the declining population of monarchs and other pollinators. As part of the town’s pledge, the way station garden was established this year and features plants to help sustain the monarch’s migration.

Previous articlePollinators: The Importance Of Bees In Our Gardens
Next articleMeet The Cast of Forbidden Broadway at The Gateway