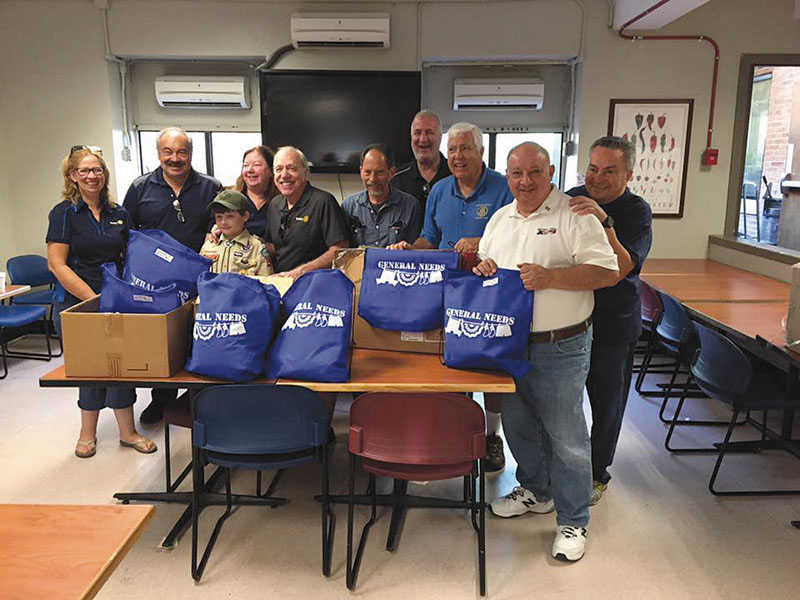 In 2008, General Needs founder Lonnie Sherman volunteered at a monthly “hot meal” service at the Northport VA Medical Center in a veteran’s emergency homeless shelter. Sherman noticed that during November through December, some civic groups and individuals came in to offer clothing and coats to the residents in the shelter. These veterans are housed for up to 90 days while undergoing treatment for PTSD, substance abuse, mental and physical therapies as well as medical procedures. However, in January, and the rest of the year, little was offered to assist the veterans. In conversations with the veterans and the social work staff it became obvious that the residents needed simple, everyday items such as underwear, socks and T-shirts; stuff that was rarely donated to the shelter.

In soliciting family, friends and business associates for support, Sherman would ask, “doesn’t everybody like to open a fresh, new bag of underwear?” He would pool donations of these basic undergarments and money—including from his own pocket—until he had accumulated and purchased enough items to service 40-45 veterans. He would pack the clothing in reusable shopping bags and thus provide a “Distribution with Dignity” by handing out new, much-needed, appropriately sized goods for the veterans. Sherman always included a smile and a look in the eye while providing a heartfelt “thank you for your service” handshake.

Distributions went from sporadic to quarterly to monthly with the assistance of family and friends’ participation in this cause. In time, Sherman came to understand these veterans lacked many other basic necessities such as toiletries, seasonally appropriate clothing, footwear, etc. Sherman’s solicitations for support led to increased donations, the eventual result of which became better service to area veterans by Sherman’s organization, General Needs.

In May 2015, General Needs Ltd. became a federal 501c3 nonprofit charitable organization. In addition, General Needs Ltd. applied and was granted the certificate for not-for-profit registration from Suffolk County Veterans Service Agency and is registered with the New York State office of the Attorney General. General Needs now services “monthly” veterans housed at emergency shelters for homeless veterans from Brooklyn/Queens to Riverhead.

General Needs draws its support from Long Islanders who are compassionate and concerned about those who have served the country. The organization draws no salaries nor takes any goods or money collected for personal benefit. To volunteer or to make a donation, visit www.generalneeds.org or call 631-266-1672.