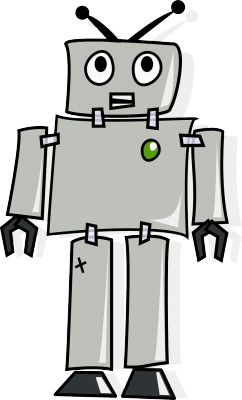 The robot is programmed to assure you that it’s a real person. It even giggles and suggests that you have a bad connection.

I’m a person. I can’t believe you say I sound like a robot,” but it’s a robot, programmed to respond to that question.

Polite people think they’ve hurt someone’s feelings and soon may be answering questions about their need for some service, policy or home improvement.

This is the sophisticated state of “robocalling,” machine-dialed, often pre-recorded telephone solicitations that can wreck quality of life for people on too many lists. Unsolicited telephone calls annoy everyone, but they’re a major problem to people who spend days at home. These calls clearly target Seniors, many of whom receive several unsolicited calls a day. Sometimes it’s utterly out of control. Last year, I got 22 robocalls in two days, all with bogus Caller Ids. Someone in the household must have clicked on the wrong link online.

Any automatically-dialed number is technically a robocall. The several-second pause between your hello and their response is the “predictive dialing” machine detecting a human voice and passing you on to “Joe” with the heavy Mumbai accent, calling you from “Windows Control Center” or from “Tax Department” or that solar panel program. Die, Joe. Eat poo and die.

When I re-registered on the federal and state Do Not Call Registries a year ago, just to make sure, the number of calls on a typical day clearly increased. Some organizations do get fined by the Federal Trade Commission for violating Do Not Call and other federal telemarketing regulations (Bank of America, $32 million in 2013; Sprint, $7.5 million in 2014), but obviously this is not scaring off anybody.

The FTC receives over 3,000,000 complaints about Do Not Call violations every year. Americans get ripped off of $350 million each year in telephone scams.

Just as with unsolicited email, the worst thing you can do with a robocall is to respond, such as pressing a button or asking to be removed from the call list. All that does is confirm that they’ve reached a “live” number and made your information more valuable in the marketplace. 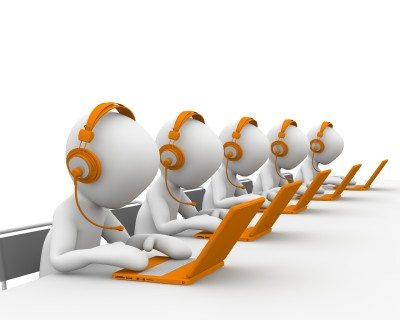 In 2013, the FCC put up its hands and turned to the public for help. They offered a $50,000 prize (“The Robocall Challenge”) for the best ideas on how to stop unwanted robocalls. Over 800 people responded and a Long Islander, Aaron Fuss, was a co-winner with his Nomorobo call-blocking service. Fuss has become something of a consumer protection hero, and his basic service—which is free—uses a database of over 170,000 known robocallers to check your calls and block known creeps. Primus Telemarketing Guard is another free service. There are several fee-based services now available for landlines. Call Control, Mr. Number, PrivacyStar and TrueCaller are apps available for mobile devices.

Telephone carriers could stop most robocalls if they wanted to, using available technologies.

Since last year, Consumer Union has collected over half a million online petition signatures (see endrobocalls.org) to pressure carriers, the FTC and Congress to act. Recently, Time Warner Cable gave in and announced it was encouraging customers to sign up with Nomorobo, but companies like AT&T, Verizon and CenturyLink are still refusing to add blocking tools to their services and product lines.

A loophole in the Do Not Call regulations is that professional solicitors who get you to donate to one group now have “a professional relationship” with you and can call you for twenty other groups. Local organizations (police, firefighters and disease-related causes), please tell us which groups you endorse or don’t endorse, once and for all.

The situation isn’t hopeless, but it will take multiple angles of attack.