It’s been said that while the Velvet Underground may not have sold many albums, seemingly every fan who heard them went out and started their own band. The same might be said of The Go-Go’s, with one major difference: this quintet became the first and only all-female group to play their own instruments, write their own songs and top the charts via their 1981 double platinum debut Beauty and the Beat. 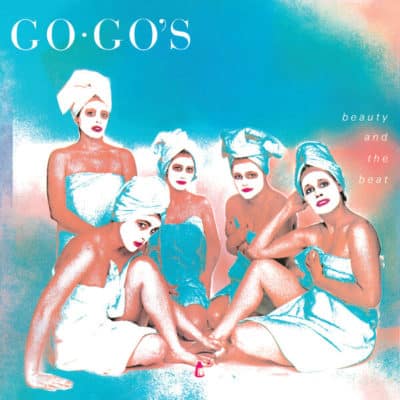 The classic line-up of Belinda Carlisle, Jane Wiedlin, Charlotte Caffey, Kathy Valentine and Gina Schock would go on to record two more studio albums and churn out a slew of hit singles (“Our Lips Are Sealed,” We Got the Beat,” “Vacation,” “Head Over Heels”) before seeing the Go-Go’s break up for the first time in 1985.

During that four-year window, the Go-Go’s were the first southern California punk band to achieve this kind of massive crossover success and blazed the trail for a number of all-gal groups ranging from The Bangles to Bikini Kill and Haim. The Go-Go’s, the recently released Alison Ellwood (History of the Eagles; Enron: The Smartest Guys In the Room) Showtime documentary is the latest testament to the band’s legacy.

The band approached the Australian director through a mutual friend. A fan dating back to the group’s early days, Ellwood helmed what became a two-year project that launched in 2018.
“They actually came to me, decided that they wanted to make a film and were ready to do that,” Ellwood recalled. “I absolutely wanted to do it and we agreed to do it. Then it took some convincing to get them to actually do it. The biggest challenge was having to cut it to time because there was so much fun stuff we had to edit out. That’s not a bad problem to have, but a tough one since it’s hard making those choices.”

The 98-minute film does a solid job weaving in fresh interviews with the band, along with ex-Go-Go’s (Elissa Bello, Margot Olavarria, Paula Jean Brown); former manager Ginger Canzoneri; and IRS Records founder Miles Copeland, who initially signed the band to his label.

The inclusion of archival footage from the band’s early days playing venues like The Masque and the Elks Lodge strikes a particularly intriguing note, tracing the Go-Go’s sound to their little-discussed punk roots. Ellwood’s editing follows how the Go-Go’s sanded off their early rough edges and honed it into the guitar-driven pop that powered their breakthrough success, landing them an opening slot for The Police and on multiple Rolling Stone magazine covers.

The early part of the group’s history came as a surprise to Ellwood.
“I didn’t know how deeply rooted they were in the punk scene,” she said. “I always assumed that they were more pop always. It’s fun to see their progression, even with the pop punk. When they start playing ‘We Got the Beat,’ they play it very punk and then they start slowing it down. That early footage showed how fun and funky they were when they started out.”

Inevitably, substance abuse, creative differences and ego-driven personality conflicts led to fissures in the group that led to Canzoneri’s dismissal. Wiedlin’s decision to quit in 1984 and finally Carlisle and Caffey summoning Valentine and Schock to their new manager’s office to inform them the band was being dissolved in May 1985. Hearing the latter two recount the callous manner in how this news was delivered is still jarring and disturbing, even if it happened three decades-plus after the fact.

Since that breakup, the Go-Go’s have reunited a handful of times, collaborated on a Broadway musical based on their canon (Head Over Heels) and even recorded a its first new song in 20 years, “Club Zero.”

The band’s 40th anniversary tour is postponed until 2021 due to the pandemic. For those needing a Go-Go’s fix, the candid nature of the documentary makes for both intriguing and uncomfortable viewing. For Ellwood, a greater good came out of this project.
“The really good thing about this project is that it resulted in some healing and the band finally got to talk about some of the stuff that happened that they kept inside and might have held grudges over,” Ellwood explained. “So there is real healing there. It shows that they can look at the film, have enough perspective about what they went through with their relationships and be able to forgive. And that’s enormous and exciting for me.”

The Go-Go’s is currently airing on Showtime.